The BOMBSHELL revelations exploded at the Wagatha Christie showdown today when Wayne Rooney poked a boot into Vardy’s camp.

The Derby County manager was forced to intervene today after Colin accused Rebecca Vardy of leaking stories to the press.

Faithful Wayne defended his wife when he testified in the explosives trial.

But some of his remarks sparked a verbal altercation from Jamie Vardy as the former teammates fell out.

Here are three of today’s most dramatic revelations… 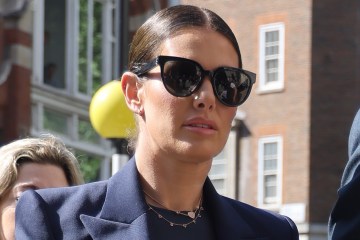 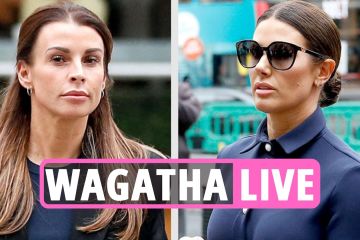 The former United star said he “didn’t want to get involved” but said the whole saga was “really traumatic” for Colin.

Wayne added: “I have watched my wife for the last two, two and a half years really struggle with everything that has happened…become a different mother, a different wife.

“Hopefully, whatever the decision is… my wife, our children can move on and live their own lives.

“That’s not something we want to be a part of.”

In one of his most sensational statements, Wayne said he was asked to speak to Jamie about Rebecca back at Euro 2016 in France.

The player was approached by former England manager Roy Hogdson and assistant coach Gary Neville, who begged him to talk to the striker.

Wayne added: “They asked me, as captain, if I could talk to Mr. Vardy about his wife, and I think we all knew it was an uncomfortable topic.

It wasn’t just the pranksters that were at war today, but the hubs (husbands and boyfriends) as well when Jamie stepped in the ranks.

The first-class Leicester player appeared on the court today in spectacular fashion for the first time, criticizing Wayne’s statements about Euro 2016.

In a statement before the High Court, he said: “Wayne is talking nonsense.

Jamie’s sensational denial will surely do nothing for the former teammate’s relationship after Wayne also revealed that he was never “particularly friendly” with the player.

It also appears that Jamie actually accused Wayne of lying in court, though the former Premier League star doubled down on his claims earlier when he was questioned in the stands.

When asked if he actually ever spoke to Jamie, Wayne said: “I was sitting here under oath, I spoke 100% with Mr. Vardy about the situation.

“If he wants to pass it on to his wife, that’s entirely his decision.”