Let’s be honest, when we hear stories about falling for e-mail lottery schemes or phone call frauds, most of us shake our heads in disbelief at how gullible some people can be. But the truth is that not a single one of us is immune to being tricked, no matter how smart or savvy we may be. After all, our daily lives are full of seemingly innocent services and products that are just sneaky ways of luring us with promises and scamming us for every penny they can.

Thankfully, Redditor Doctor_Engineer recently decided to arm us with knowledge about the biggest gambits we should look out for. They reached out to fellow members of ‘Ask Reddit’ with a short but interesting question: “What is 100% a scam?” Needless to say, the thread immediately became a hit.

From questionable “free” seminars to multilevel marketing companies to malicious phishing tactics, people wasted no time in reminding us that we should never let our guard down. We at KristenBellTattoos.com scoured the thread and gathered some of the most memorable responses to share with you all. So continue scrolling, upvote your favorite ones, and be sure to share your own takes about the big fat frauds that need to be exposed below in the comments.

Kids iPhone/iPad games. My kid is downloading these “free” games that constantly ask her to buy an extra skin or a treasure box of thousands of coins to upgrade and keep playing. It’s really scummy because they know exactly who their audience is, children who have no concept of money. 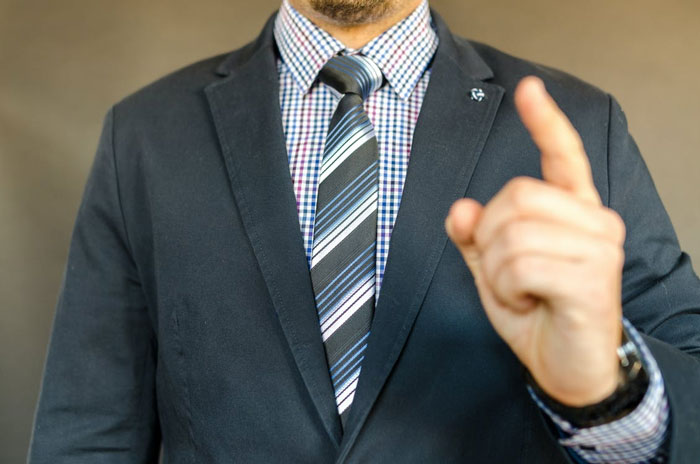 We can’t give you a raise yet because (X), but if you work hard and prove your competency, there will be a raise next year. 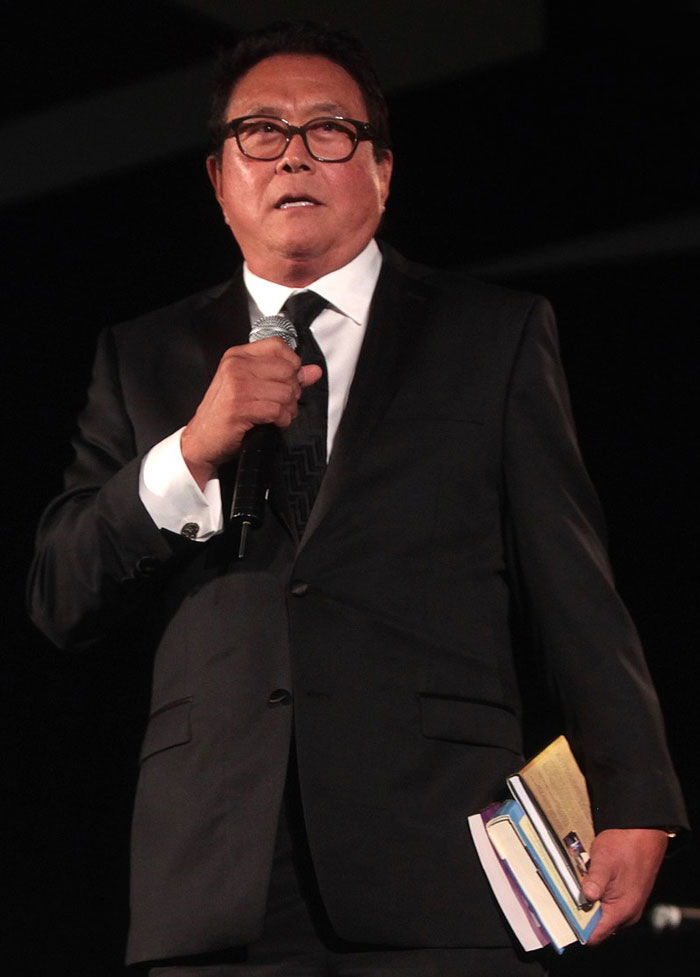 Anyone – A-N-Y-O-N-E – promising to teach you the secrets of becoming wealthy at a free seminar.

I have a family member that got sucked into the Kiyosaki b******t vortex. It’s a damn cult. 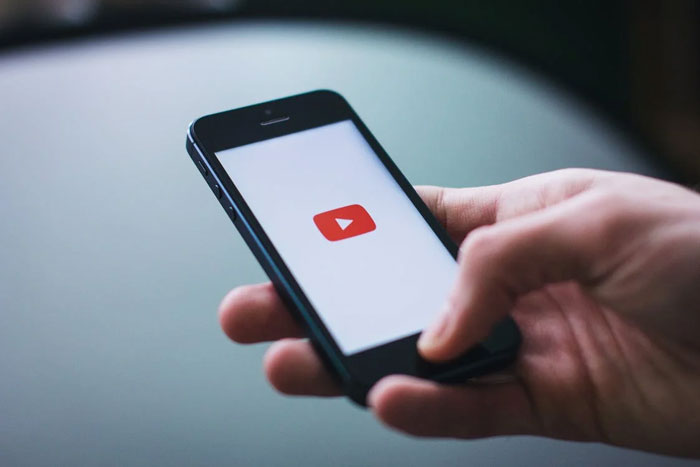 Pretty much all youtube ads these days. If it starts with “this one trick can” or anything like “doctors hate this” doctors hate it because they have to explain green tea doesn’t cure typeone diabetes. Tbh its flat out dangerous false advertising but youtube doesn’t care.

Homeopathy. Watering something down to the point you may not even be able to detect a single molecule of the ‘active’ ingredient is not medicine. It’s a circus attraction and there is a sucker born every minute. 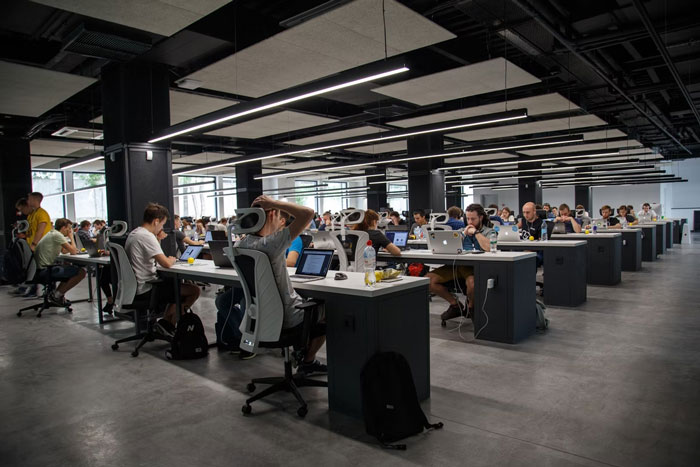 Work 110% at your job and you will be successful.

Yeah you’ll be successful alright doing the work of 3 people while the people who don’t work as hard get promoted because you are too valuable in your position.

Working 40 hrs a week until you are 65 so you can finally enjoy life. 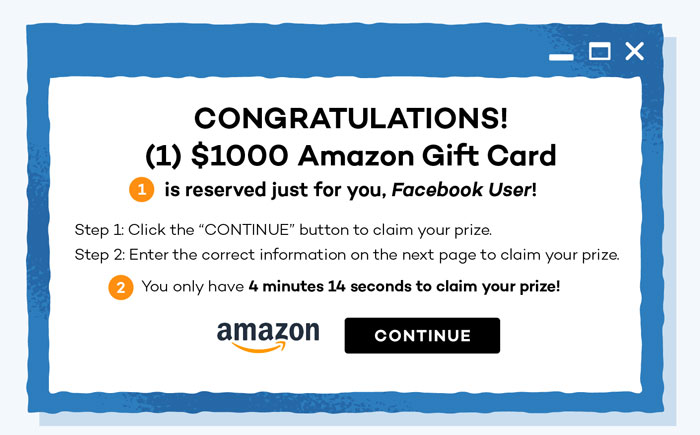 You didn’t just win that you don’t remember entering. They just want you to send them money to process your “winnings” and by winnings I mean scam you for every penny they can.

You grandkid/cousin/goddaughter did not get kidnapped, stranded, or had an emergency in a foreign country. If it makes you feel better, call your family and ask. 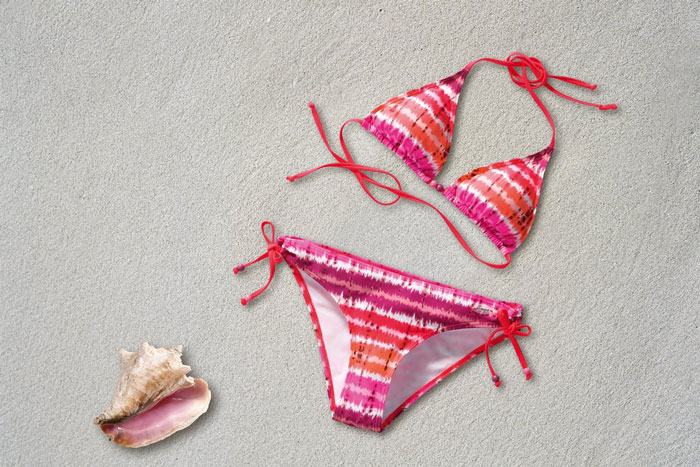 Low stakes but bikinis. There is no way that little fabric/stitching should be like $80 for each individual piece 🥵 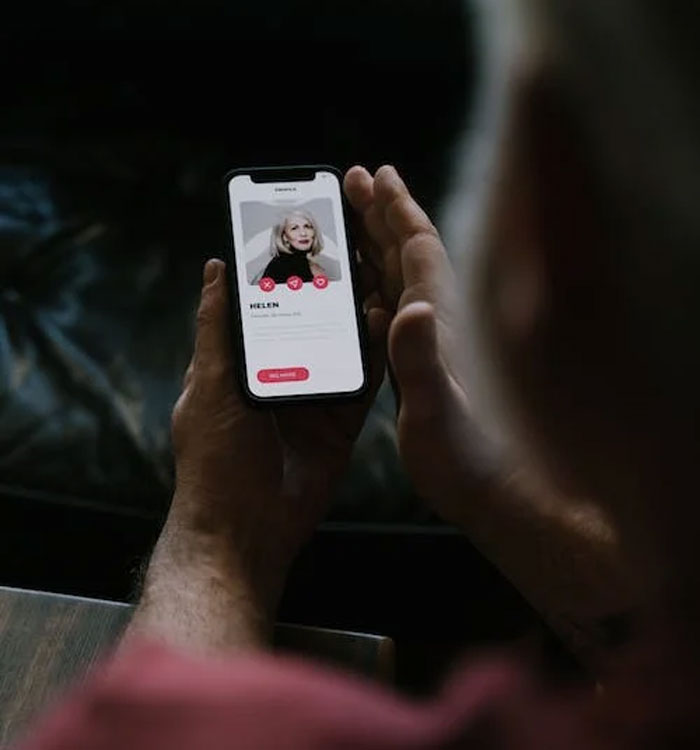 Online dating services with monthly subscriptions. Any business that gets more money by failing than succeeding will be designed to fail, succeeding *just* enough to make users feel as though they can succeed. Basically the same principle as casinos. 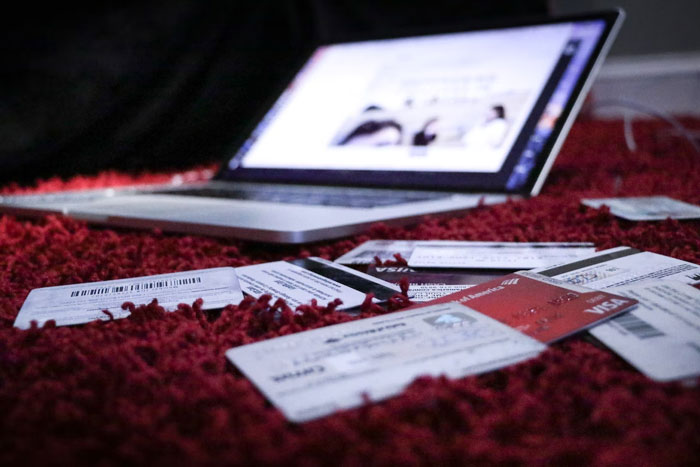 It’s not about your reliability, it’s about how profitable you are to creditors looking to milk interest payments as long as possible.

Diamonds… engagement rings in general as well. What a racket.

Most products peddled by influencers, hence the need to influence people into buying s**t 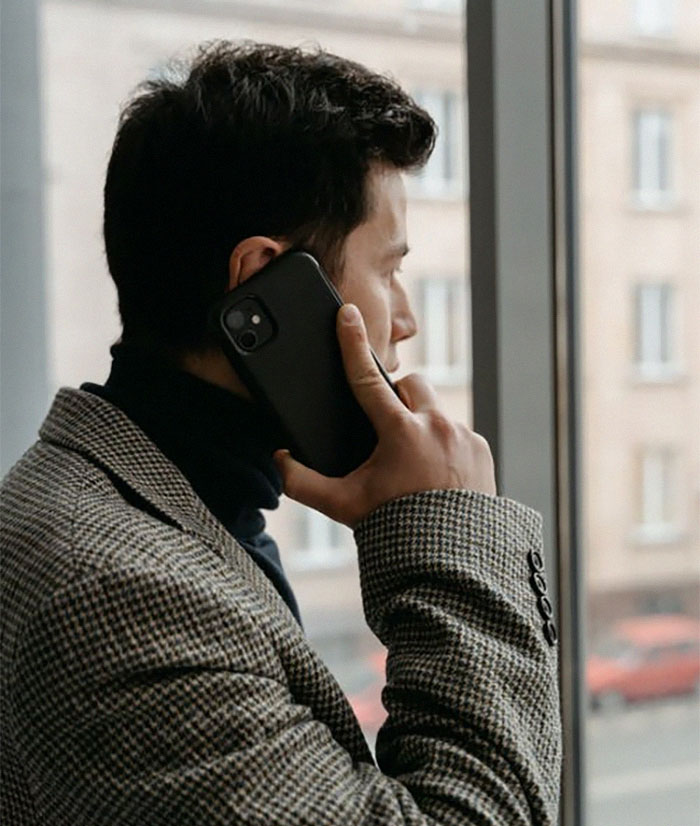 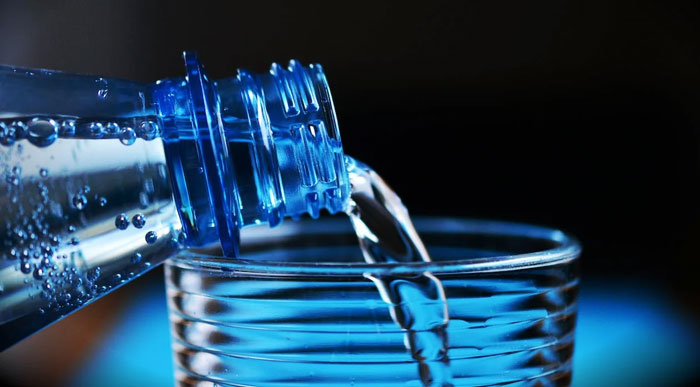 Hydrogen-rich water. Had someone I know (this person is also into MLMs) try to sell me a thousands of dollars water filter. I looked up if there were any legit studies done on the health claims, and as I suspected, I didn’t find any really compelling science. Turns out most of the claims pretty much line up with the health benefits of just drinking more water in general. 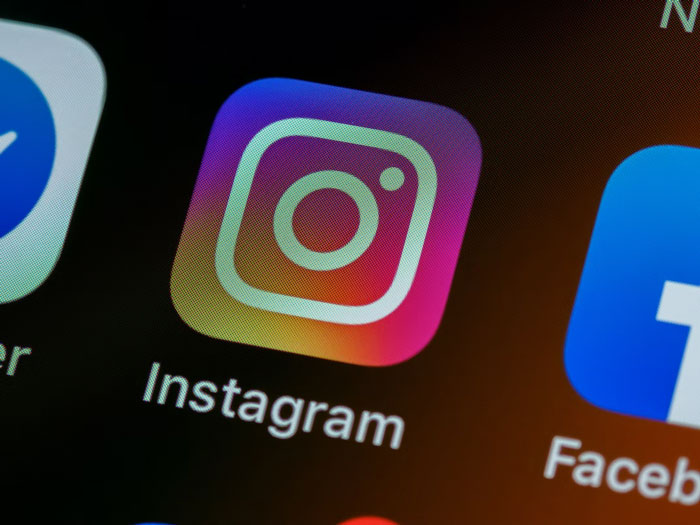 Multi-level marketing. We see it ruin families and turn people into vapid shells of their old selves all the time, but somehow these schemes are still up

Academic publishing. You do the work, mostly don’t get copyright, sometimes have to pay the publisher, and they make huge sums of money. Also, they ask you to be peer reviewers for which you don’t get any pay.

Your friend that has been absent in a few years suddenly showing up telling you that he /she has a fantastic job offer for you.

The Jehovah’s Witness religion. Its definitely a cult, I was raised in the religion until my 20s.

Nazism and all the similarly crazy racial supremacy ideologies. Not only do they sell on ideas that are demonstrably false (that certain ethnicities are both an omnipresent enemy that controls the world and cause everything bad but who also are in all ways inferior to the “master race”) but if they ever win – congratulations loyal brownshirt, you are now a peon under a regime that uses extreme violence to solve issues both real and imaginary. Nothing to gain and everything to lose.

Anyone that contacts you online claiming to be a crypto expert.

Paying for college in the United States.

College tuition is a full-on scam in the U.S. The thing I hate about the current educational system in the United States is that it is designed to put a college student in debt. As of 2022-2023, the average a student can expect to pay for one year’s in-state tuition, school-related expenses, and fees is $25,707 at a four-year state university, and for an out-of-state student it’s $43,421. As of 2022, the maximum amount of Federal Pell Grant money a student can get [per year is only $6895. That leaves the in-state student with $18,812 they have to cover somehow–and that almost always means borrowing the money. As a result, it’s common to see a student graduate college with a bachelor’s degree, and well over $50,000-$60,000 in debt that they’ll have to start paying off about six months after they get out of college. The government knows this, and the lending institutions know this. Students are actively getting screwed by this system.

Any time you get a cold call about your computer being infected and only their certified tech can help you. This applies to popups or emails as well. By the gods, don’t give them remote access to your system. They can see everything, modify anything, install anything. NEVER install a remote access application unless you would trust that person with you bank accounts, credit cards, medical records, SSN, etc. EVERYTHING on your computer is exposed 100% of the time they are connected. And they can install shit to let them connect back whenever they want.

Any cold email or call about your bank/credit/loan account. Never call the the number in these emails or letters. Look up a branch number independently thru a trusted source or go down in person.

The people that call my house trying to sell me duck cleaning.

I don’t have a duck.

Filling your tires with nitrogen for an extra fee.

The air we breathe is over 3/4 nitrogen and added that extra 22% nitrogen to your tires will add no benefits and cost you anywhere from $70 to as much as $179.

Unless they are doing it for free, you are being sold snake oil.

Unofficial Chinese-based webstores that appear to be for real brands.

ALIBABA CLOUD, ALIYUN, & NETIM register and host 100,000+ e-commerce websites (upwards of 100+ are added daily) that give the impression of an official online store. These sites offer brand name shoes, clothes, perfume, cosmetics, accessories, sporting goods, and toys. It’s a widespread international scam where they take your money for a purchase and then send you nothing or an unordered, low-value counterfeit item instead (ex. You order $75 Asics shoes, and maybe receive fake $5 Ray Bans). Your banking & personal information will also be taken & shared within their network. Some victims notice recurring, unauthorized charges before canceling their credit/debit cards.

This isn’t about someone ordering a real product and unknowingly getting a Chinese knock-off. This is more about web customers stumbling onto the wrong website during their search for official products or being directed to the scam website by a deal on social media, making purchases, and then never receiving anything.

Most of the financial system right now.

Most jobs. i.e. the value a worker provides is by FAR off to the wage they get in the majority of all industries, even if the job itself is not part of the “b******t jobs” subclass.

In most countries, “democracy” is just a scam, and does little to make substantial positive change, because of wealthy lobby parties with their own agendas who act much more efficiently in the bounds of the legal system than some votes every few years.

Most supplements, or the advertised need for them, and also most “superfoods” and their alleged health benefits or panacea properties. I can guarantee you, you can be of perfect health, in body and mind, and reach your genetic peak without ever even seeing an avocado or sniffing a preworkout.

The “War on Drugs” and for profit prisons.

The door to door pest control solicitor that came by the other day:

“Mike from a few doors down just signed up with us to take care eof his roach problem… Thing is all the cockroaches are just going to come over here now. Good news is since we have a few people on the block signing up we can give you a neighborhood discount of 40% off!”

Reputable businesses do not need to seek out customers door to door. Ever.

Don’t try and use debt consolidation or payday loans as a way to get out of debt. Or at least do a hell of a lot of research first. These are predators and you will end up in more debt than you started with unless you can beat them at their own game. And they do this as a job, you don’t.

Designer and most luxury brands.

You’re paying considerably more money for an often worse product all to show off to some of the worse people society has to offer. Shallow, materialistic, and empty people.

Unless you’re in kidney failure or DKA you don’t need to change your Ph, and EMTs and ER docs aren’t ordering supplies from Phountain.

Even if you could change the Ph of your own blood by drinking water, doing so would probably kill you.

Passport photos. 16 dollars for two small photos taken by a kid with a digital camera?