A child can go from the cutest pumpkin to the Grim Reaper’s terrifying messenger in a heartbeat.

Comedian Nash Flynn recently Turned to Twitter. With a story that perfectly illustrates this dichotomy.

In it, Flynn recalls the chilling time his son told him about the Wall People. You know, those people who sneak around your house, watching everything you do. 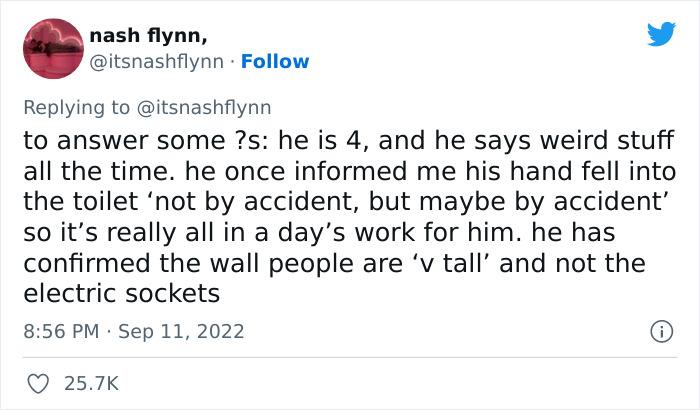 As Flynn’s tweets went viral, other Twitter users began responding to him with their own experiences. From Mr. Boom to Military Man, keep scrolling to learn about some of the fanciful (I hope!) creations kids come up with.