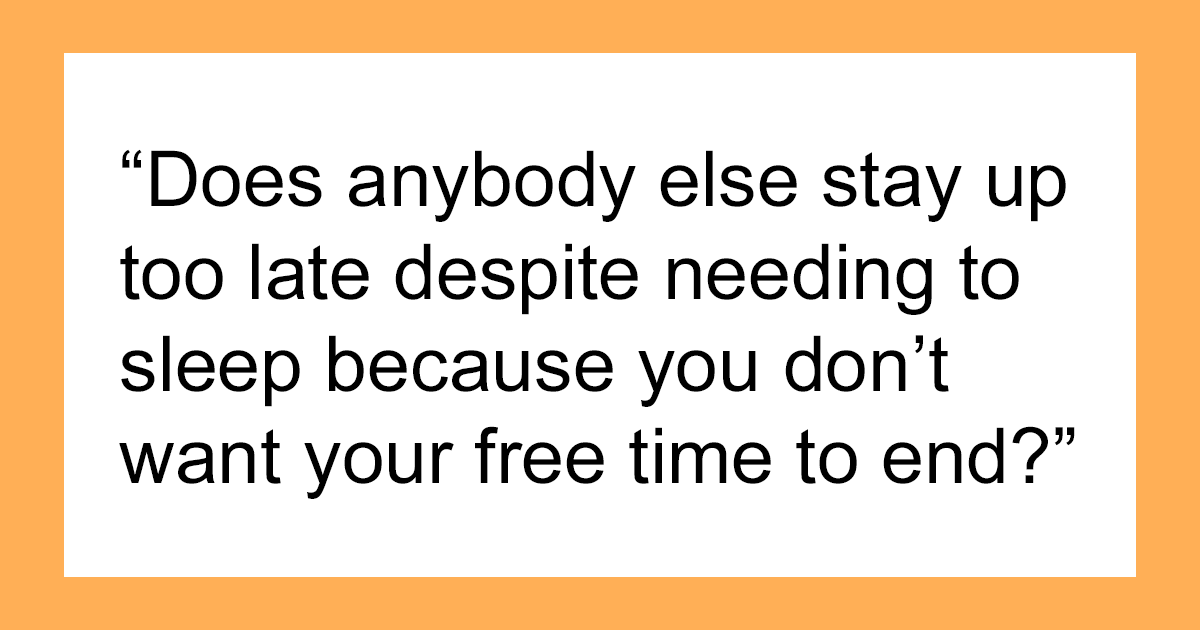 Sometimes, it’s easy to believe that you are. just one In the world that has ever had a particular idea or opinion. Or that no one else does things your way, because of you. But whether it’s a certain way you listen to music, get out of bed in the morning, or approach life in general, thinking you’re different can feel isolating. However, chances are at least one person understands what you’re going through. Finding them is sometimes a bit difficult.

If this is the case, you’re in luck! The 2.3 million member powerhouse on Reddit is entirely dedicated to this cause. Appropriate title “Is there anyone else…?”This online community invites people to anonymously ask questions they are curious about. It then helps them find like-minded people to share experiences with, spark lively discussions, and make them feel less alone.

We’ve scoured the group to find the most interesting posts you can relate to. So sit back, buckle up, and get ready for a wild ride where “DAE” was just the beginning of the conversation that followed. Be sure to vote for entries that hit close to home and share your thoughts with us in the comments below!

DAE gets so anxious about the things you need to do in your day that you just sink into a spiral of procrastination as your anxiety builds as you sit there doing nothing. Are you staying, instead of getting up and doing it? 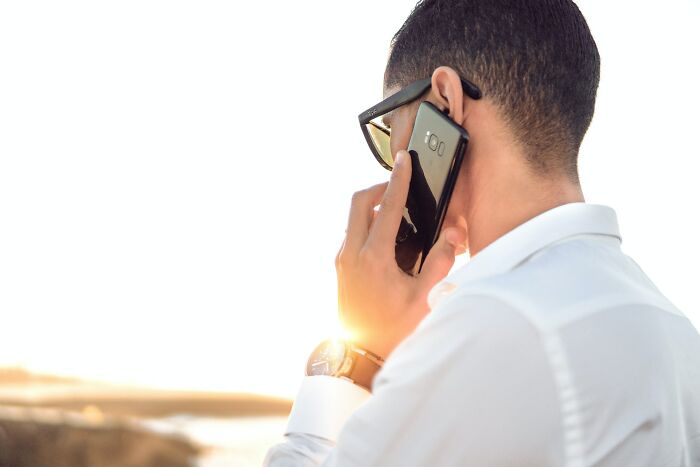 DAE Feeling strangely anxious before a planned phone call, video call, or meeting, even if it’s very casual and with your friend? 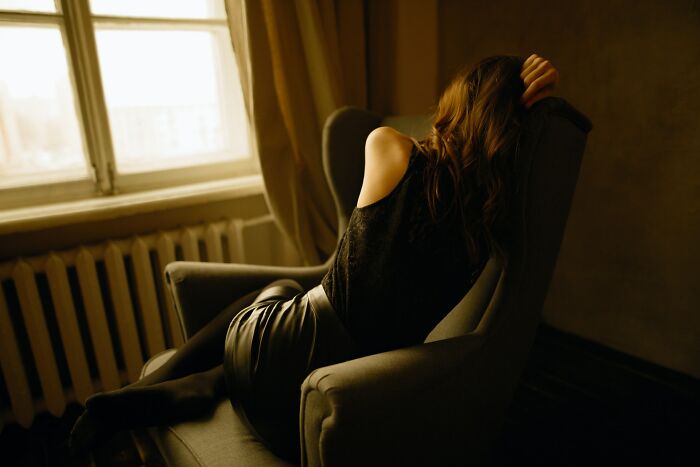 DAE Ever suddenly lose interest in everything and everyone and just want to spend your days in silence without any human contact? 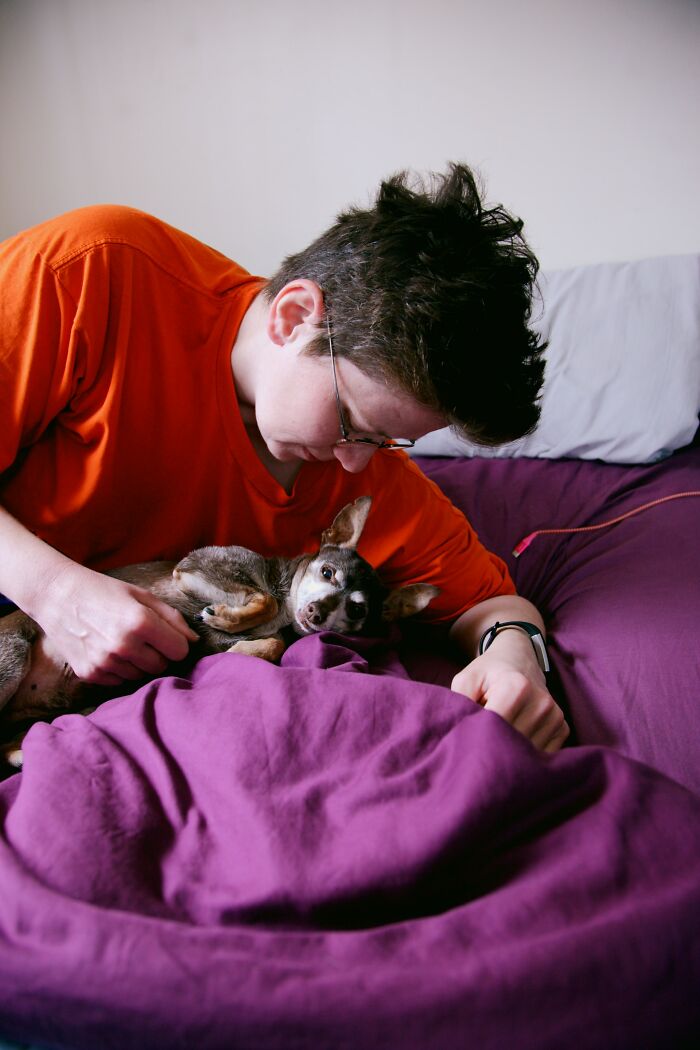 DAE When your pet clings to you, try to tell your pet why you are getting up and that you will immediately return and not move? 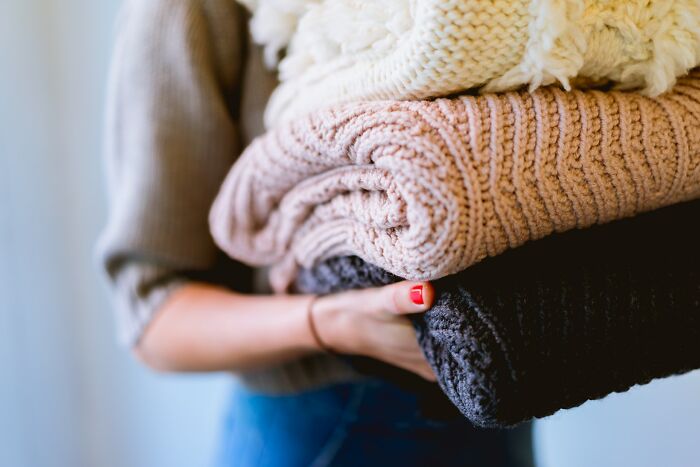 DAEs rarely take breaks when doing physical labor around the house because when they stop to rest they lose all momentum and don’t start again? 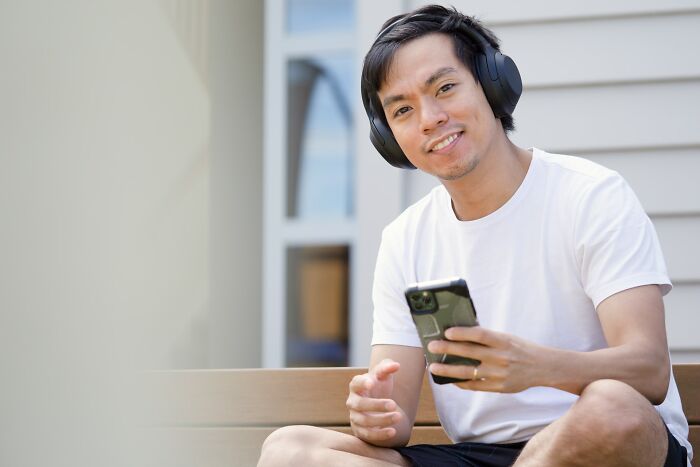 DAE think that the music they listen to is really good when listening to it alone, but when showing it to others, they are very self-conscious about it?

All the rice , Roy Javier Reports

DAE Ever hear their alarm go off in the morning and immediately start justifying quitting your job or skipping school to be in bed? 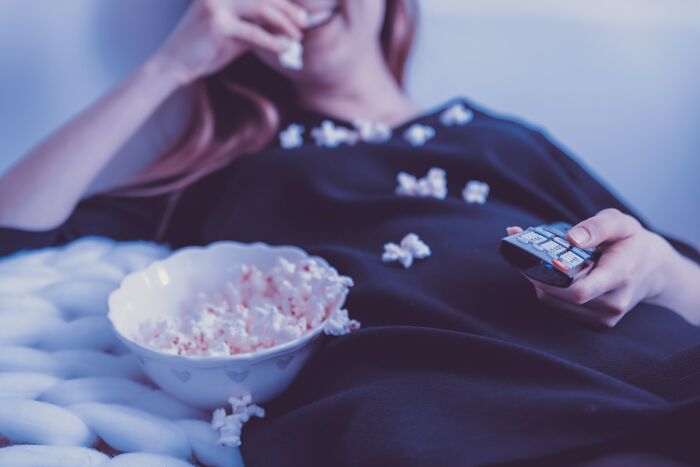 DAE never watches movies because 90 minutes is “too much of a time commitment”, but can easily watch 4 to 10 hours of TV in one sitting with no problem? 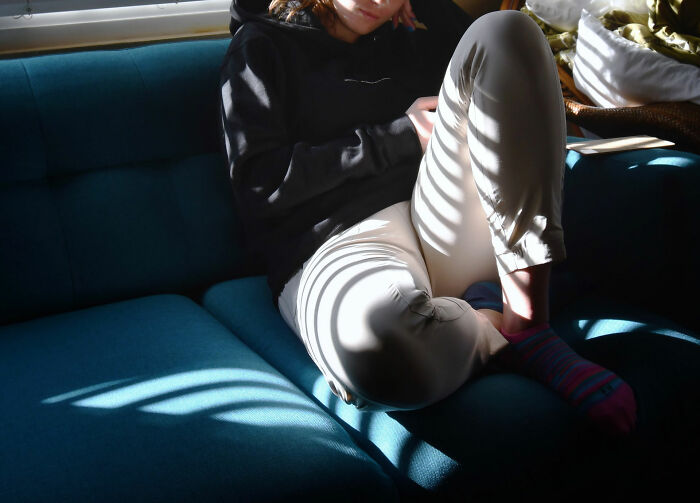 There are clothes between DAE? I wake up, get dressed… but if I have to go out in public, I have another layer of clothing for that. Then when I get back home I change back into crappy comfy clothes. anyone else? 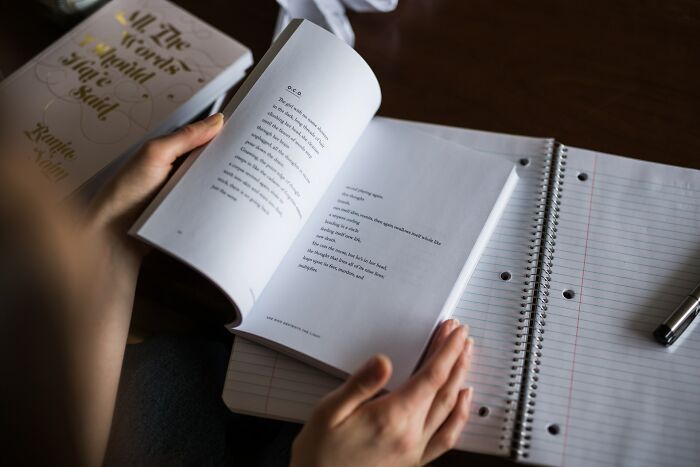 DAE used to count people in front of them when reading aloud in class to see which sentences you had to read and practice before it got to you? 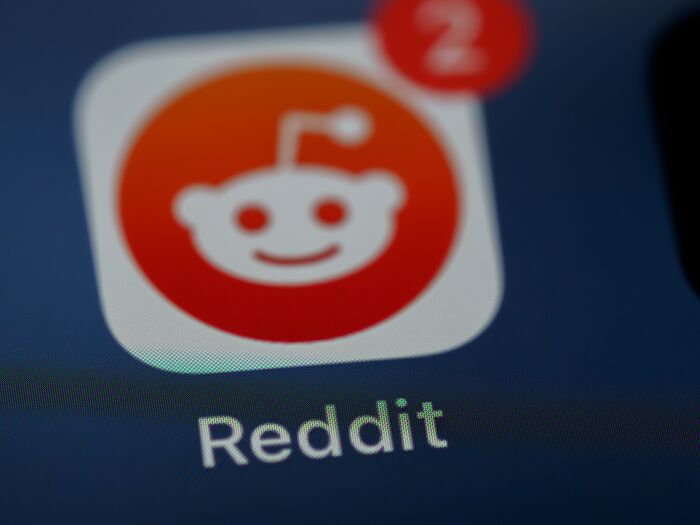 DAE put “reddit” at the end of their google search when looking for an answer because they trust reddit more? 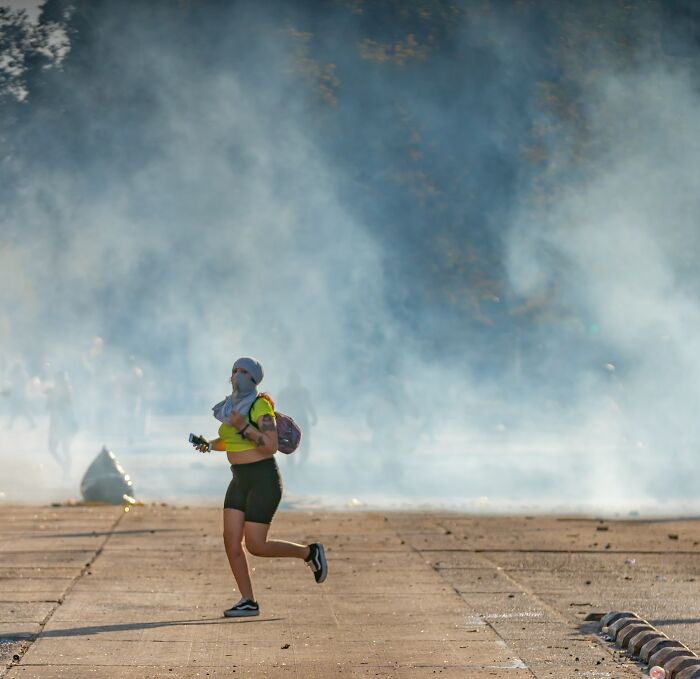 DAE thinks it is absolutely insane that police are using pepper spray and tear gas on protesters, which affects the respiratory system, when we are in the midst of a respiratory disease epidemic? 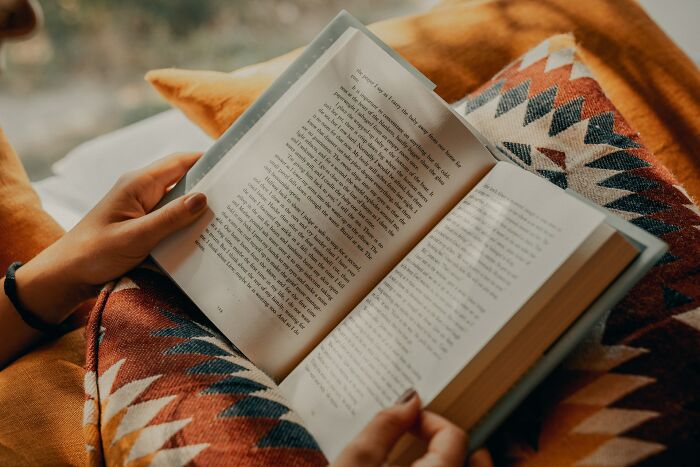 DAE (while reading a book) finds himself lost in thought and then catches up scanning the pages as if they were reading. 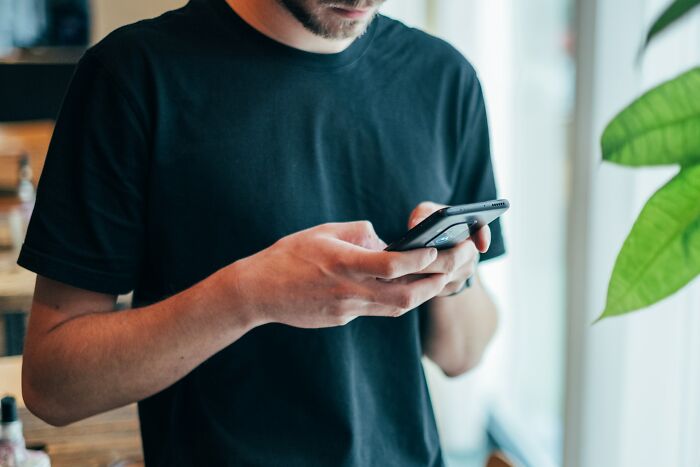 DAE sometimes gets halfway through writing a comment or reply, only to be told “hey, screw it.” And just move on?

DAE (What) used to think, when you were a kid, that stoplights were controlled by someone sitting in a room full of surveillance monitors to change the lights when they felt it was time. Pushing the button for?

DAE always says “ouch” every time you hit something even though it didn’t hurt?

DAE, when packing, take at least 2 times more underwear then you will ever need for the trip, ‘just in case?’

DAE When watching someone type, look at their keyboard to see if the wrong letter is close to the correct letter.

DAE Feel a little connected to the car you’ve been driving in front of or behind for a long time, and feel a little sad when one of you finally stops?

DAE thinks it’s not “tomorrow” until you go to sleep, no matter how late you wake up?

DAE just allows people to repeat something they’ve already told you without saying “you already told me that”?

DAE Randomly losing all motivation to do something because you briefly become hyper-aware that there is existentially no reason to ever do anything?

Does anyone else order food online and then stare out the window while waiting for the delivery person? Then once you see them you hide so that when they ring the bell you can pretend you weren’t waiting for them outside the window?

DAE tries to catch actors “breathing” during scenes where they are supposed to be dead during movies/shows?

DAE Imagine what the place you are in looked like thousands of years ago before humanity discovered it?

DAEs rehearse hypothetical arguments in their head to be prepared in case the imagined situation actually manifests itself one day?

DAE ever looks in the mirror and thinks “I really am this soul inside this body, with this form, living this life, thinking these thoughts about myself”.

DAE takes into account how long the driver’s eyes are off the “road” when talking to a passenger in a movie/TV show?

DAE puts on a sock and discovers a hole, but decides to wear it one last time after it’s clean? So you plan to throw it away after wearing it. But you forget and wash it again, and repeat the process?

DAE Go to the bathroom at gatherings just to get away from people for a minute?

DAE gets into random spurts of being productive and starts doing only what needs to be done at once and if you stop for even 5 minutes you go back to procrastination/laziness. are

DAE Forget to hear the other person’s name when introducing yourself?

DAE feels guilty when a repairman goes out of business and you’re not helping him, even though the reason you’re paying them is to do something you don’t want to do?

DAE Don’t actively want to use a product if it’s heavily advertised or shoved down your throat?

DAEs deliberately steer clear of video ads that force you to watch for 10 or 15 seconds before allowing you to click “Skip Ad” so they don’t get that satisfaction. What did they get you to see?

DAE feels like they have entered into this weird hibernating state of depression during the lockdown and have no more motivation to do anything and even miss watching TV shows. Is.

DAE HATE when books are adapted into movies and then reprinted with images from the movie on the cover?

DAE sometimes has a distinct smell that immediately takes you back to some vague childhood memory you can’t quite put your finger on, and for a few seconds you’re overwhelmed by a beautiful sense of familiarity and nostalgia when Until it disappears?

Do DAEs immediately change into their PJs when they get home, regardless of what time it is?

DAE carefully leaves the first “results” on Google that are marked as ads, even if the first real result is the same as the ad, just to prevent someone else from paying for your click?

DAE purposely doesn’t look at the shiny car so as not to give the driver an ego boost?

DAE Ever hide food wrappers under the trash can in the trash so your family doesn’t see the carnage that happened the night before your breakfast?

DAE sometimes tries to use a word you don’t use often in a post or comment but quickly google it first to make sure you’re using it correctly and like dumbs. Don’t see?

DAE feels the shock when they become adults and realize that many adults in this world are idiots?

DAE actually reads “Oooh/Ooo” as “Oh-Wah/Oo-Woo” instead of seeing faces?

DAE carefully choose the last bite of their food so that only a certain flavor lingers for a while?

DAE Pronounce “ur” and “your” differently in your head?

Does anyone else find it disturbing and even suspicious that there is so much media attention on the Depp-Heard trial while the case of Gheslin Maxwell (Epstein’s wife) was not even aired?

Does anyone else really like being shut down and get anxious at the thought of things going back to “normal”?

DAE gets annoyed when an announcer says “I can’t hear you” in an attempt to loudly cheer the audience.