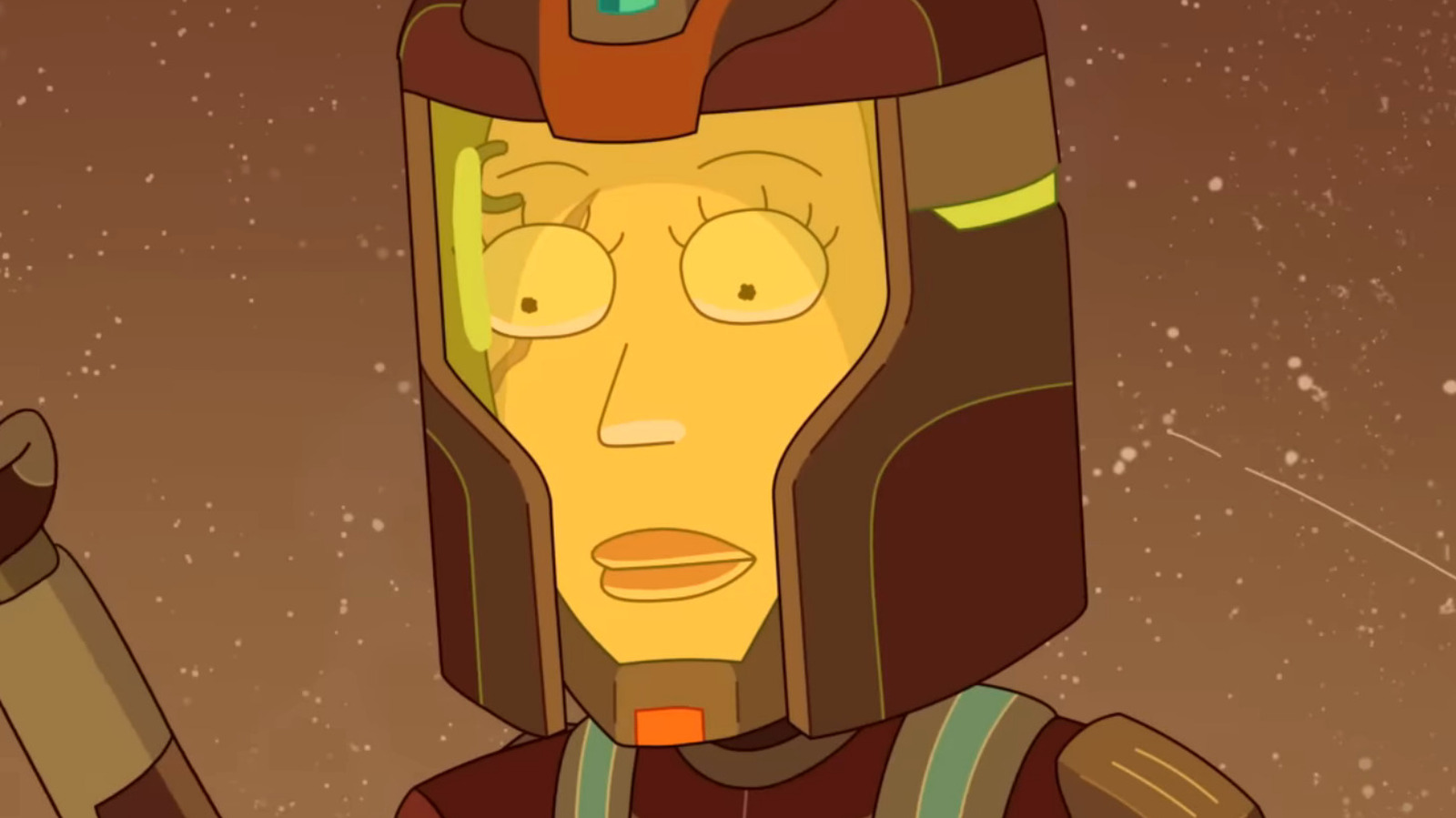 Over ice cream (secretly obtained from Rick’s garage), the tension builds until space Beth comes out and addresses the elephant in the room. “Jerry, I had sex with your wife. Or I’m your wife and I had sex with the clone you’re sleeping with. Your choice”. Hearing this, Jerry flashes back to a time in high school before he was together with Beth, when a friend warned him that she would be “too woman” for him. “Sooner or later, she will tear you apart,” says a friend. Back in the present, Jerry gets up and… curls up into a giant stroller.

Rick explains that when he and Jerry were both drunk, he installed the ability to curl up into a shell as a defense mechanism. Jerry literally crawled into his shell. Cosmic Beth wants to get him out, but Rick warns that it’s impossible even for him, and that if she hits a nerve, he will turn into Shrek. “In his own way, sadly, he took control.”

In a last-ditch effort to make things right, Beth asks Rick to erase all romantic thoughts about each other from their minds. Rick warns them that this is a bad idea, but he is about to do so when Jerry emerges from his shell, apologizing for the threat to kill himself and heading upstairs to collect his things.

Beth follows Jerry upstairs, followed by space Beth to talk to Jerry, who is still angry. Space Beth remarks, “You’re not angry because it was about you. You’re angry because it’s not.” Turning to Beth, she continues: “He wanted to resolve our love.” Jerry retorts, “It’s not The Handmaid’s Tale to obsess over your husband” (“Rick and Morty” is always full of pop culture references, but this episode is particularly rich in them).