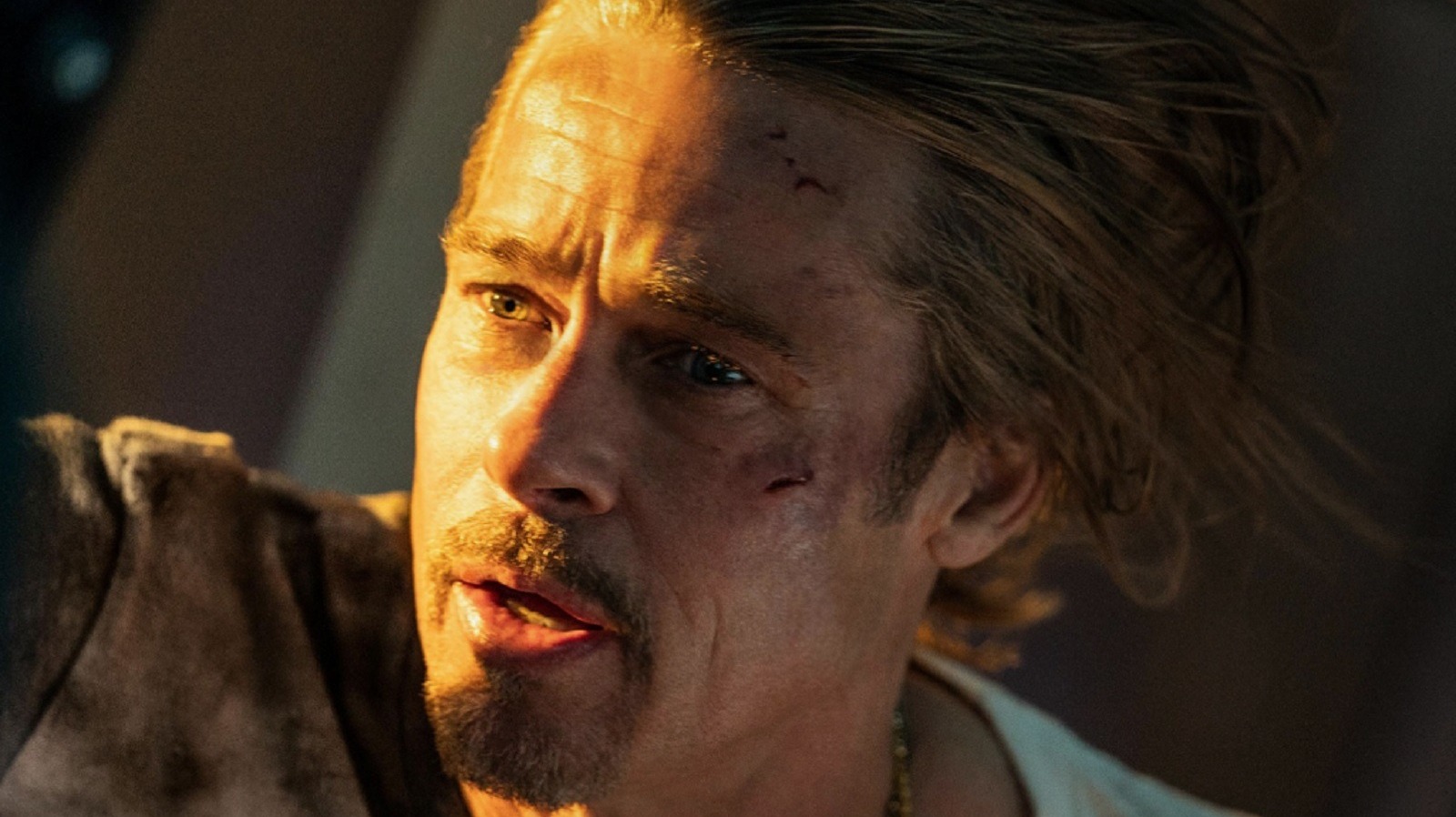 Brad Pitt plays Ladybug, a hitman who gets an ironic name because bad luck follows him everywhere he goes. Unsurprisingly, that doesn’t change when his handler (Sandra Bullock, mostly voice-over) gives him a job that another hit man turned down, a simple briefcase search mission aboard a bullet train bound for Tokyo to Kyoto. Of course, things aren’t as easy as expected, as several other assassins are on board with the same goal and won’t let any obstacles stand in their way. These include British hitmen Lemon and Mandarin (Aaron Taylor-Johnson and Brian Tyree Henry) and a mysterious sociopath known only as Prince (Joey King).

Shortly after boarding the train, the film surprisingly loses interest in Pitt’s protagonist for much of the first act, spending much more time with brawling British hitmen played by Taylor-Johnson and Tyree Henry. This is not a complaint; the pair have an infectious comedic chemistry that comes alive, helping them pull off jokes that would likely prove tiresome in the hands of any other performer. This is precisely the recurring joke about “Thomas the Tank Engine”, which, by conservative estimates, makes up roughly 95% of all Tyree Henry’s dialogue in a film that takes longer than in the hands of any other actor to become unbearable – although by the third act you, you will probably never want to hear the names of trains from the island of Sodor again.

If each killer in the film is styled after characters from a different action subgenre, this pair’s characters are the most obvious homage, feeling like they’ve just stepped in from an early Guy Ritchie movie, complete with Tarantino-esque pop. cultural riff. Their presence on screen is a sign that they never seem dated, even though the characters are far from the freshest archetypes imaginable. They’re not the first action characters to humorously comment on the unfolding drama the way audiences would, and they certainly won’t be the last.