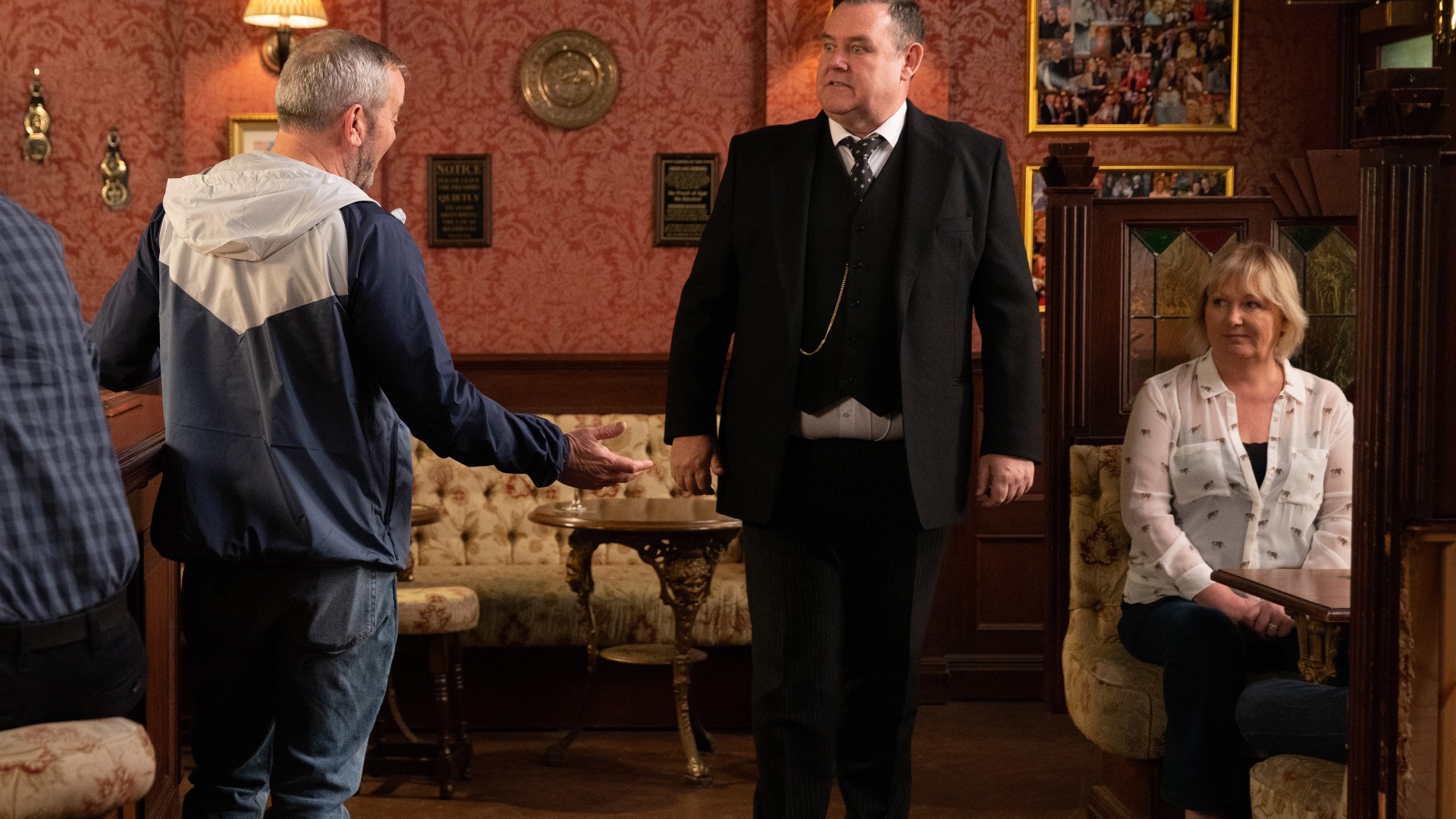 CORONATION Street fans are convinced newcomer Frank Bardsley has sinister motives after his sinister past was revealed tonight.

Frank, played by Simon O’Brien in the ITV series, has bonded with Sean Tully in recent weeks.

But on Monday’s episode, Sean introduced Frank’s new love interest to the other residents of Corry, only for George Shuttleworth to be shocked when confronted by his school bully.

Earlier in the episode, Frank called at number 11, and Eileen Grimshaw (played by Sue Cleaver) mistook him for an ex-prisoner who sells door to door.

She is mortified when Sean tells her that Frank is actually his boyfriend.

At the Rovers, Sean introduced Frank to George (Tony Maudsley), but the undertaker was embarrassed after recognizing a new face from his high school days. 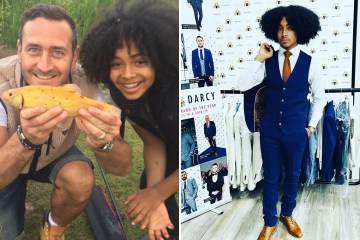 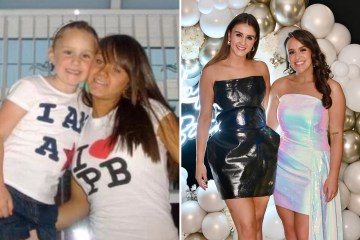 It was later revealed that Frank was not just a former classmate, he was actually George’s terrible bully.

The funeral director explained that Frank ruined his life at school.

George explained, “It seems silly now, it was so long ago, but Frank wasn’t very nice to meet at school.”

Eileen asked, “Did he bully you?

“I guess, I think there isn’t a George in the country who isn’t called Georgie Porgy,” he continued.

But the sympathetic Eileen said, “But it’s not very nice to be bullied.”

George continued: “No, it got really bad when they found out what my father was doing, their whole group found it very funny.

“Calling me names and throwing things at me are the usual awful childish things.

“Frank was usually the ringleader – he had that temperament.

“He would be very angry if he thought you were snubbed by him, and there was one day when things got really bad and I made the mistake of going against him, after which my card was marked.”

George said he kept quiet about the bullying and pretended to be sick to avoid going to school.

Remembering that terrible time, George continued: “Knowing that Frank was waiting for me at the end of the road, my dad took me to the doctors because I missed school so much.

“I still remember how afraid I was of him. When I saw him today, I got scared again, I… a grown man got scared.”

George explained that he was too scared to face Frank again and fled before Sean returned with him.

Corrie’s fans believe that Frank cannot be trusted and fear that Sean may be in danger.

One wrote: “Poor George. Still suffering after so many years of bullying. Frank is nasty. He hasn’t changed. Sean is in for a rough awakening.”

Another wrote: “So this Frank was a nasty work question, is he still terrible and could Sean be next in line? #Corrie.

A third added: “So he’s going to turn Sean into his new #Corrie punching bag.”