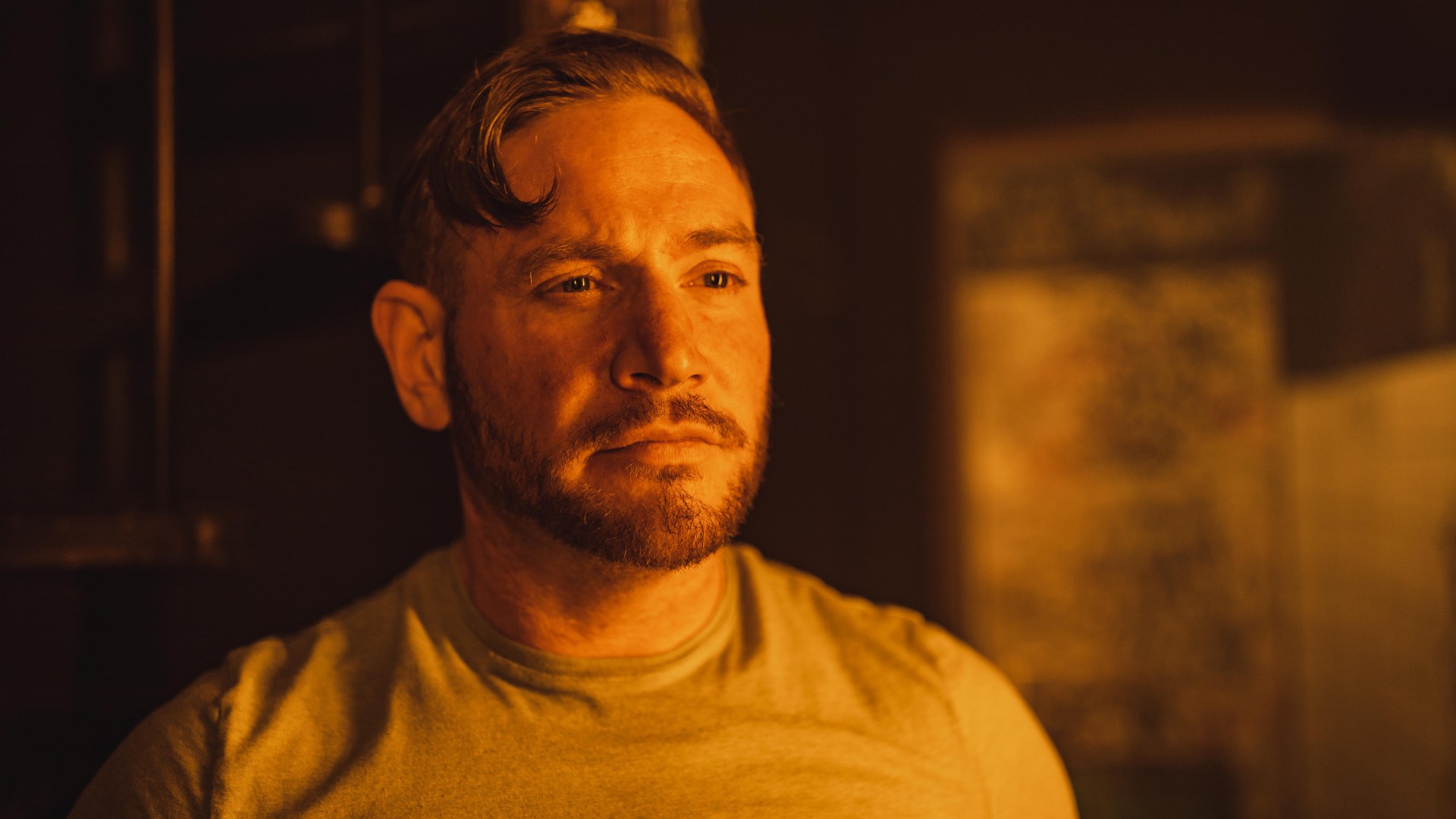 HARVEY McKAY is one of Scotland’s top techno exporters of the last decade and he continues to go from strength to strength with his new album Anatomy Of A Drum Machine.

The long turntable is Harvey’s most accomplished work, but he goes back to basics in isolation, creating sounds entirely from raw analog synths from scratch.

The album is also a very personal work and dedicated to his close friend. David Ballmer who suffers from motor neuron disease. All proceeds from the album will go to help David during this very difficult time for him and his family.

You can catch Harvey McKay when Sven Wat’s Cocoon lands at Studio 338 in London on June 11th. Click on the image below for more details.

Congratulations on the release of the new Anatomy Of A Drum Machine album. To me, this is one of your best works, which is saying something considering how long you’ve been releasing music?

Thanks Mark. Yeah man, I had my first release on my buddy John Virtue’s label, let’s say 2006-2007, he had an amazing night in Glasgow called Inner City Acid and the Artificial Silence label. After that, I got noticed by Slam’s Soma Records and signed to a few EPs and an album which made a big difference as they are such a big label. They really pulled me out of obscurity by finding big names like Daft Punk before they later moved to Virgin. I will always be grateful to them for believing in me and giving me a start then.

You dedicated the album to your friend David Ballmer, who suffers from motor neurone disease. Could you tell us a little more about David and your hopes that the album might help bring attention to this terrible disease?

Yes, Davey was one of my best friends growing up, we were together as teenagers, I almost lived in his house and I love and know all of his family, they are wonderful people. He was tragically diagnosed with ALS, the worst kind of motor neurons.

Davey is very sick right now. He found out about it at the end of 2019 and people tend to have a life expectancy of about a year after being diagnosed. But he is fighting in such a way that I am amazed at the hope for therapies that are being researched at the moment and that may come in time. I don’t know if I have the strength to do what he does. He is incredible. I’m so proud of him and decided to dedicate the album to him so he knows how much I care about him. Any profit made from the album will go to him. I hope this is also a way to help spread his story and show some love for my brother.

It feels like you really stretched out with your sound here (in the best way!). Can you tell us about how you approached making the album?

Thanks Mark, I spent a lot of time going back to basics and learning everything from scratch. Learning to extract every noise from raw analog synthesis, raw sound waves from scratch. It was a long but amazing process, a lot of fun and, to be honest, really creatively liberating. Obviously I’ve always been good with machines, but for me it was a moment back to the drawing board, no presets, no loops, just starting from scratch.

You have decided to release an album on the Kneaded Pains label. Why did you decide that Dense & Pika was the right label for this?

They are great guys and just comrades in freedom. It was like, “We love what you do, so do what you want.” It was so liberating for me. They are so easy to work with and have really helped me find my creative freedom and thus helped me become a better producer and musician.

It was great to see you in Edinburgh last month when we watched Sven Väth. together in Terminal V. You have a bunch of upcoming EPs and Sven released one of them, Black Spider, last night. Can you tell us about all the upcoming music?

Yes, I returned to Cocoon after my debut on this label 10 years ago. And it was a great time to see him again in Terminal V, because I have a new album Cocoon coming out in June. Sven is a person I have a lot of respect for and he’s such a nice guy when we hang out. It’s very exciting to be back with the Cocoon team and it’s such a big album that I have ahead of me so I’m very excited to be back! And looking forward to playing for them again on June 11th in London at Studio 338.

Also I see that today you have released your first EP on Pan-Pot’s Second State label?

Yes, I had my first Second State gig in December with Dragons Dynamite. So after that we started putting together EPs. I would say that at this stage this is my favorite EP I have ever made. I’m really happy to work with the guys and very happy with the first EP we have, I think it’s one of my best albums.

How does your summer look like? Must be great to be back there after the last few years?

Definitely, a pandemic without music was hell without concerts. But I’m everywhere, apparently, this summer. To be honest, this break made me realize how great it is to be in Australia one day and Argentina the next, all over the world with music in the background. It’s really incredible and I really feel like I’m here to do with my life

Thanks for the music Harvey and looking forward to your mix for night market which is coming soon and digging into your playlist that follows here.

Probably my favorite track from my new EP Second State, one of the best tracks I’ve ever made.

I know it seems like I’m cheating because it’s my brother. But I’ve played that track in just about every set since he made it. It’s so different, he’s really acting out of the ordinary, people don’t understand what hits them when I play.

One of the Aphex aliases. I can’t stop playing this track. Drums are a sensation.

One of my albums, I would say that this is one of the most left tracks. I have a slight soft spot for it and I find myself returning to it most of the time on the album.

This was my first Cocoon release 10 years ago. I recently started digging into this again because I have a new Cocoon EP coming out soon. It still rests on parole.

Mark is on a roll right now, my favorite techno producer right now. This track is just killer and has an old school rave feel to it without being a super rave hit.

This is the energy that I talk about in my sets. Such classic techno energy in this great song.

One of the 4/4 albums. Never let me down, no matter what the energy of the crowd.

I love that vibe, it reminds me of the old school stuff I used to listen to in the early 90s before it got mental and hardcore, it has a very specific feel to it.

This golden old man. When I first heard this, I didn’t even know it was my buddy Gary’s remix. It was just WTF at this point! It has such an amazing disco vibe. Lately I’ve been adding this to my sets again a lot.