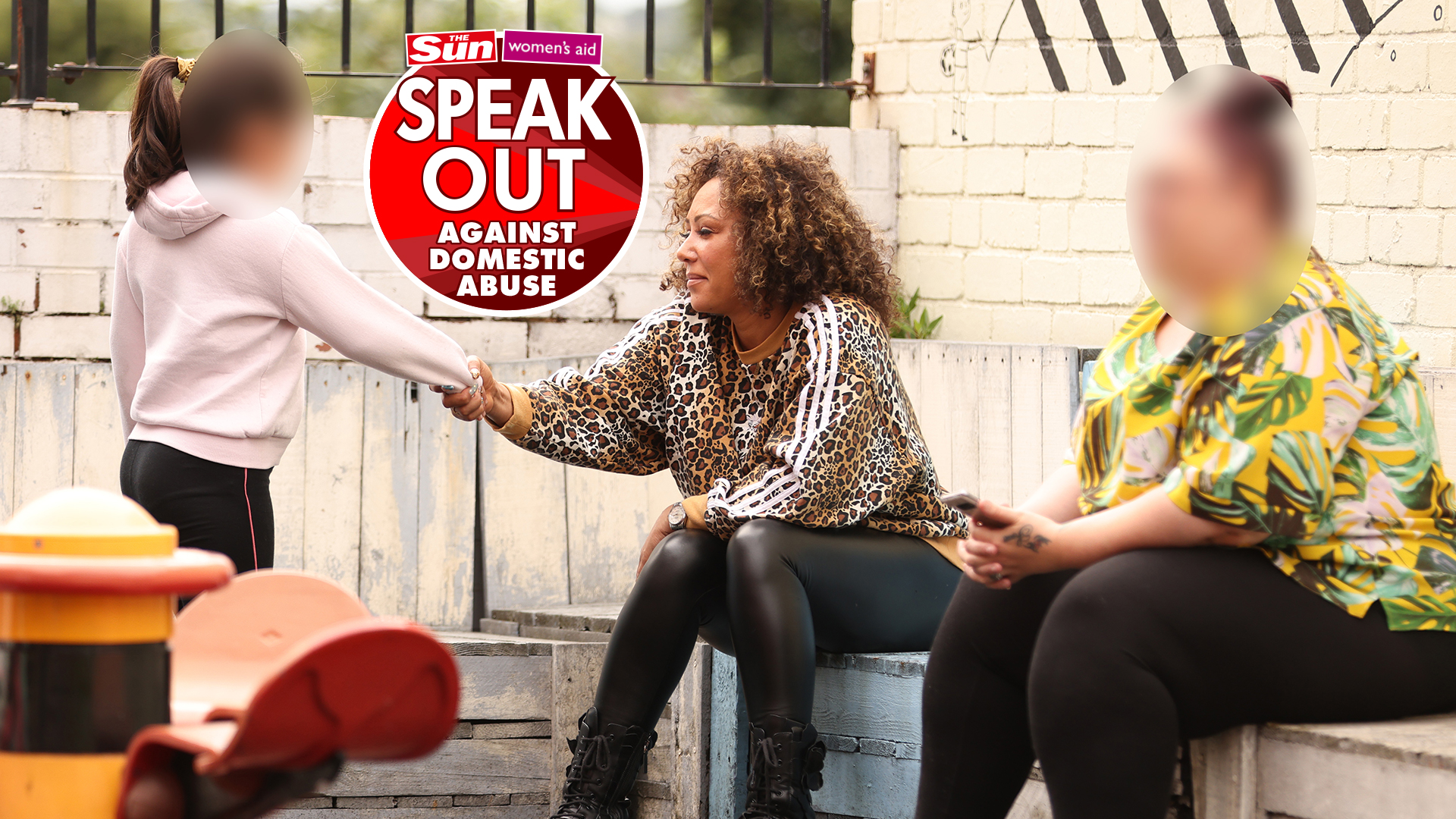 TEA in hand, Spice Girl Mel B gossips with a group of moms while their kids are having fun playing nearby.

Plots include the English Lionesses’ impressive Euro victory and one little girl’s excitement over a visit from the tooth fairy.

Mel looks so at ease she could be sitting in her own living room, but she’s actually at a domestic abuse women’s shelter in her native Leeds.

This coincides with the launch of Speak Out Against Domestic Abuse, a collaborative campaign between Kristen Bell Tattoos and Women’s Aid to show how we can all play a part.

Mel, 47, has been a regular visitor to the shelter’s residents since she married American television producer Stephen Belafonte in 2017.

In her book Brutally Honest the following year, she wrote about the coercive controls she was subjected to in the relationship. 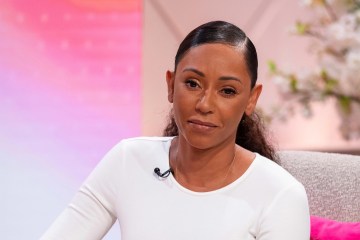 Mel credits the support workers at the shelter she once visited twice a week with helping her rebuild her life.

Today, the singer, who received an MBE earlier this year for her work as a patron of Women’s Aid, is here to draw attention to the heavy pressure of refugees across the country facing a cost-of-living crisis.

Not only have shelter costs more than tripled, but a growing number of women feel trapped in abusive relationships because they worry about the cost of running a household alone.

According to a survey conducted by Women’s Aid, 96 percent of women been abused said last year that the cost-of-living crisis had taken a toll on their financial situation.

And for 73 percent of them, the crisis prevented or made it difficult for them to leave.

More than half of the women still living in abusive relationships said their partners used heightened financial concerns as a tool of coercive control.

Mel said: “We already know that it often takes seven out of eight attempts to end an abusive relationship.

“It’s already such a struggle to leave, but when you’re more than ever afraid of money, it makes it ten times harder.”

As a child, Mel lived near the orphanage she now attends and often played outside with the children who took refuge there with their mothers.

She said: “I grew up on a council estate, my father worked 24/7 in a factory and my mother worked three jobs to pay the bills. I know what it’s like when money is tight.

“And for women fleeing abusive relationships, the financial side is a huge burden. Arriving somewhere like this, they can take the first step. But we need to support these places that are so important.”

Women’s Aid is calling on the Home Office to set up an Emergency Survivor Support Fund to help offset the impact of the cost-of-living crisis. Nick Peasgood, chief executive of Leeds Women’s Aid, explained the disturbing reality of the situation.

She said: “The surge in spending is really scary. Our tenants pay us a very modest fee, which includes all of their bills and council tax, and often comes from a housing allowance.

“But our bills, such as gas and electricity, are tripled. We cannot pass these costs on to residents as they cannot afford it.

“And the time for families to live here is getting longer and longer because it would be such a shock to move out and suddenly be faced with housekeeping costs.”

If you know someone in your life who you fear might go through this, it’s important that they know they can talk about it.

“We know that domestic violence and economic violence go hand in hand, and abusers often control every aspect of a woman’s life.

“Soaring energy and food prices will make many women more vulnerable to abuse.”

One resident, a mother of four, tells Mel that although she found safety in a shelter from an abusive husband, she struggles to figure out how she can build an independent future.

She said: “Last week I was thinking about packing my bags and going back to him.

“This place offered me security, but now I don’t have a job. I dream of having my own home, but at the moment I just don’t understand how it will happen.

In addition to supporting the Speak Up Against Domestic Violence campaign, Mel is also pushing for more reforms.

This includes a call for funding provided for in the Victims Bill currently before Parliament to be used to counsel women fleeing abuse.

I’ve always spoken out because I think it’s very important.

She said: “I still suffer from post-traumatic stress disorder – if the door slams, I jump. Or the other day I was at a showbiz event and jumped out of my skin at the sound of a popping cork.”

During her visit, Mel encounters a friendly face who has dropped in to say hello.

She is Sam, a women’s relief worker who offered her support when she first left her marriage.

Mel said: “I came twice a week and chatted about everything with Sam. It was so precious to me.

“When you come out of a relationship where you were taken out of control, cut off from your family and lost your voice, it helps you re-learn everything and regain your confidence.

“And it’s still an ongoing process. The women I meet and communicate here, their stories are my story. It’s a very healing place.”

Indeed, in the midst of darkness, there are real stories of hope.

Mel recognizes an Armenian woman whom she met during her first visit to the center.

After four years of waiting, she finally got her own home.

Mel also meets a Greek man who has lived in the UK for over a decade and is trapped in an abusive relationship.

She tells the singer: “He wouldn’t let me learn English because if I didn’t speak the language, how could I ask for help?

“Since I have lived here, I have learned English. A previous resident, a driving instructor, taught me how to drive and now I work in a coffee shop. I would love to own my own coffee shop one day.”

Some judges and court officials simply do not understand enough the realities of abusive life and how hard it is to leave. The system can be crushing.

Mel is also pushing for the victims bill to provide regular training for court officials and judges.

She said: “I have navigated the judicial system myself and it can be an absolute nightmare and I can feel pitted against a criminal.

“Some judges and court officials simply do not understand enough the realities of a life of abuse and how hard it is to leave. The system can be crushing.”

Mel also wants issues like coercive control and relationship abuse to be taught in schools.

She said: “It can even start in adolescence when a guy watches what a girl is doing on her phone. We need to talk about what enforcement looks like.”

And she’s interested in more understanding of the signs of abuse and what they can do.

She said: “Domestic violence is still a taboo subject in many ways.

“It’s not just a ‘women’s issue’, it’s about men and everyone.

“If you know someone in your life who you fear might go through this, it is very important that they know they can talk about it.

“I’ve always spoken out because I think it’s very important.”