The BEAUTY Queen, who competes for the title of Miss England, has revealed that she is a former refugee who fled Afghanistan at the age of three with her family and fought for safety for ten years.

The stunning 26-year-old Lida Nasiri recounted how, after their escape, her mother Bryshna worked in Russia for two years to pay smugglers to travel first to Poland and then by boat to Germany.

And she remembered the moment when she, her mother and four-year-old sister Surya plunged into the boat.

Lida, who was then only five years old, said: “It was one of those plastic ones that you pump up. It wasn’t safe.

“But there was no time to discuss everything – now or never.

“It was, ‘Jump in that boat quickly because we don’t know if anyone else will do it.’ 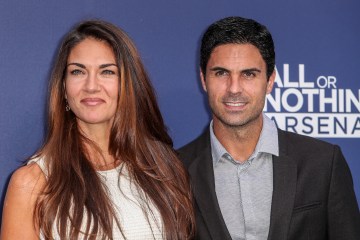 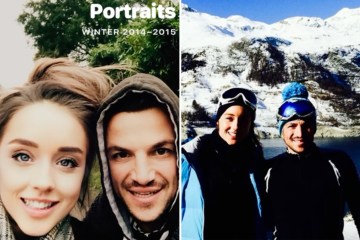 “The hardest thing was knowing that my life could end at any moment, that I could lose my mother. I held her hand the whole time, not knowing what was going to happen. But we thought that if we returned to Afghanistan, we would die.

“We fought for everything we wanted in the pursuit of security and peace.

“Europe for us represented peace and life, not death. And my mom was determined that we could make it.”

Lida, who was born in Kabul, entered the UK legally via Holland in 2011 and is a permanent citizen here.

And she says that in order to participate in the Miss England pageant, you need to “not be beautiful. It’s about everything I’ve been through over the years – that struggle and everything I’ve lost.”

She recalled how her family’s nightmare began in 1995 when the extremist Taliban came to power.

Fearing for their safety, her mother Bryshna decided to flee to Iran with her daughters.

Shortly thereafter, they traveled by train to Turkmenistan and then to Russia.

On the subsequent journey, they traveled with a large group of refugees from Russia to Poland, often on foot, carrying their few belongings.

From time to time they were ordered to pack into large trucks, seized by smugglers, packed so tightly on top of each other that one could hardly breathe.

Lida said: “When we finally arrived in Poland, we were put in a huge gym, and everyone gathered in anticipation of the next step.

“It was one of the hardest moments because everyone was scared.

“We all thought that if we were forced to return, we would die.”

Fleeing deportation from Poland, the family traveled to the coast and then across the sea in a boat to neighboring Germany.

Then in 2001 they asked for asylum in the Netherlands.

Lida said: “Almost six years passed when we were told that we could stay and gave us Dutch citizenship. Finally, after everything we had been through, we were safe.

Now working in public relations, Lida became Miss England after winning the natural beauty pageant and will now compete for one of the 15 spots in the final on 22 August.