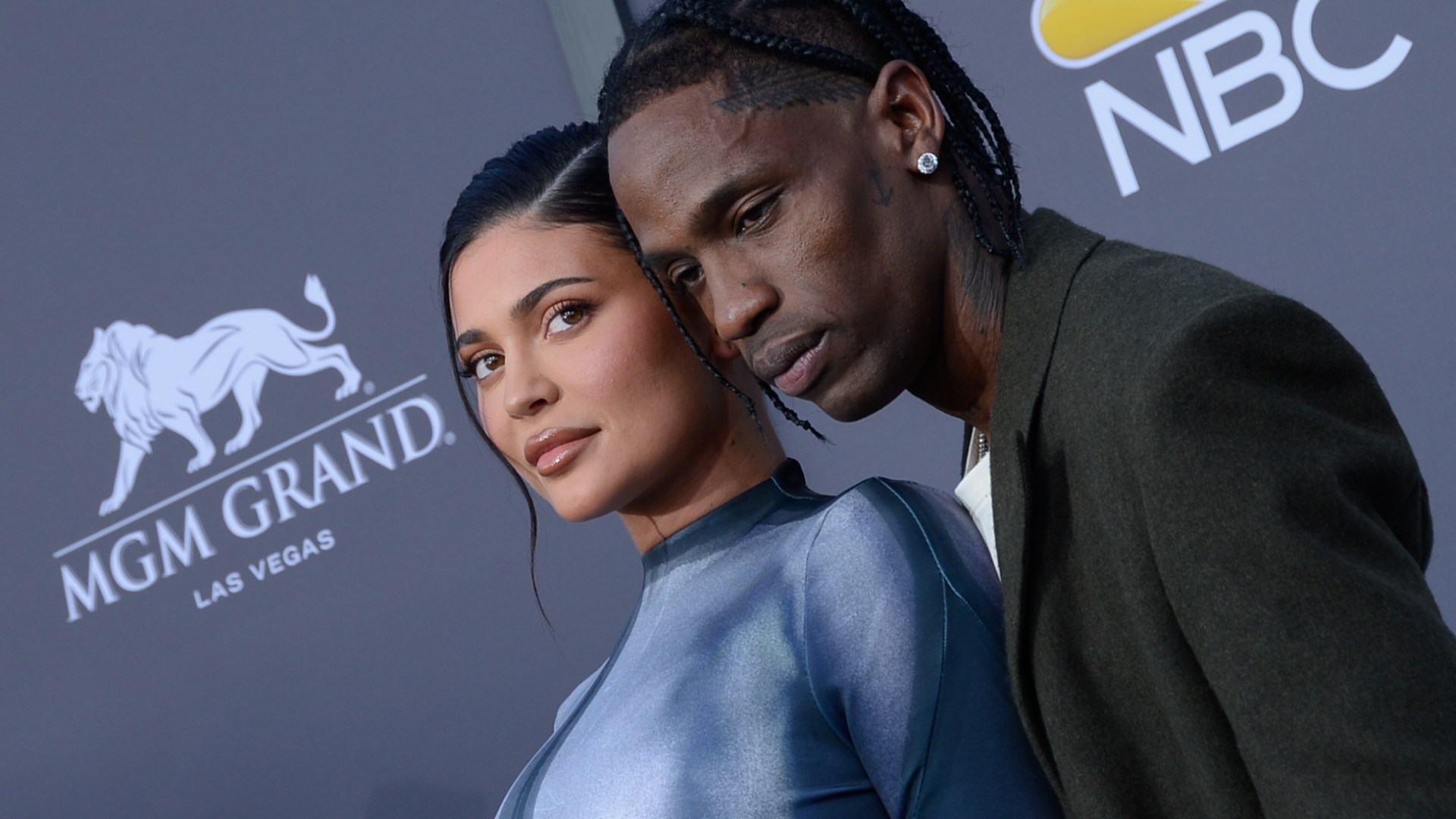 Outside, she lit dozens of white candles and arranged them in glass jars along the doors.

Their four-year-old daughter, Stormy, was seen in the yard painting some canvases for Travis on wooden easels.

One had a cute picture of her and Travis painted together in green paint, which she named “Daddy” and “Stormy.” 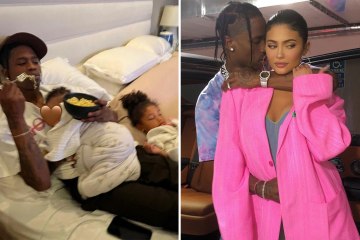 As for the food, Kylie made Travis a huge plate of French toast for breakfast.

She also shared a photo of Travis and their young son’s feet standing next to each other and wearing matching Nike Air sneakers.

The beauty mogul’s sweet gesture for Travis followed her honest post about life after having her second child.

Sharing a snippet of her workout, Kylie wrote on her Instagram stories, “Four months postpartum.

“This time I’m facing a lot of pain in my back and knees, so my workouts are slowing down.

“But I have a mission to get strong again.”

Kylie and Travis welcomed their son in February, though the couple has yet to announce the baby’s name.

She admitted that she and Travis changed their second child’s nickname.

The beauty mogul wrote in her Instagram story, “FYI, our son’s name is no longer Wolf.

Another fan stated, “Honestly, this is probably the most beautiful picture she’s ever posted.”