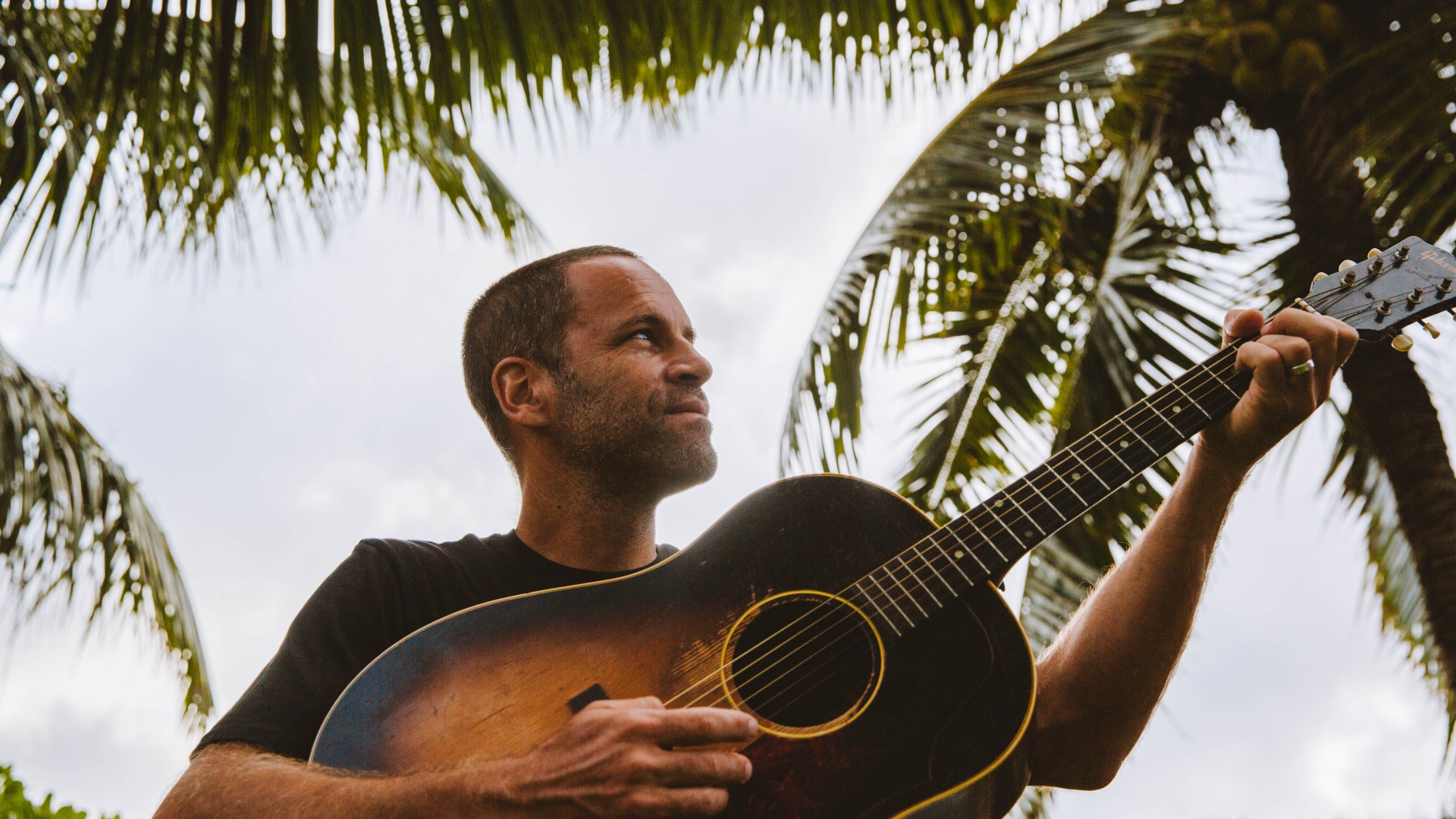 Achieving a happy work-life balance can be difficult for many of us to achieve. . . but not like Jack Johnson.

You will probably feel a twinge of envy when you think about how the 47-year-old Hawaiian singer, known for his laid-back acoustic atmosphere, spends his days.

His top priorities are his family, his lifelong passion for surfing, environmental initiatives and, when he’s in the mood, music.

With his wife Kim and three teenage children, he lives on the North Shore of Oahu, where he grew up and where he owns the Mango Tree Studio.

Then consider that Jack is the son of the legendary surfer, the late Jeff Johnson, and that he started this exciting sport when he was five years old. 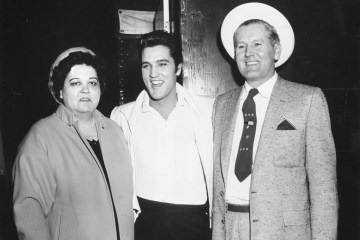 “I never know how to say it without people mistaking it, but music is really secondary to me,” he says on Zoom.

Although he sits in a hotel room in Los Angeles under artificial lighting, he still looks healthy, like a person who enjoys outdoor walks.

Jack continues: “Family and surfing are my first love and that’s what I like to focus my time on.”

However, he confirms, “I love making music. I appreciate that I can make a living from it, and I’m grateful for everything that happens because of it.

Her CD collection was cooler than mine.

It is worth noting that Johnson has had four consecutive No. 1 albums in the States, and these do not include his best-selling album, In Between Dreams, which reached No. 2 twice.

Now he’s back with his first album in five years, Meet The Moonlight, a beautifully realized song cycle filled with subtle textures and deep expression.

His main collaborator this time was guitarist, producer and solo artist Blake Mills, known for his work with the Alabama Shakes, Fiona Apple, Laura Marling and John Legend.

He also played on Bob Dylan’s longest song “Murder Most Foul”, inspired by the assassination of John F. Kennedy.

Like the rest of us, Jack has gone through a “weird couple of years” due to the Covid pandemic.

But the forced hiatus brought personal positive results, as he explains: “I couldn’t tour for a few years, so I had to spend quite a lot of time with my kids. I had a lot of time to watch things and write music.”

Even when he has enough new songs, his partner Kim has to set up the process of recording the album.

“Whether or not I start recording depends a lot on whether my wife acknowledges that I have the material ready.” says Jack.

“I know it sounds funny, but she has been with me through all this since we were 18 years old. She has always been my editor.”

He smiles wryly as he recalls that “her CD collection was cooler than mine when we first met. . . she loved bands like the Pixies.

“She taught me about music, and I always trusted her ear more than my own.

“As soon as she hears me playing the songs at home, she ends up saying, ‘Looks like you have enough songs for another album.’ She really helps me put it all together.”

The big difference for Meet The Moonlight is that Blake Mills helped Jack write the song Any Wonder, which “hung around for the last two albums, but the words just didn’t come.”

Now it’s the full finale of the album, a great reflection on the passage of time, complete with one of the singer’s most impressive vocals.

Jack is filled with praise for his employee. “I love Blake’s guitar playing and production skills.

“One of the reasons I wanted to work with him was just to sit in a room and play with him and my oldest son, who is now a better guitar player than me.”

He was also impressed with Mills’ production work on the Alabama Shakes’ second and final album, Sound & Color.

At the initiative of Emmett Malloy, who runs it along with his wife, Jack called Blake.

“We chatted for an hour and it was like talking to an old friend right off the bat,” he says. “We had a lot of fun and our humor seemed to match. . . always a good sign.

They were also drawn together by a shared love for American folk singer Greg Brown and the late blues-rock maestro JJ Cale.

The Meet The Moonlight sessions took place when Covid allowed, partly at Sound City Studios in Los Angeles, known for recordings by Nirvana, Fleetwood Mac, Tom Petty and Johnny Cash, but mostly in the more leisurely setting of The Mango Tree.

As for the themes used by Jack in the ten tracks, he gives a typically thoughtful answer.

“I was talking to a friend, wife or brothers, and later that night I caught myself thinking about it,” he says.

The songs, in his opinion, become “reflections on things that remain in my memory.”

“There was so much talk about isolation, tribalism and empathy for this album. . . both negative and positive emotions from this pandemic.”

In Hawaii, Jack experienced a real sense of community, especially in matters of food, but also witnessed a “breaking of friendships.”

This led him to dwell on the changing nature of how we talk to each other, and he says, “Even you and I are on this Zoom, but we’re kind of face to face.

“Communication has changed so much and our human nature hasn’t had time to move with it.”

Mindful of the divisive nature of social media, Jack quotes the opening line from his song One Step Ahead: “How can you be so sure it’s you flirting with fire?”

He says, “Everyone feels they have the ability to take information from the Internet so quickly and then act like they’re a news source.”

LOVE IS THE STRONGEST HUMAN EMOTION

The calm title song Meet The Moonlight talks about why the best moments of life cannot be planned and why “love is the most powerful human emotion.”

Drawing on an idea from author Kurt Vonnegut (Slaughterhouse Five), he says, “Whenever you’re just sitting in the shade, maybe having lemonade with a friend, and thinking to yourself, ‘Well, that’s really good’, it’s good to say it out loud.

“I always try it on my kids. If the family is together and we are playing cards, I say to them: “Hey, this is the best thing that can be, right here.” Because it really is.”

Jack recalls how he once “walked into the back of a tour bus and saw his whole family sleeping on top of each other.”

“Such a funny thing gave me one of the best memories of my life. You can’t plan them, they just show up.”

With the title of his album in mind, I ask Jack if he likes looking at the moon and stars.

“Even though the stars in Hawaii are beautiful and we are lucky to have such skies, too often I sleep at home,” he says.

Family and surfing are my first love… but I am grateful for all that music has given me.

“But sometimes I go outside, maybe to take out the garbage, and I think: “How can I not come here every night? It’s crazy, all I had to do was walk through the doorway.”

“I’m guessing that in the song, the stars and moonlight symbolize being outside the four walls.”

If I had only one word to describe Jack’s album, it would be intimate.

This atmosphere is enhanced by a couple of special instruments. “For Calm Down, we used a demo that I made myself, and the main background beat is my wedding ring hitting a hand drum in my studio,” says Jack.

Then, at the costume party, we see him blowing a row of beer bottles filled with diminishing amounts of liquid, a trick he learned while performing Led Zeppelin Dazed And Confused in such an incredible way.

Jack says, “The reason I’m in LA is because the band and I are starting to rehearse for our tour and I’m learning to play that part (the beer bottle) live.

“I told them, ‘You guys will tell me if I make a complete fool of myself, right?’ I still can’t tell if this is a good idea or the worst I’ve ever had!”

No interview with this character living on the other side of the world would be complete without the latest news on his environmental campaign.

His charity, the Kokua Foundation, purchased an eight-acre farm a couple of years ago where children learn about organic farming methods and now even has a bird sanctuary.

Jack says this job is “more important than ever to me. This has become my main job at home.

“We connect children with where their food comes from and take them out into the wild. Seeing them on the tour laughing and running around in the street is my true love.”

He tries to make his tours as sustainable as possible by fueling his trucks with biodiesel, but is horrified by the “sea of ​​plastic bottles” at the end of the festival.

“As a surfer, I see the east side of every island in Hawaii getting more and more colorful because of the microplastics in the sand.

“We are cleaning up the beaches so people can see the real problem. Hawaii is like a filter in the middle of the ocean for pollution.”

More broadly, does Jack think humanity can make a difference when it comes to climate change and non-biodegradable waste?

“It depends on when you ask me a question,” he replies.

“If I just had a cup of coffee and it’s morning, of course, we can change everything. But don’t ask me at 3 am.

“We can dream of solutions, and I would like to think there are, but the next generation dreams better than us. I must have hope. I’m a bit of an optimist by default.”

On that note, Jack leaves me with some interesting thoughts on our Zoom hour together.

“This is one of the first real interviews I did for this album,” he says. “It’s a bit like visiting a psychiatrist. . . you bring up all these topics in the songs and it makes me think.

“So I appreciate it. After that, I feel more clear.”