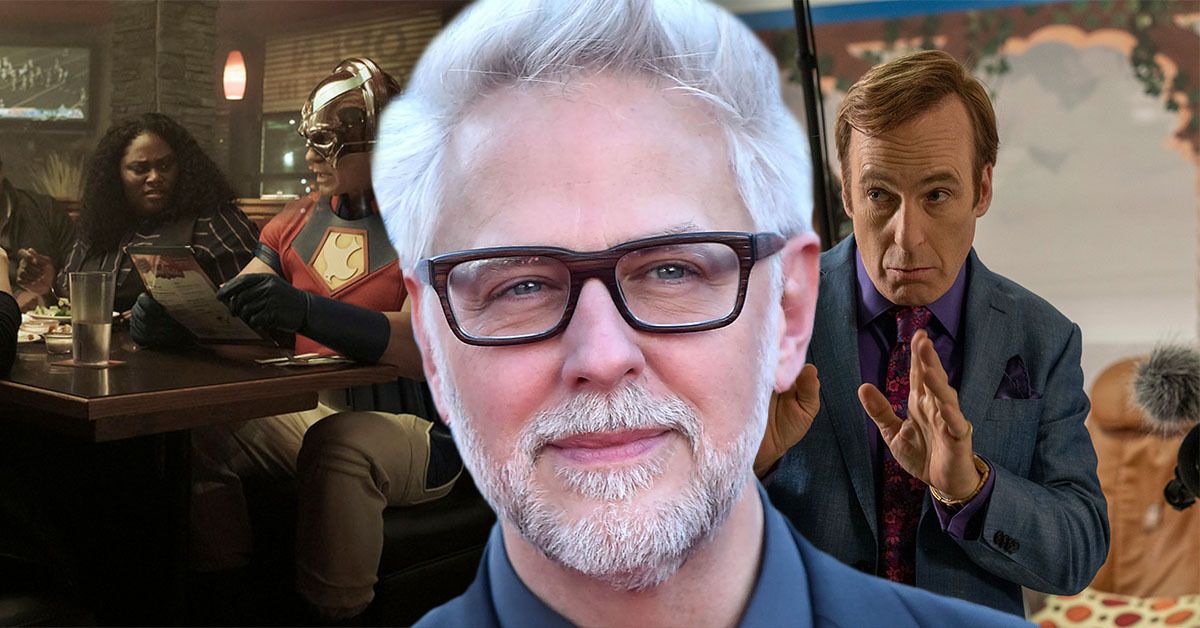 The Peacekeeper is back: After making his Suicide Squad debut, the character played by John Cena is back in a spin-off from director/writer James Gunn.

The director (who was also behind the camera of an ensemble of DC villains) spoke for the first time in his career about directing on television and how his favorite series inspired him.

James Gunn to direct for the first time on television

After the release of the first two episodes of The Peacemaker Gunn talked about how the series’ direction is different. from making the film.

“I took what I know from the script and just let things develop a little further. It’s really the only thing needed,” Gunn told The Hollywood Reporter.

“You couldn’t tell the story of Harcourt (Jennifer Holland) and the Peacemaker in a movie. It’s too weird where they start, where they go, and where they end. So it’s just a much more complex relationship, and you need more cut and dried in the two-hour movie,” he continued.

The Guardians of the Galaxy director also explained why he thinks Cena’s Christopher “Peacemaker” Smith is similar to one of last year’s most popular series, Better Call Saul.

A Breaking Bad prequel/sequel that sees Bob Odenkirk reprise his role as lawyer Jimmy McGill, aka Saul Goodman, the character he originally played alongside Bryan Cranston.

“It’s the ability to take your time to tell a story,” Gann explained.

“Both Saul and Chris are slacker characters who are really good at one thing but really bad at a lot of other things. mixing it with other things that I wanted to do with the show. But I love Better Call Saul. I think it’s one of the best shows on TV, if not the best,” he added.

Cena first played a villain in Suicide Squad, which premiered last summer. Looking back at this film, Gunn opened up the moment he realized he wanted to delve deeper into Peacemaker’s story. Spoilers for those who haven’t seen Suicide Squad yet.

“[It] there was a scene with him and the rat catcher [played by Daniela Melchior]. I shot him first. And there is a moment when he is about to kill her and we see something in his eyes that expresses incredible sadness and regret. I don’t even know if Peacekeeper was going to kill her at that moment, but seeing John at that moment, I thought, “This actor is way more than I knew,” Gunn said.

“[…] I knew that John Cena had a vulnerability that I could help expose and show the world. So that was definitely part of the driving force behind telling this story.”

The Peacemaker is streaming on HBO Max.

Next: John Cena reacts when a kid saved his sister’s life with one of his moves

Kourtney Kardashian made sure her little sister Khloe knew what she thought of her.

Stefania is a film and television writer based in London, UK. Her work has appeared in The Mary Sue, Digital Spy and The Guardian.

Other works by Stephanie Sarrubba