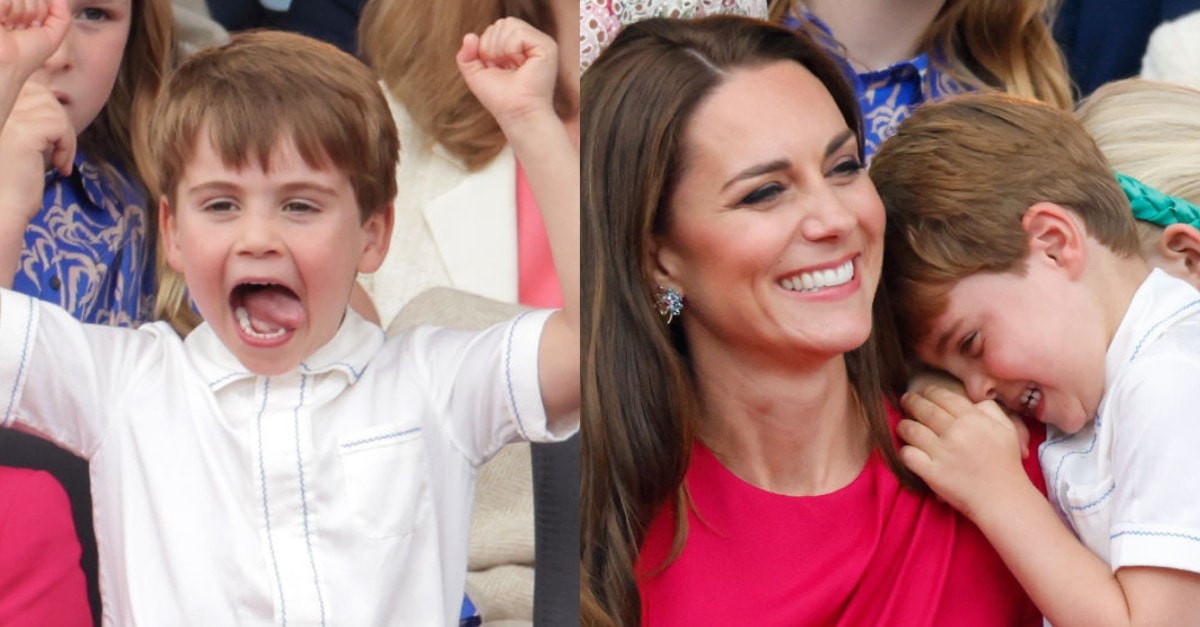 Queen Elizabeth’s jubilee celebrations dominated the news this past weekend, but there’s one odd moment that’s really teasing the internet…

And now Kate and William are playing a joke.

In recent years, people have understandably been more worried about the Queen.

Losing a partner who is over seventy must be terrible. And right after that, just a few months later, she received another painful blow.

At the time, according to friends, the queen used her dogs to cope with the grief of losing Philip…

The Queen is known to be a true animal lover, with one animal in particular always associated with Her Royal Highness.

The Queen was given her first corgi, Susan, for her eighteenth birthday in 1944.

It has been estimated that the queen had over thirty dogs during her reign, and they were all from the same family.

Her most famous dog is Monty, who appeared with her in a sketch for the opening ceremony of the 2012 Olympics in London…

The Queen was planning on not having any more dogs after Vulkan, her dachshund-corgi cross, passed away last year. She only has 1 corgi named Candy left.

She made 2 new four-legged friends when Philip was hospitalized…

And their names had a truly special meaning…

Fergus was named after her uncle, Fergus Bowes-Lyon, who died in action during World War I.

The second dog, Muik, pronounced Mick, is a purebred Corgi named after Loch Muik, a favorite haunt of the royal family during their summer vacations.

When news of the new dogs broke, royal biographer Penny Junor said: “Her corgis are very important to her.”

“They have been closer to her over the years than any person. Corgis are very loyal and loving and they have never let her down.”

But, unfortunately, just a month after the death of Philip …

Her 5-month-old puppy Fergus has passed away.

Fergus was bought by Prince Andrew to help his mother deal with her grief.

But sources confirmed that Fergus passed away in May, just a month after she lost her husband.

The source said Sun: “The Queen is absolutely devastated.

“The puppies were brought in to cheer her up at a very difficult time.”

“Everyone concerned is upset as it happened shortly after she lost her husband.”

It seems that in trying to cope with her grief, Queen Elizabeth is struggling both physically and emotionally…

To the centenary of the British Royal Legion.

But as soon as she got out of the car, people noticed something disturbing…

She used a cane to support herself, something she hadn’t seen in seventeen years.

But she quickly recovered and stopped using it the following year, 2004.

However, while it may be a little unsettling, the Queen still appears to be her usual upbeat personality.

But royal doctors reportedly gave her a stern health warning.

And people are worried again…

According to Vanity Fair2 sources claim that doctors advised the queen to give up alcohol except on special occasions.

“The Queen has been told to forego her evening drink, which is usually a martini,” the source said.

“It doesn’t really matter to her, she doesn’t drink very much, but it seems a little unfair that at this stage in her life she has to forego one of the very few pleasures.”

Doctors are said to have warned her about alcohol to make sure she was as healthy as possible for her full schedule.

It also preceded the June celebration of her platinum anniversary.

Things went from bad to worse, however, as the queen suffered a dislocated back, resulting in her absence from the memorial service in London.

The service was supposed to be her first appearance after she was admitted to the hospital, after which doctors advised her to rest for 2 weeks and only do “duty duties,” according to Buckingham Palace.

Palace released statement ahead of the memorial…

“The Queen, having dislocated her back, decided with great regret this morning that she would not be able to attend today’s Sunday memorial service at the Cenotaph.”

“Her Majesty is disappointed to miss the service,” he continued.

“As in previous years, the Prince of Wales will lay a wreath in the name of Her Majesty.

But this is not the only engagement that had to be cancelled, as the Queen’s personal speech at the General Synod was also canceled and the Earl of Wessex attended instead.

While visiting the Synod, the Earl delivered a speech to bishops and clergy at the Church of England’s Westminster headquarters on behalf of the Queen, The Sun informed.

But what the queen said in her speech broke hearts…

In her speech, the Queen praised the Anglican Church for bringing “hope” during the pandemic.

A period of time she described as full of “anxiety, grief and weariness”.

“It is hard to believe that more than fifty years have passed since Prince Philip and I attended the very first meeting of the General Synod,” the count also read on her behalf.

“None of us can slow down the passage of time; and while we often focus on everything that has changed over the years, much remains the same, including the gospel of Christ and his teachings.”

She has shown her nation how motivated she is to carry out her duties.

When she returned to work after telling the military commanders that she could not move.

The Queen returned to work smiling and performing duties to her nation.

And she did it via a Zoom conference call.

The queen actually welcomed the ambassadors and definitely demonstrated her ability to act.

And she even managed to put on a charming smile for her audience.

Despite the tension from yesterday.

And it’s safe to say that the Queen has had a lot to stress about lately.

Especially after Prince Charles tested positive for the coronavirus.

And after the news that Prince Andrew paid out £12 million, Virginia Giuffre said she was sexually abused by him.

Which, according to Telegraphhe will pay with the money of Queen Elizabeth II, who also recently stripped him of all military ranks.

However, this does not prevent the Queen from continuing her work.

Including her participation in the Platinum Anniversary celebrations over the weekend…

The celebration marking the whopping 70th anniversary of the Queen’s reign drew crowds.

The vast majority of members of the royal family attended various ceremonies and events over the course of four days.

Prince William and Kate Middleton were there with their children.

Together with Prince Charles and his wife Camilla.

And, as always, all eyes were on the family in the hope of seeing some drama.

Especially between Kate Middleton and her son Prince Louis.

When he was spotted with a series of funny facial expressions that made the whole internet talking!

Another agreed, adding, “Prince Louis is stealing the show again.”

However, others believe that Kate was “furious” with the behavior of the baby …

“He will be in trouble! Kate looks furious!” written by one person.

While some wonder if Kate is really mad at her child, others seem just happy to see the prince acting like a normal kid.

“So nice to see him acting like any other kid! They seem like great parents who are doing a brilliant job of raising their family!” written by one person.

“They may be royal, but they are still human!” said the other.

We have to say that we love this cheeky behavior!

And now the Duke and Duchess of Cambridge have ridiculed their son’s behavior.

So, we’re guessing it squashed the notion that his mom was furious with him.

On Twitter, the couple shared how much they enjoyed the weekend they spent celebrating the anniversary.

In their first tweet, they revealed how “fantastic” the weekend was for them. speaking: “What a fantastic weekend of festivities. Seeing people all over the country get together with family, friends and loved ones was very special.”

The presented photographs show the Duke and Duchess of Cambridge talking during a street party, as well as Kate with children and crowds of people who came to celebrate this event.

“Thank you to everyone who came to express their gratitude to the Queen and her inspiring 70 years of leadership. From the crowds at the mall to communities throwing street parties across the country, we hope you had an unforgettable weekend.” wrote.

The second set of photos included a photo of Queen Elizabeth II and Prince George, an outside view of Buckingham Palace, and a shot of Kate smiling while talking.

Perhaps the most memorable moment of all, the latest tweet made fun of Prince Louis’ behavior as they celebrated the Queen’s seventy years on the throne.

“We all had a great time, especially Louis…” finished their thread depicting a young prince standing next to his father.