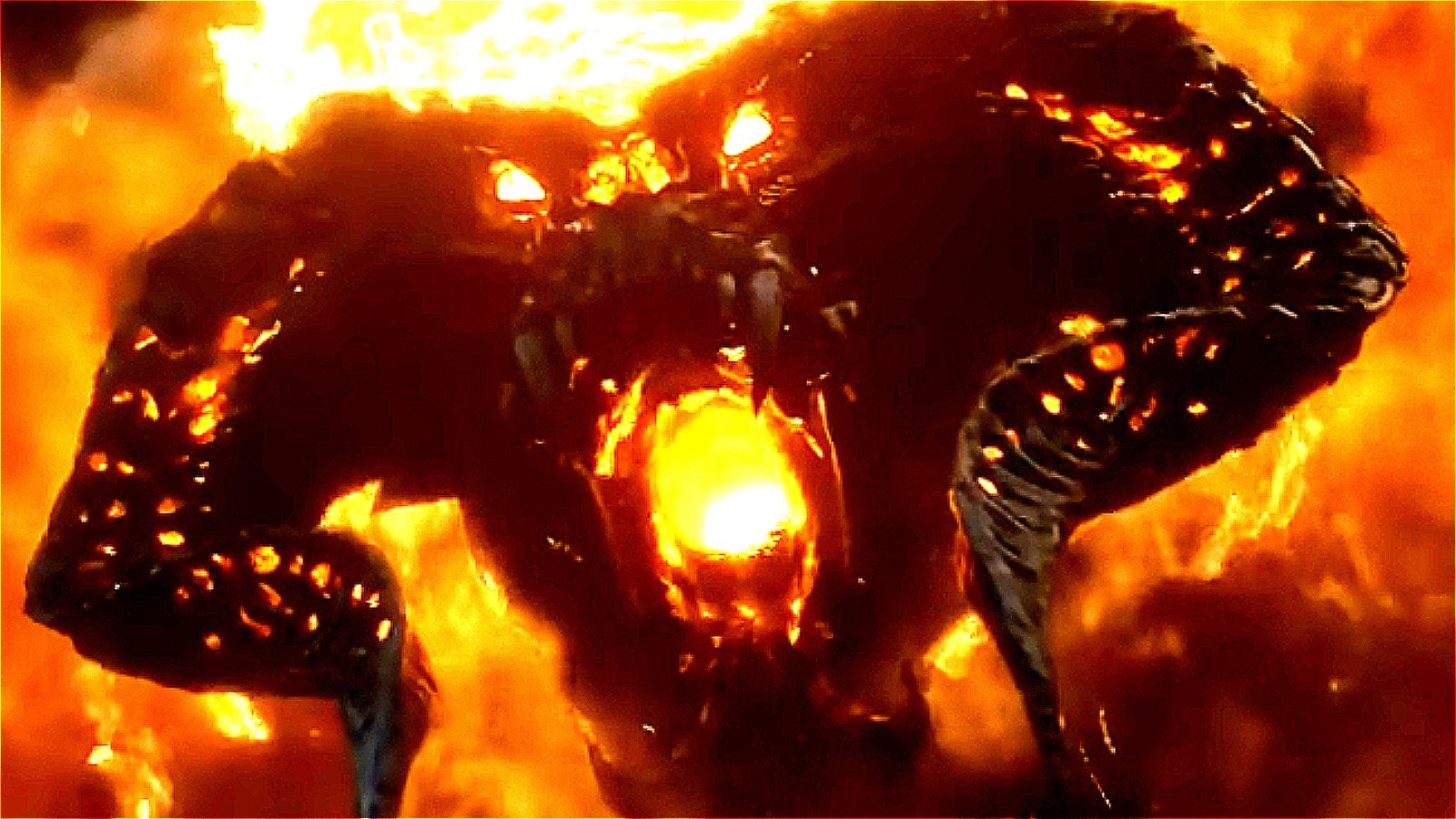 The story of Durin’s Bane (this is the Balrog in Moria) is the story of a terrible exile. The creature flees when its master falls, and eventually hides deep under a mountain for 5,000 years. We don’t get a detailed account of how the monster ends up in this place – we just hear that it flees there after the destruction of Morgoth.

This leaves an unspecified opening in the story during which the Balrog makes his way to his place of exile. Perhaps the monster in the trailer is Durin’s Bane, as it seeks refuge deep under the mountains. Maybe it even creates some problems along the way. After all, the Silmarillion says that at the beginning of the Second Age, people suffered severely from the sinister monsters of Morgoth. It specifically mentions unnamed “demons” among these creatures, which can easily describe a Balrog.

If so, then the showrunners may have decided to weave the Balrog into their plans not as an opposing force blocking the good guys (as in the case of The Lord of the Rings), but as a creature. Run from them. It’s even worth noting that a footnote in The Return of the King mentions that the phrase “awakened from sleep” used to describe the awakening of the Balrog can also mean “release from prison”. If the Balrog is trapped under the Misty Mountains until the dwarves discover it, we may see the creature’s initial capture in the series.