MARRIED At First Sight fans were left with their mouths open after an epic showdown that saw one star threaten to leave.

Viewers watched in shock as 37-year-old Adrian and 31-year-old Thomas got into a fight on the latest edition of the E4 reality show.

The fight escalated to the point where Adrian tore off his microphone and stormed out, telling his husband Thomas to “fuck off.”

The digital designer added, “That’s it, I feel like I’ve finally been pushed over the edge. 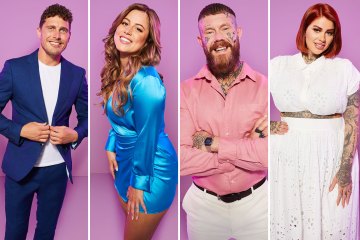 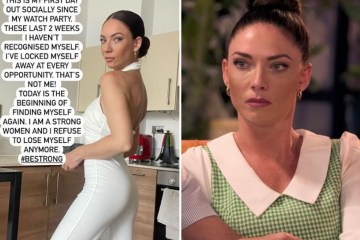 A quarrel between Thomas, who works as a mental health assistant, and Adrian began when they moved in together.

They had already gotten into a fight the night before at the initiation ceremony over conflicting views of newlyweds Whitney and Dooku.

Sitting in their new pillow, Thomas told his husband that he didn’t want to look at their wedding photo sitting on the side.

Adrien asked, “Let me know what the apology is for?”

Thomas told him what it was for “shouting in his face” at the initiation ceremony.

Looking confused, Adrien said, “Really? Are you going to tell me off for raising my voice? You? You yelled at me and cursed me around the pool.”

Adrian’s temper continued to flare as he continued, “What was your business interfering with that woman?”

Thomas said it was “within earshot” before asking, “Why did you attack me then?”

Both blushed as the pair paddled furiously before Adrian left the room.

Slamming the door, Thomas knocked down their wedding photo, which was lying on the kitchen table.

Fans were stunned by the scandal, with one tweeting: “Watching Thomas and Adrian arguing is too much on Monday!”

Another said: “Adrian and Thomas are a couple trapped in hell because it was terrible!”

A third even wrote: “Thomas and Adrian are toxic!!! By no means should they continue to be married if they are only doing it because they want fame!”

Incredibly, later in the episode, Thomas and Adrian managed to clear the air and even hugged on the couch.

“It’s really building trust for me,” Adrian told his husband.

Thomas also admitted, “I know I screwed up and I can be big as hell. I need to watch my face and watch my mouth.”

“Married at First Sight” airs at 9:00 pm Monday through Thursday on E4.