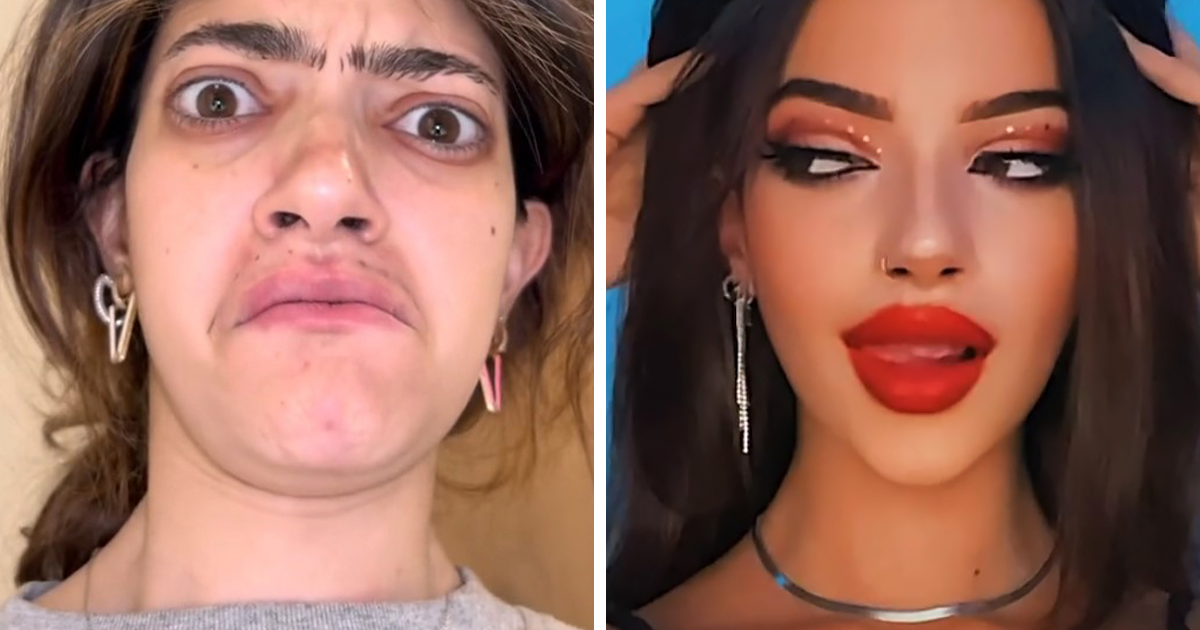 People have been wearing makeup since Egyptian times, when it was a sign of wealth, and it was believed that such a look was more attractive to the gods. Now people wear it to express their creativity or their personality, to feel more confident, or because it’s a social norm.

Whether makeup is applied for self-expression or people are forced by beauty standards, it is always criticized for the deception it creates in making a person look better, especially if the difference is significant.

But others have learned to appreciate it as an art, and over 12 million people follow this TikToker precisely because she’s so good at makingovers with makeup. Not only is she very good with makeup brushes, but she also captivates people with her resemblance to the comedic character Mr. Bean.

TikToker has reached 12 million followers as she is really good at makeup transformation, going from Mr. Bean’s ‘daughter’ to Kendall Jenner’s doppelgänger.

TikToker’s name is Fabiola Baghieri, she is an 18-year-old actress born in Italy. She started her TikTok account in 2020 and it has been a hit since the beginning as her first video has now 738k views.

Already in her first videos, Fabiola showed off her makeup skills and demonstrated the power of how different a person can look without any kind of surgery. She originally posted her content in Italian, but she quickly went viral and reached an international audience, with one of her videos going viral with over 20 million views after less than a year of posting.

She started her account in 2020 and immediately went viral with her transformation videos. 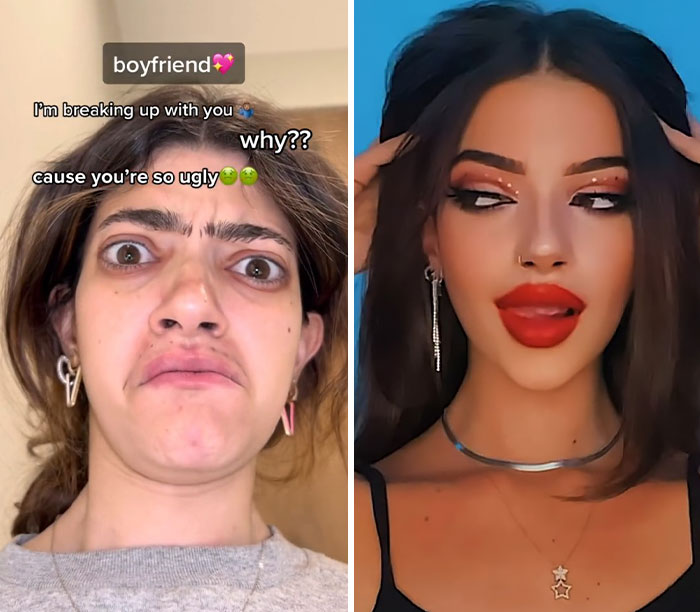 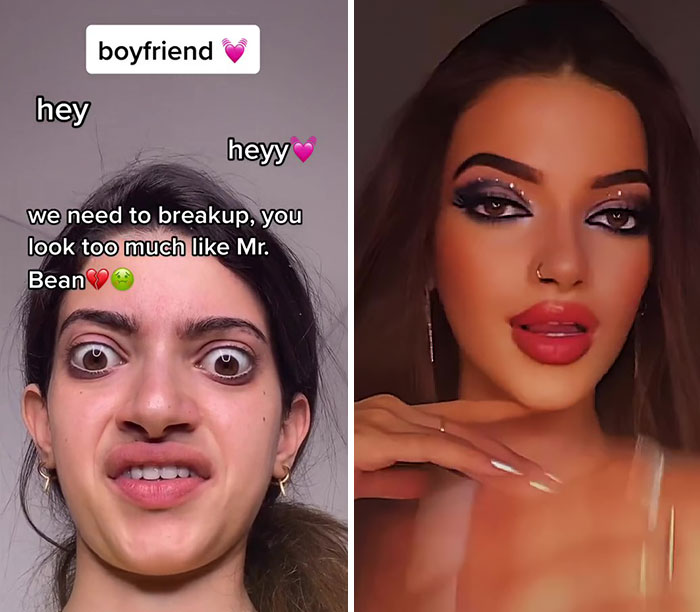 People were not only fascinated by Fabiola’s makeup technique, but also commented on how much she looked like Mr. Bean or Rowan Atkinson, the actor who plays the character. One commenter said, “You went from Mr. Bean to Kylie almost Jenner.” It got to the point that Fabiola was called the daughter of the character.

The young woman who has been compared to the older actor best known for making ugly faces as a form of communication may have offended someone, but it seems Fabiola used it to her advantage.

When she transforms in makeup, Fabiola likes to exaggerate her features and emphasize her resemblance to Mr. Bean. She often raises her eyebrows or darkens her eyes, resulting in a more powerful transformation.

People sometimes get confused as to whether the before and after clips in her videos show the same person, but it’s actually always Fabiola, who first makes herself look what many consider ugly and then turns 180 degrees and becomes glamorous goddess. .

Fabiola took her resemblance to Mr. Bean and used it to her advantage to make a bigger impression with her makeup transformations. 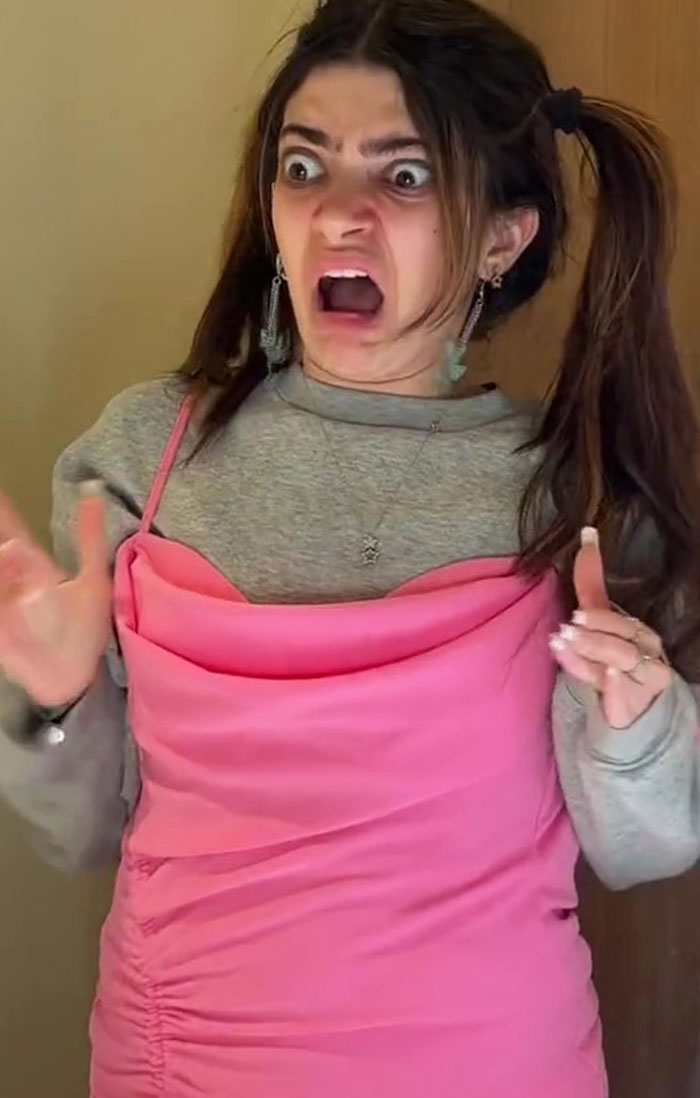 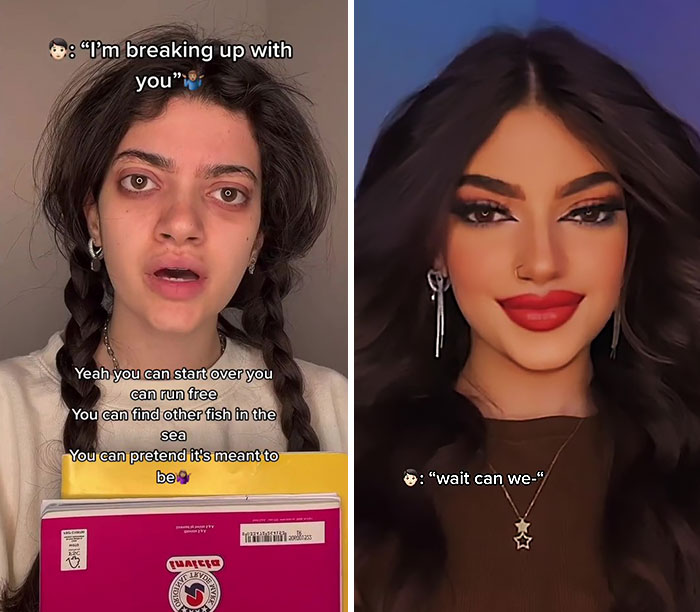 While Fabiola has many admirers who adore her impersonations, appreciate her makeup skills and praise her natural beauty, there are those who call the woman a catfish and blame her for men’s trust issues.

Women wearing makeup are often judged for not looking like their natural face, their beauty is artificial and deceptive, which means that women are insecure. At the same time, many women are forced to wear makeup for fear of being called ugly due to the fact that they show wrinkles and dark circles under the eyes.

She actually makes herself look more like Mr. Bean in the clips before and shows off a glamorous makeup at the end that leaves people speechless. 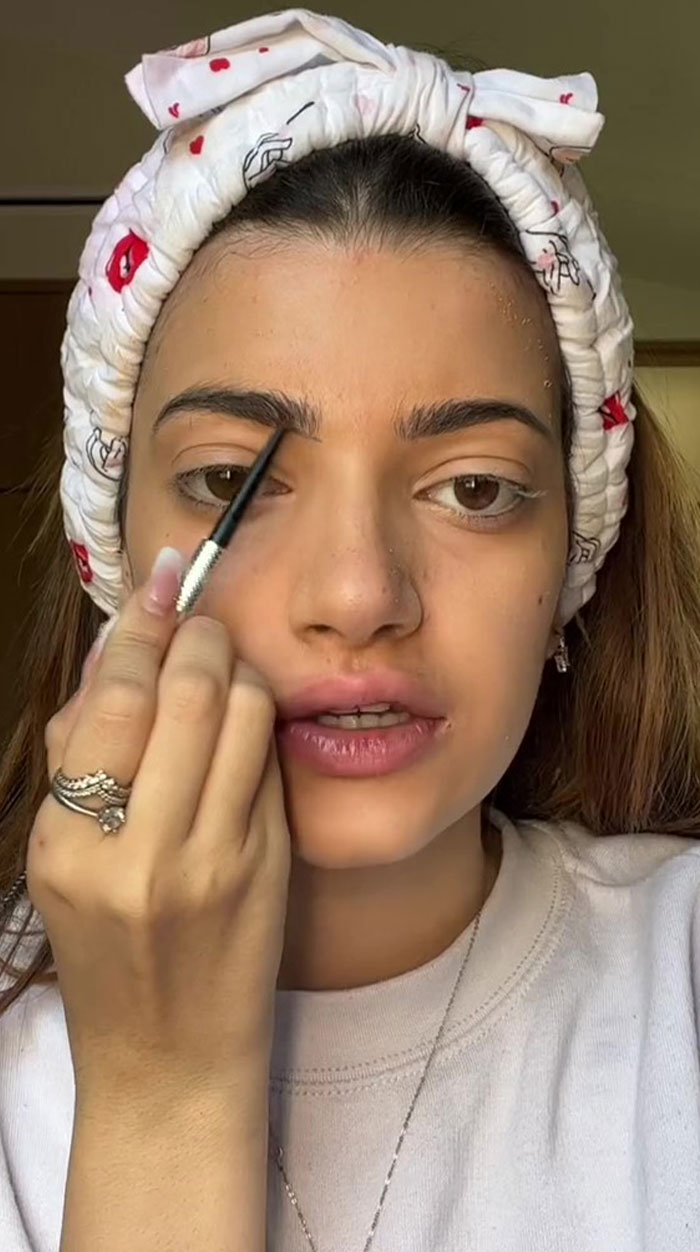 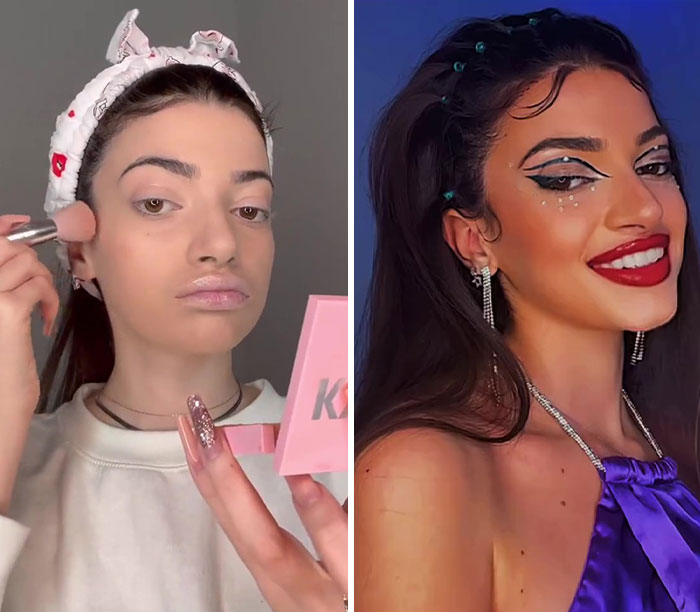 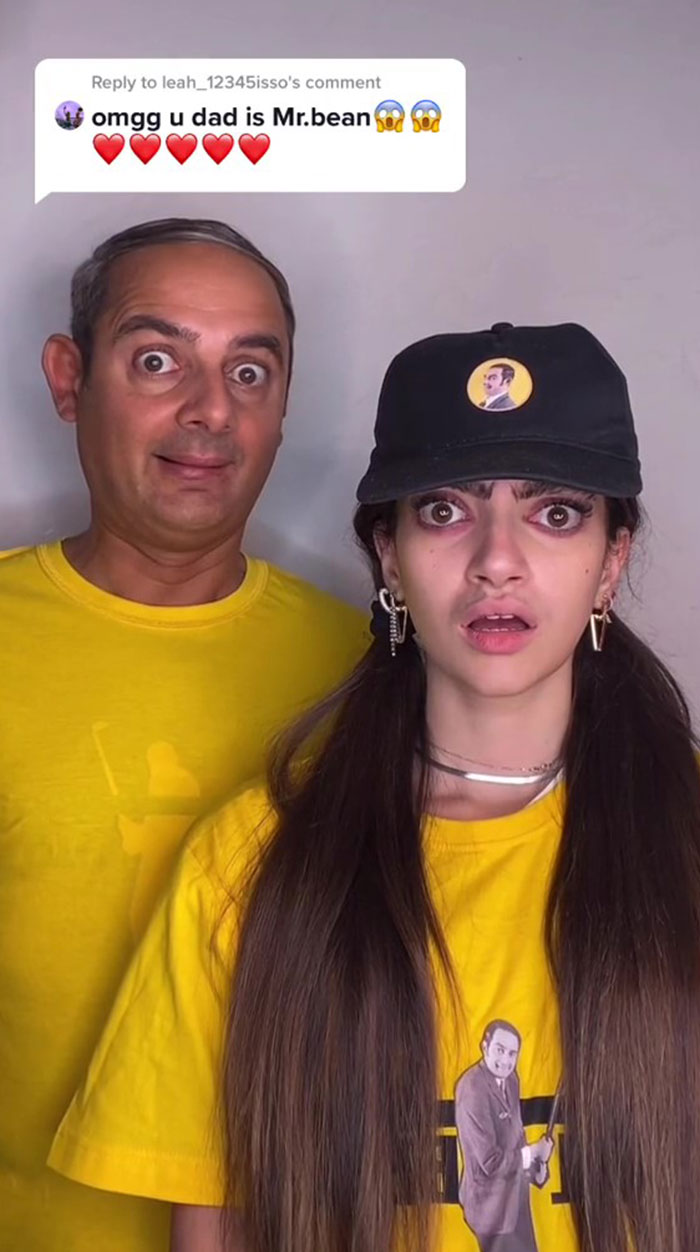 NikkieTutorials, a Dutch YouTuber who creates makeup tutorials and posts beauty product reviews, has almost 14 million subscribers. She seems to feel the same way in the description video published in 2015, she writes, “I feel like makeup bashfulness has become something special lately. It’s like wearing makeup to have fun is embarrassing. So I thought it would be cool to show you the power of makeup. Transformation. Because makeup… is FUN!”

The video has now over 42 million views and started a trend of women sharing the power of makeup and showing their faces half naked and half made up, encouraging them to embrace both sides. KristenBellTattoos.com there is actually a list of those transformations that women shared after Nikki’s viral video came out, which you can find here. 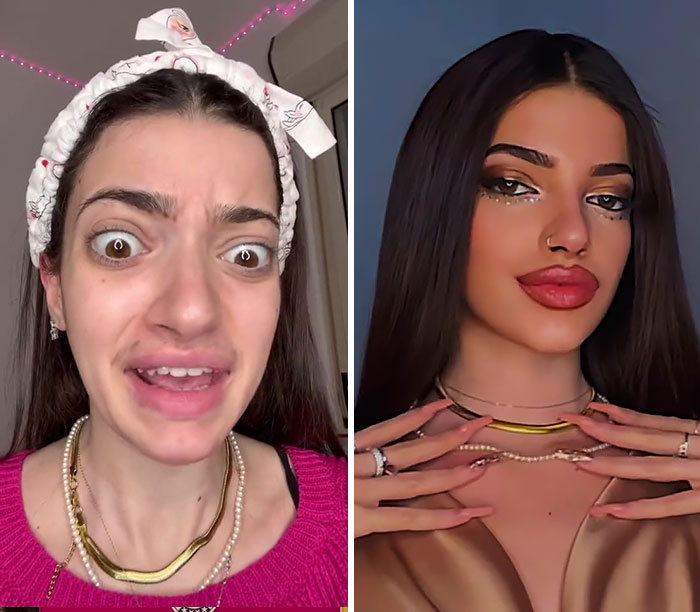 You can watch one of Fabiola’s videos below.

After all, makeup is just paint and it comes off with soap and water, so why not experiment with it and express how you feel, be it an art form or even a measure to make yourself feel better than us. hiding our insecurities without thinking about how it might affect others.

Did you like Fabiola’s transformations? Do you see any resemblance to Mr. Bean or Kendall Jenner? Do you feel that women who wear a lot of makeup are often judged, but if they don’t put anything on their face, they are considered sluts? Let us know what you think of Fabiola’s video and share your thoughts on makeup people in general!

While some people find her transformations incredible, others call Fabiola a catfish.