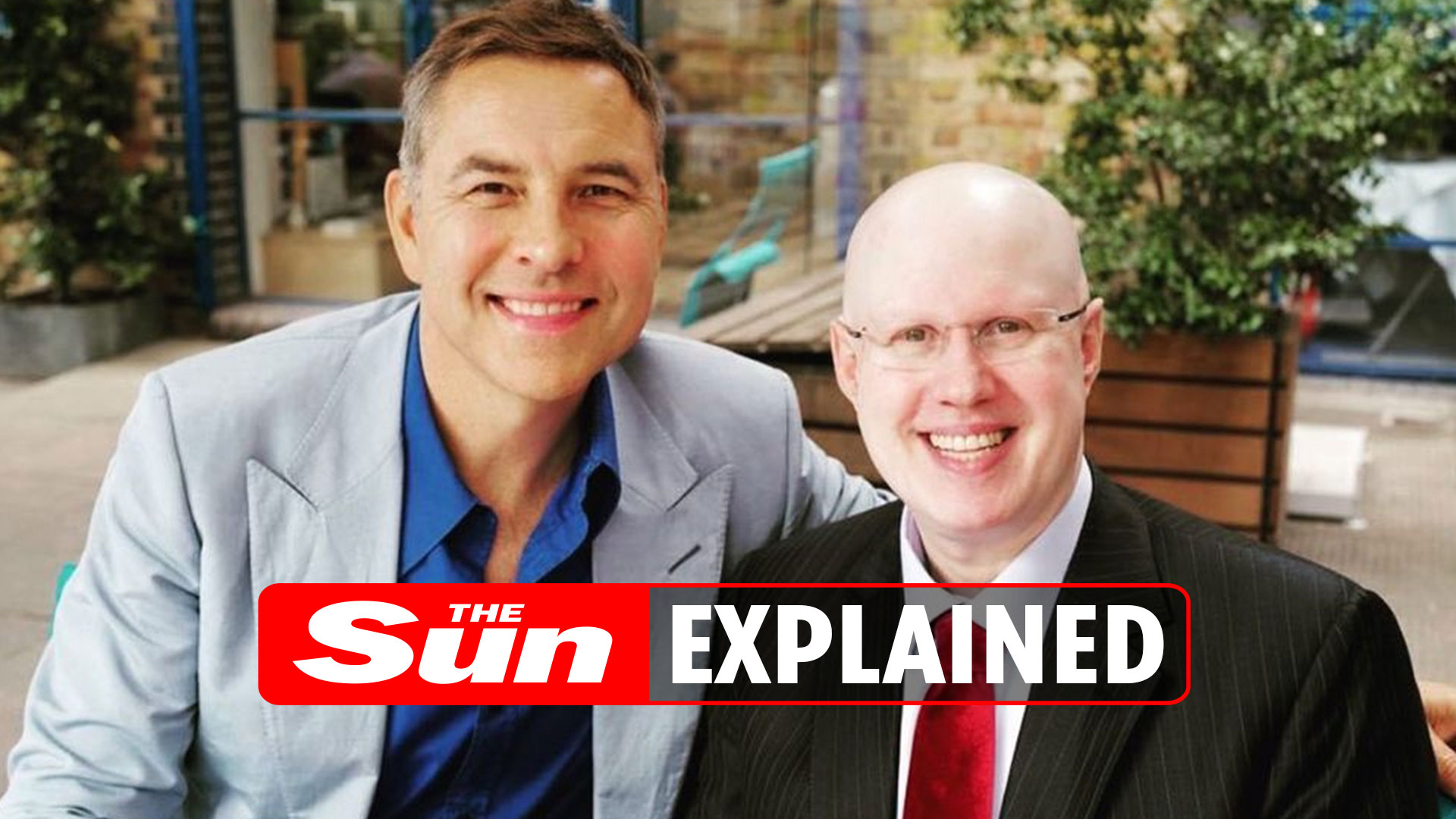 David Walliams and Matt Lucas are best known as the medical duo who created the world-famous Little Britain show.

The couple eventually reunited in 2019 after an eight-year feud, but are they friends again? Here’s how their friendship unraveled…

How did David Walliams and Matt Lucas meet?

Matt and David met at the National Youth Theater in the early 90s and quickly bonded over their love of comedy and the thrill.

One of their first collaborations was on Rock Profile which started in 1999.

After other TV parts, they finally hit it big in 2003 with Little Britain, and the show ran until 2009.

Why did Matt Lucas and David Walliams fight?

The couple stopped working with each other in 2011, amid reports that the friendship had escalated.

Matt wrote in his autobiography about how tensions rose between the pair in 2005 during their epic Little Britain Live tour, leading to a spectacular backstage brawl one night.

In the book Little Me, Matt revealed that they “argued often” and fights over trivial matters, including what kind of chocolate to eat backstage, often escalated.

One particular disagreement over David’s facial hair during the tour turned into an all-out screaming fight.

Matt explained that they “suddenly started insulting each other.”

Although they managed to make amends, they clashed again during the Australian leg of the tour in 2007, and despite performing together on their second show, Come Fly With Me, the partnership broke up in 2011.

In the book, Matt also made a series of snide digs at his former partner, quipping, “Walliams has sold so many children’s books that he can probably buy his own private jet, all pink, with a river in it. swim up.”

But that’s not all.

David got the answer when he released his own autobiography, Camp David, in 2012.

While promoting the book, he was asked about his relationship with Matt on Radio 4, to which he replied, “We’re very different people and probably want different things and have different ways of working.”

He added, “Well, it’s all over for now. Whether it’s over forever, I don’t know.”

Despite past troubles, the couple were seen together at the funeral of their mutual showbiz friend Dale Winton on May 22, 2018.

The former friends bonded in their grief over Supermarket Sweep host Dale, who was a great friend to both of them.

Then, much to the delight of fans, the comedy duo reunited in 2019 after an eight-year feud, announcing that they were planning a “huge return to TV.”

Matt and David finally started working together again in 2019, creating a one-off Little Britain special called Little Brexit which aired on BBC Radio 4, where the show began in 2000.

At the time, Sioned William, contributing comedy editor for Radio 4, said: “Matt Lucas and David Walliams are exceptionally talented writers and performers and one of the UK’s most beloved comedy duos.

“I’m honored to bring them back to Radio 4, where Little Britain first began nearly 20 years ago.”

During the reunion hype, a source said: “It’s very quiet and very recent, but Matt and David have started talking again.

“They reconciled, which is amazing, and even better, they are seriously discussing the possibility of working together next year.

“Both realize that they missed each other very much, and understand how much joy they can bring to themselves and the general public by returning.

‘Fly with me’ seems like the best option at the moment.”

And Matt Lucas even backed up that notion by saying the pair talk “every single day” in an interview with Capital Breakfast in April.