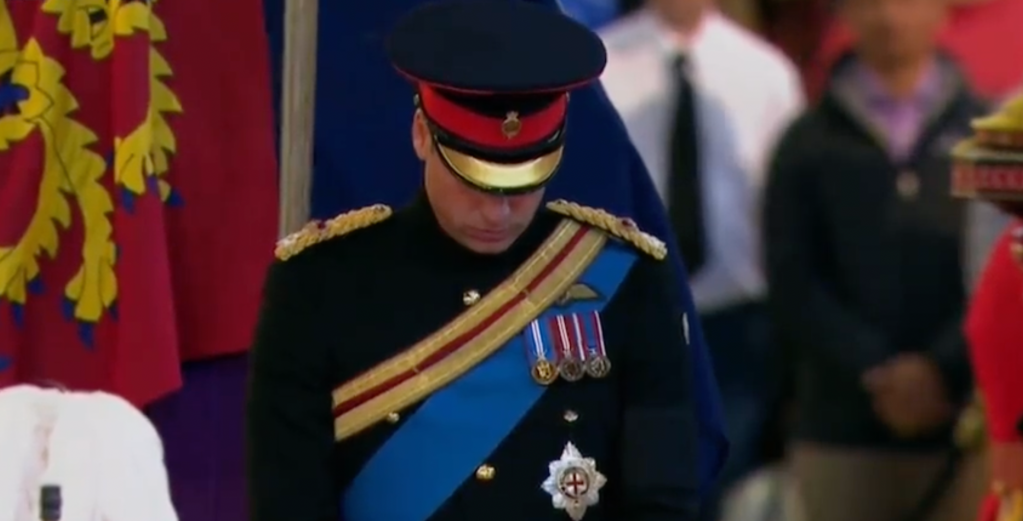 Prince William and Prince Harry have joined their cousins ​​in standing in for their late grandmother Queen Elizabeth II at Westminster Hall in London.

Viscount Severn is the youngest at 14.

This is the first time that a grandson of a king has stood vigil over a casket. pic.twitter.com/sMm4wiqdMl

The new Prince of Wales and the Duke of Sussex stood in the catafalque alongside Peter Phillips, Zara Tindall, Princesses Beatrice and Eugenie, Viscount Severn and Lady Louise Windsor where thousands of mourners have passed to pay their respects over the past four days. late king

It follows the Queen’s children who performed the same service on Friday evening.

Outside, the queue is miles long, as mourners wait 24 hours to file by the Queen’s coffin. Her Majesty will lie in state until Monday morning, hours before her state funeral at Westminster Abbey.