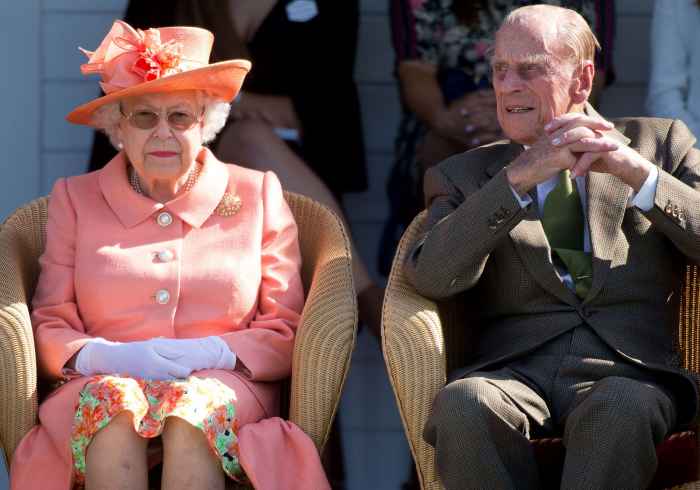 Forever by his side. Queen Elizabeth II is buried next to her late husband Prince Philip, who died last April.

The long-reigning empress, who served 70 years on the British throne, died on September 8 at her Balmoral castle in Scotland at the age of 96.

“On Thursday, the world lost an outstanding leader whose devotion to country, the Realms and the Commonwealth was absolute,” Prince William wrote in a statement at the time. “So much will be said in the coming days about the significance of her historic reign.”

The Prince of Wales continued: “However, I lost my grandmother. And while I will mourn her loss, I also feel incredibly grateful. In my fifth decade, I enjoyed the Queen’s wisdom and comfort. … She was by my side in the happiest moments and the saddest days of my life. I knew that day would come, but it would be some time before the reality of life without a grandmother would be truly real.”

The chosen resting place was sweetly significant for the former queen, whose relationship with the Duke of Edinburgh spanned seven decades.

Elizabeth first met Philip in 1934 when she was 8 years old, when she attended the wedding of Princess Marina and Prince George. Five years later, the couple reunited at the ages of 13 and 18, respectively, while they were attending the Royal Naval College, Dartmouth. During their second meeting, they fell in love with each other and started exchanging letters.

After being engaged in July 1947, the couple tied the knot in November of that year at Westminster Abbey in London. They went on to welcome four children: King Charles III, Princess Anna, Prince Andrew as well as Prince Edward.

“He’s the kind of person who doesn’t like compliments, but he’s just been my strength and support all these years,” the former monarchy said during a speech at her golden wedding anniversary in 1997. “And I and his whole family, and this and many other countries, owe him more than he will ever demand or we will ever know.”

Philippe, for his part, opened up about what he believes helped create a lasting bond between the couple. “I think the main lesson we’ve learned is that tolerance is one of the main components of any happy marriage,” he said during their 50th wedding anniversary celebrations in 1997. “It may not be as important when things are going well, but it is absolutely essential when the going gets tough. You can trust me that the Queen has the quality of tolerance in abundance.”