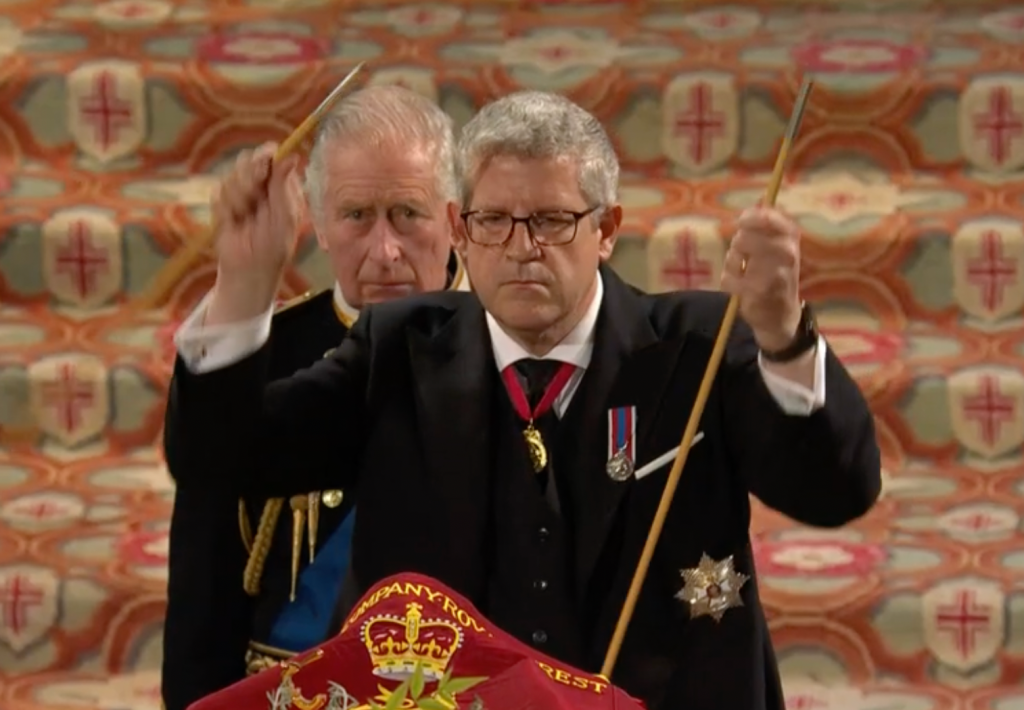 Queen Elizabeth II has been laid to rest at St George’s Chapel, Windsor – ending Britain’s dawn reign, which began 11 days ago with her death.

In the chapel, the setting for many royal weddings and funerals – including the burial of the Queen’s husband, the Duke of Edinburgh, in 2021 – the Queen was farewelled in a more intimate setting than the grand funeral service that preceded it in 2021. was Morning

Queen’s funeral: all the photos here

For the first time, the symbolic breaking of the scepter – the monarch’s ceremonial instrument of office – was televised, as the Lord Chamberlain snapped the staff in half, marking the end of the monarch’s reign, in front of the Queen. In the final act of The coffin was lowered into the Royal Vault. The staff will be buried with him.

The symbolic breaking of the wand of office is a traditional part of a sovereign’s funeral but this will be the first time the wider public will witness it. The last time this happened was on February 15, 1952, at the funeral of King George VI.

Before the late monarch’s committal to the royal vault under the floor of the Great Chapel, the Imperial State Crown, Orb and Scepter were removed from atop the Queen’s coffin and placed on the altar.

The Queen’s engagement means she is reunited with her late husband the Duke of Edinburgh, who died in 2021 aged 99. The couple had been married for 73 years. The Duke made a lifelong commitment to himself on his coronation day in 1953. On their 50th wedding anniversary in 1997, the Queen paid tribute to the man she called “my strength and stay”.

The chamber below the chapel, which contains the coffins of 25 members of the royal family, will not be the final resting place of the Queen and her husband.

There will be a private ceremony attended by members of the royal family this evening, when the couple will be laid to rest in the King George VI Memorial Chapel at the side of the main building.