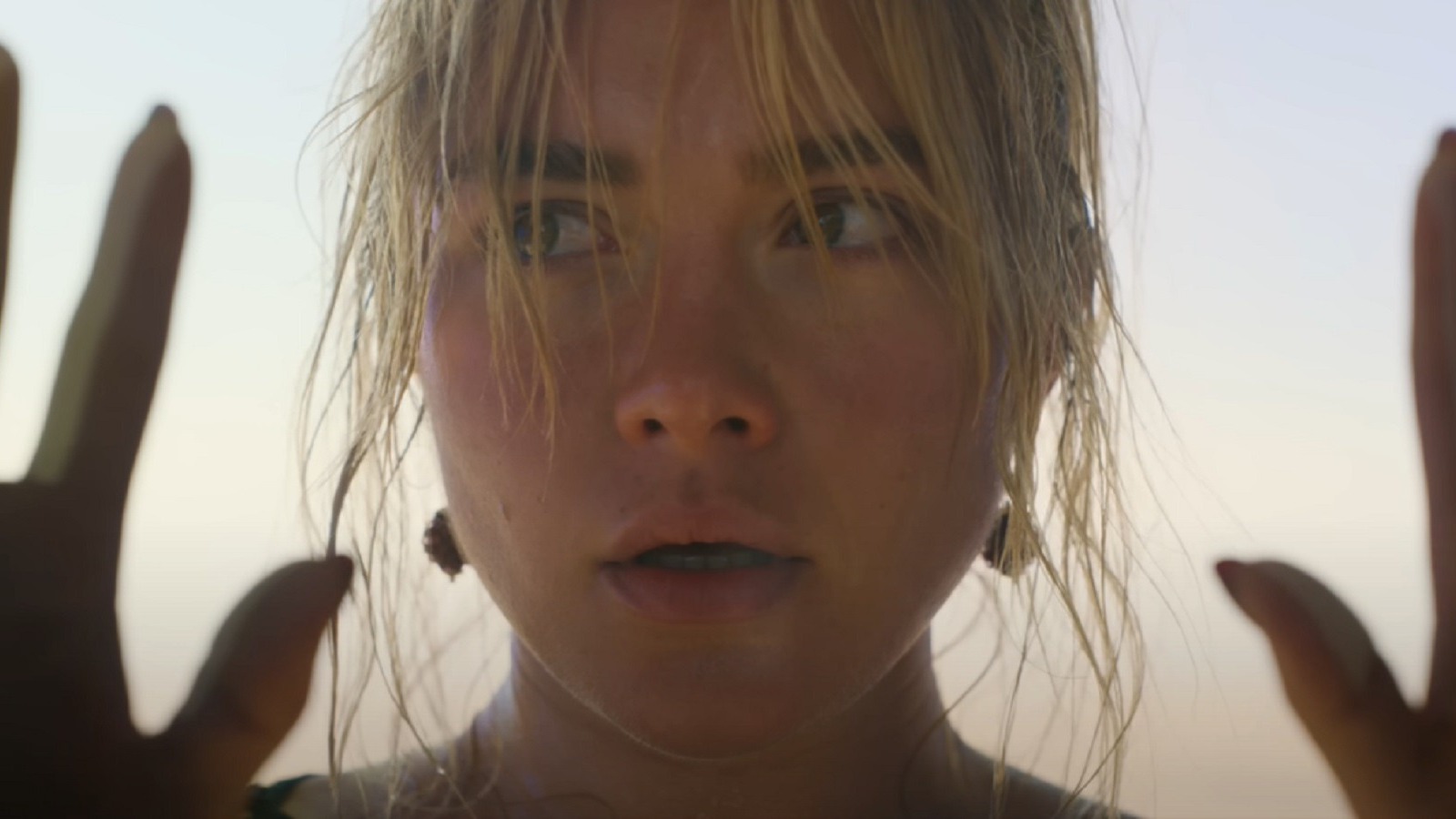 Alice is increasingly troubled by her suspicions that something strange is going on in her seemingly perfect mid-century middle-class world. Nobody believes her about the plane crash and she starts to go crazy. As if testing the nature of her reality, she takes the plastic wrap she used to keep the tomatoes and lettuce fresh for the fridge and wraps it tightly around her face. She twists the cellophane around her head several times, each layer crumpling her face a little and making it difficult to breathe. When Alice realizes that she is actually suffocating, she tries unsuccessfully to find the end of the plastic. With the urgency of life and death, she claws at her eyes until she manages to tear a piece of transparent film, and then tears off the rest just in time.

It’s not a suicide attempt, per se, on Alice’s part, but it’s undeniably a nasty act on yourself. At this point in Don’t Worry Darling, viewers are still trying to find a foothold. Is Alice in some kind of hell that only seems like heaven? Is what causes Margaret’s delirium contagious? This scene takes place about halfway through the movie, so the audience probably understands deep down that our protagonist is unlikely to die so soon. However, Pugh plays this whimsical impulse with such emotional honesty that you can’t help but gasp.