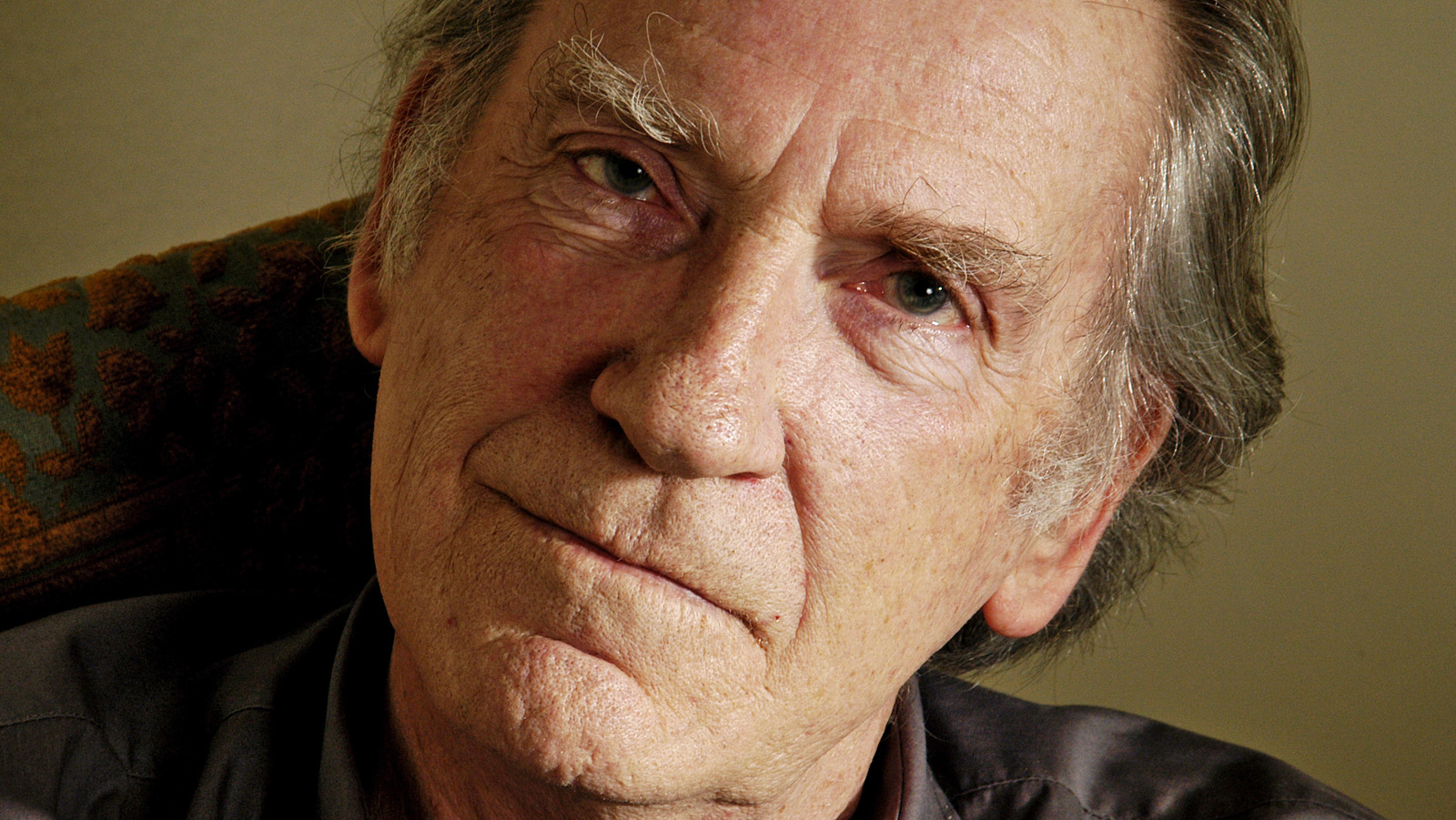 David Warner has been privileged to work with the great director Sam Peckinpah on three films: the epic western The Ballad of Cable Hog, the Nazi drama Cross of Iron and the controversial Straw Dogs. Of these three films, Warner’s role as the urban slob Henry Niles in The Straw Dogs stands out as the most memorable.

The role of Niles is a key side story of the main plot. His attraction to a young girl infuriates the townspeople and he is quickly ostracized like newcomer and outsider David Sumner (Dustin Hoffman). Due to Sumner’s plight with his wife and the quirky locals, he sympathizes with Niles, and later defends him from an angry mob. In the end, they leave together, leaving the city behind. According to Warner, Peckinpah asked him and Hoffman to improvise the ending. They came up with the perfect exchange, with Warner says“I don’t know the way home,” and Hoffman replies, “It’s okay, I don’t either.”

Warner was nearly eliminated from the film because, as he explained, AV Club – He broke his leg in an accident, which made it difficult to insure him for filming. Peckinpah approached and promised to cover him for the production. He hobbled throughout the film, but his name is nowhere to be found in the credits, as there was a dispute between his agent and the film’s producers over his billing.