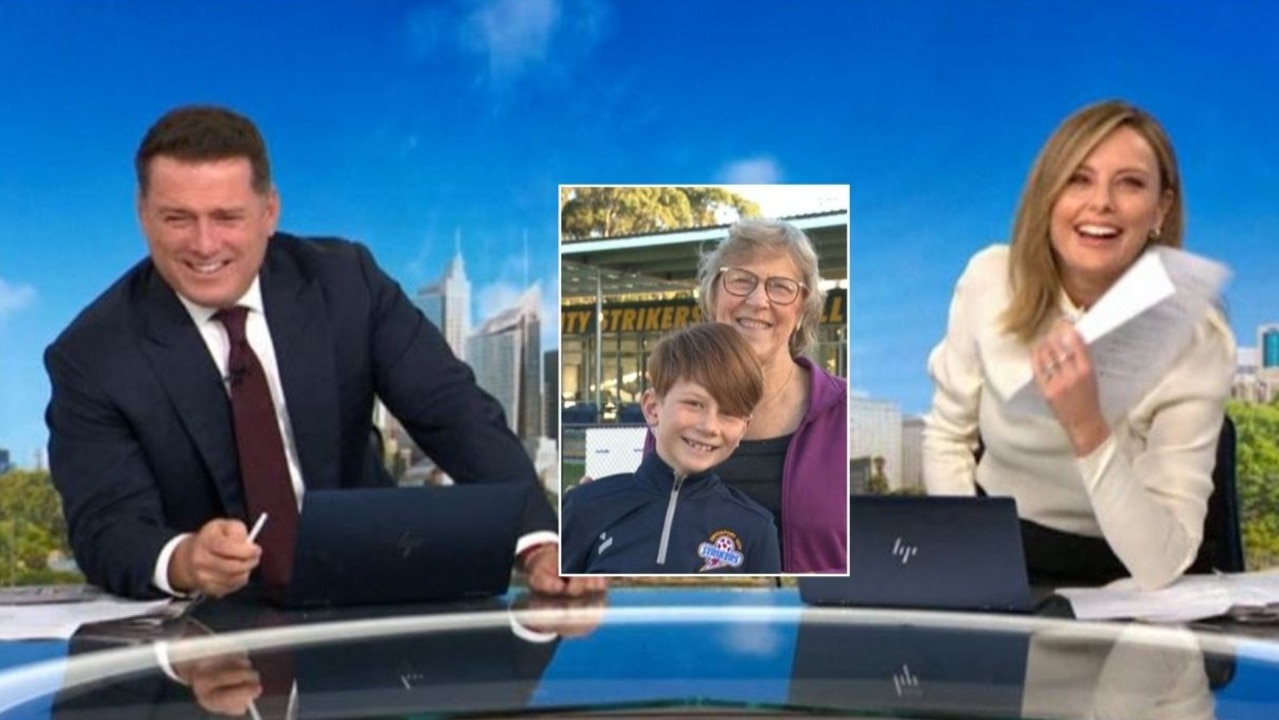 Karl Stefanovich was in shock this morning after Scott Morrison’s interview with a child took a wild turn yesterday.

Karl Stefanovich and Ellie Langdon were speechless this morning after an interview with a kid bulldozed by Scott Morrison yesterday took an unexpected turn.

On Wednesday, the prime minister inadvertently imagined the wildest moment of the campaign when he pulled out a child during a football game in Tasmania.

Mr Morrison was playing a practice game with the kids at the Devonport Strikers’ home when he ran for the net, which went wrong, colliding with Luca Fowett and knocking him down.

The incident made headlines both across the country and around the world after it immediately went viral on social media.

On Thursday morning, Luka appeared on Today with his grandmother Joy to discuss tackle, with the boy telling Today he was “good” as a co-host, despite the fact that the prime minister, whom Langdon described as “not a little man”, took him on.

“So we were playing football and I think someone was trying to pass it to me or Mr Morrison and what happened was he tripped and tried not to fall on me,” Luca said on air.

“So he tried to fall under me.”

Luca was then asked what Mr. Morrison had said to him afterwards, and it was revealed that he was told he was “a good sportsman”.

Meanwhile, his grandmother said she was “a little shocked” to see her grandson being beaten on the field.

“I could see how (Morrison) was trying to protect him and keep him from harming his own body, I think,” she said.

“Then Luka got up pretty quickly, I could see that he was fine.”

Luca then revealed that Mr. Morrison called him later that day to check on him if he was all right, adding that he “must be a big football fan”.

Waving a red card, Luca then said that he thought “should have been a penalty”. Today the hosts, who have declared Luka a “legend”, chuckle.

“What a character,” Stefanovich said, laughing.

But then the cute interview took a strange turn after Stefanovic mentioned that he had heard that Luka was “a bit of a rapper” and challenged him to “compose a rhyme.”

“I was at the bar with my drunken crew… And it was me, Jack Daniels, and home Jim Beam,” Luka began.

“Sit down at home, boys … We have everything this morning. We know who we are _ And you can represent _ Collect ball rent because you represent…

“I’ve been rapping since I was two years old… Only in one shoe…” he continued before the program cut to a commercial break.

Shortly thereafter, Scott Morrison and the football club posted claims of the collision on Facebook.

“Salutations to young Luca for being such a good sportsman,” the prime minister wrote.

“You may have seen that at club practice tonight at the Devonport Strikers Football Club in Tasmania we had a little clash. I spoke to Luka and his mom Ali tonight to check on him and he was in good shape.”

“It’s great to be able to talk to him about his love of football and hear that he has already scored three hat-tricks in his promising career.”