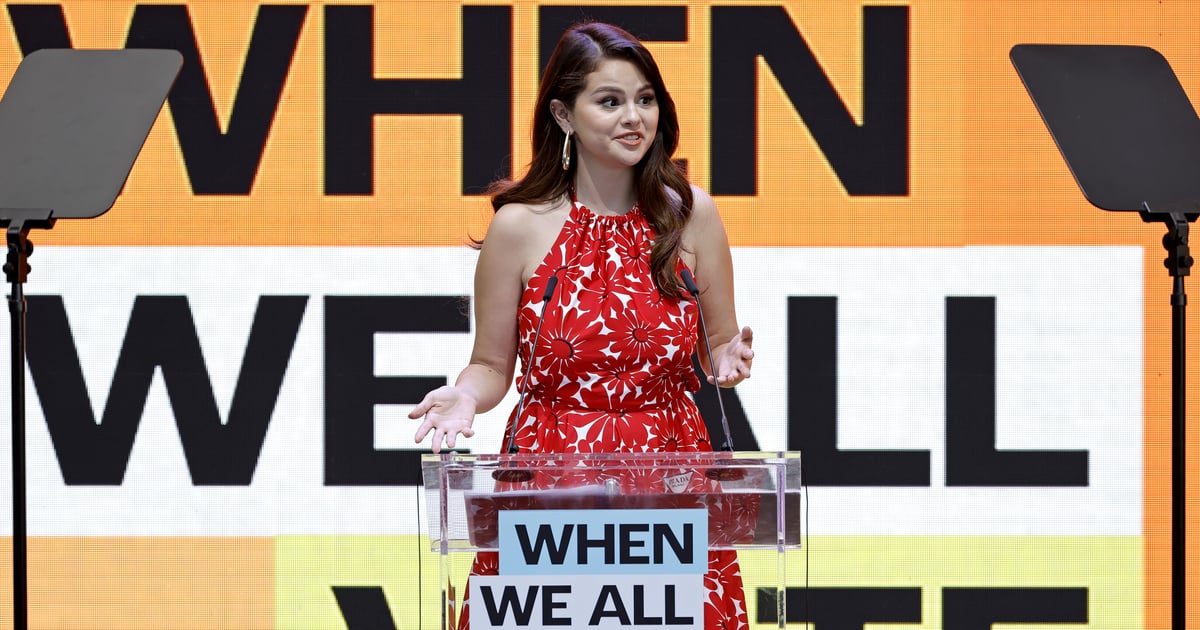 On June 13, Selena Gomez introduced Michelle Obama to When we all vote the first ever Summit on the Culture of Democracy. “This work is incredibly important to me, especially when I think about the people who have sacrificed themselves so that we can all exercise our right to vote,” she said. “People in elected positions influence all of us and make decisions on issues that concern us, including our right to vote. This November, in our midterm elections, we will decide who holds all 435 seats in the House of Representatives, 35 of the 100 seats in the Senate, and countless local and state elected officials. But we can’t ignore the fact that many people don’t vote in the midterms, and that’s why we’re here today – to change voting culture and increase participation in every election.”

She further noted Obama’s ongoing work to protect and expand American democracy. “None of our work at When We All Vote would have been possible without our founder, former First Lady Michelle Obama,” she said. “She launched When We All Vote as a non-partisan organization because this work is more than one party, one election or one moment. Our goal is to increase voter participation, especially among black, brown and young voters, and to change the culture around voting.” She went on to introduce Obama as “the keynote speaker at today’s Culture of Democracy Summit and as a friend.”

At the start of his speech, Obama thanked Gomez: “Let me start by thanking Selena for all her wonderful work,” she said. “It was great to have her on my team doing a great job of When We All Vote.

Gomez joins When We All Vote as co-chair in 2019 along with new co-chairs Shonda Rhimes, Tracy Ellis Ross, Kerry Washington, Lisa Koshy and Megan Rapino. When We All Vote was created by Obama in 2018 to eliminate race and age differences in voting and promote democratic participation in all areas.

The Culture of Democracy Summit, which ran from June 10-13, brought together various leaders, organisers, brands and coalitions to “raise awareness of the challenges facing our democracy and boost civic engagement,” according to the When We Vote website. It featured in-person and virtual events and conversations, culminating in Obama’s keynote speech on Monday night.

While Gomez has been involved in electoral work with When We All Vote for several years, she has not always been fully involved in politics. In 2020, she revealed that in the 2020 elections she voted for the first time. “Honestly, I’m not ashamed to say it, but I’m like – it was my first time,” she said during an appearance on Voting Power Hour Youtube series. “And I’m going to say this because I’ve never felt — and it’s so true — and now I’m kind of admitting it to people, like my voice matters. Every little thing matters, so I just think some people head like, ‘Well, what does it matter?’ And when I really, really started to get into it and dive into it, that was all I could focus on.” Since then she has been loud about encouragement her fans participate in the formation of democracy.