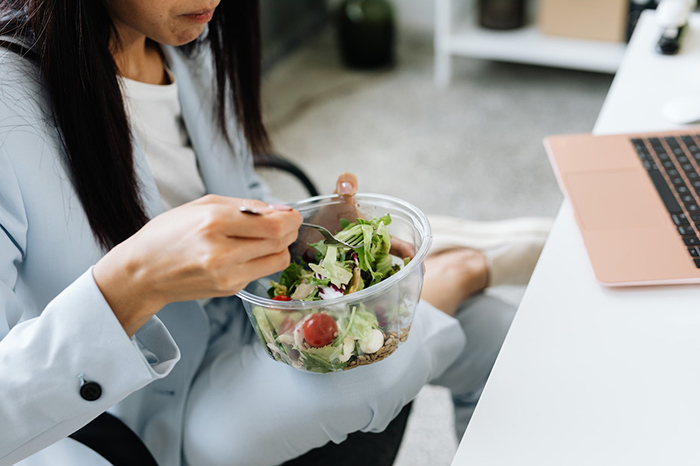 Decision making is an essential business skill that drives organizational performance. Actually, one Survey Management consulting firm Bain’s study of more than 750 companies found a 95 percent correlation between decision-making effectiveness and financial results. (Their data also show that companies that are good at making and executing decisions are about six percent more profitable than their competitors.)

However, not every manager is able to figure out what is best for the company. Like the Reddit user in charge Zorggalacticus and their colleagues. Recently, the entire team had to go to a meeting with the CEO, but the manager said it would count as everyone’s lunch break. To fight back, the workers came up with a plan on how to inform the boss without actually saying anything. Keep scrolling to read about it at Zorggalacticus Post on the ‘Malicious Compliance’ subreddit.

This manager told the employees that their meeting with the CEO would count as their lunch break.

So all 60 of them figured out a way to let the boss know about it without actually saying anything. 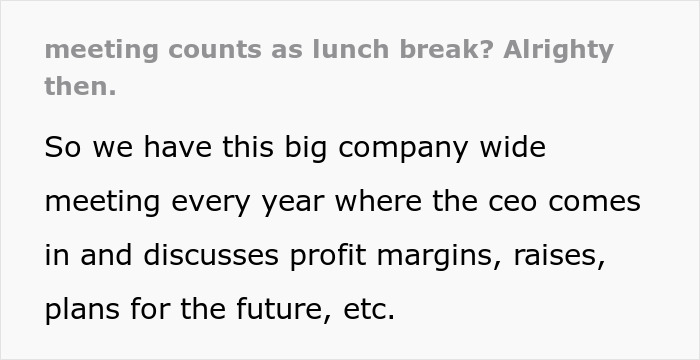 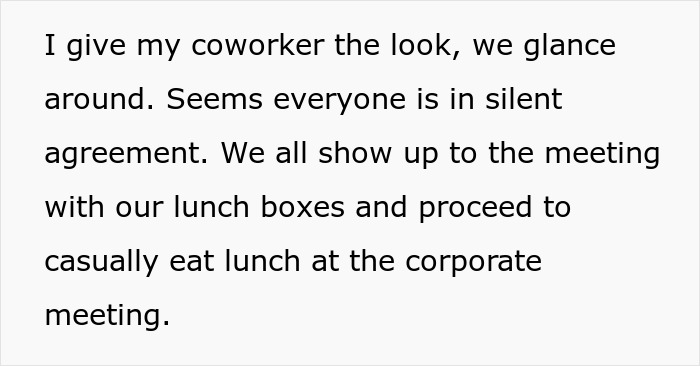 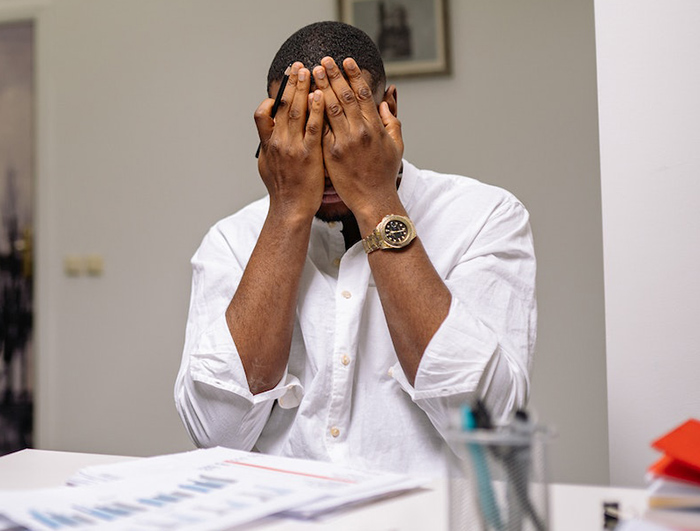 The original poster (OP) provided more details about what happened in the comments.

And people thought the manager was coming.

Some also recalled their similar experiences.

[others shared how it’s done properly]