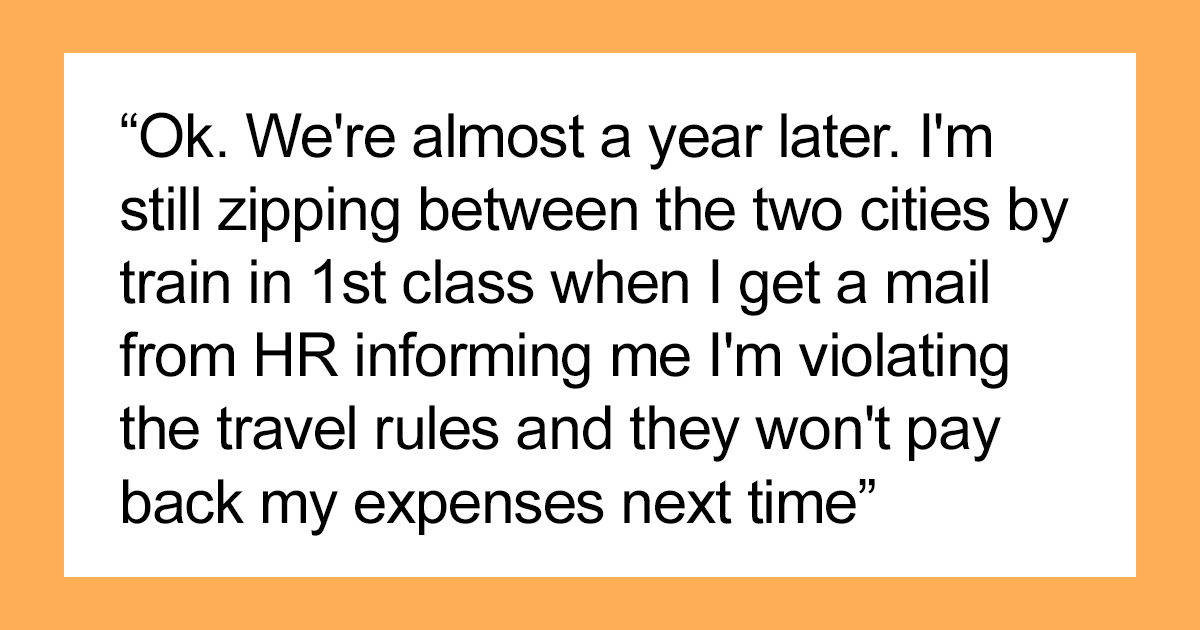 No one knows where the practice of cutting costs in business came from – even in quite prosperous companies. But be that as it may, even if the company has just made the biggest profit in its history, there will definitely be a manager who will offer to save on something.

For example, for travel expenses of employees, even very important ones. It happens when you have to regularly travel between several cities – and why spend money on trifles if you bring a lot of money to the organization? But still, cutting costs is cutting costs, maybe just “because everyone else is doing it.”

But sometimes such pettiness is punished. As is the case with this Redditor, whose Malicious Compliance community post has garnered almost 10,000 upvotes to date and over 300 people have commented on it.

The original poster had to travel extensively between Brussels and Frankfurt on business.

So this was about fifteen years ago when Original Poster was based in Brussels and their company headquarters was in Frankfurt, so the OP had to travel there periodically. The cities are about 200 miles (320 kilometers) apart, so there were three transportation options: car, train, and plane.

We used to travel by train, especially first class, as the difference in ticket prices was not that big.

The management warned the OP beforehand that it would be better not to use their car because it would be too expensive to pay per km. Therefore, the author of the post usually traveled by high-speed train. Second class as usual – however, after one trip, when a mother with a baby suddenly appeared at their booked place, flatly refusing to leave him, so the OP had to stand the whole trip, they decided to go first. 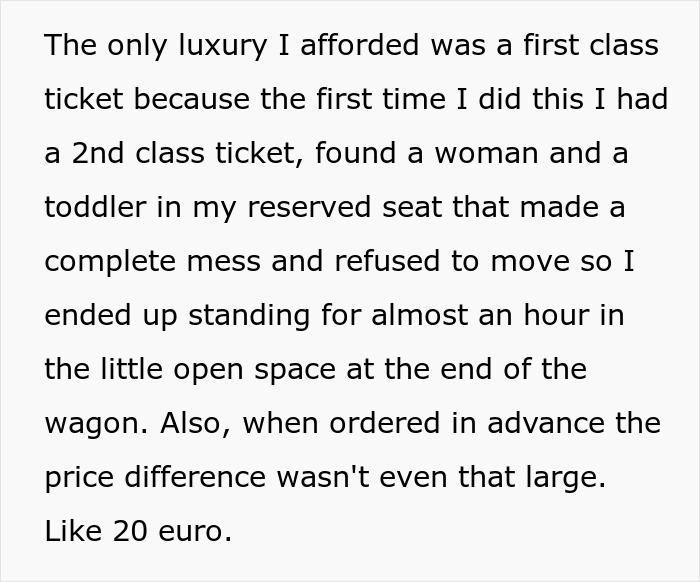 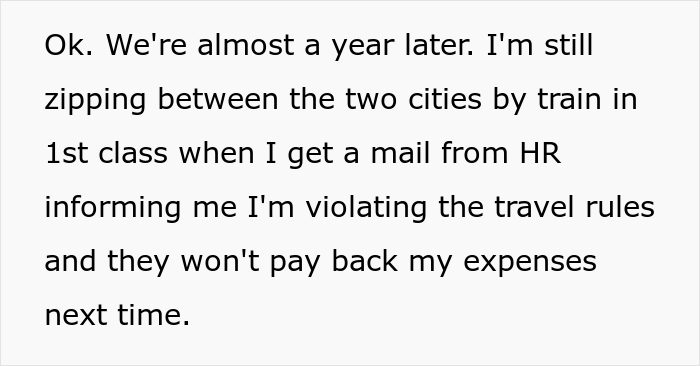 One day the OP got an email from HR saying they were violating company rules.

At the same time, the difference in the cost of tickets in different classes was not very big – about 20 euros. In general, for almost a year, the OP traveled between cities first class and one fine day received an unexpected letter from the personnel department. The letter stated that they were violating company policy, so the company would not refund travel expenses for first class tickets. 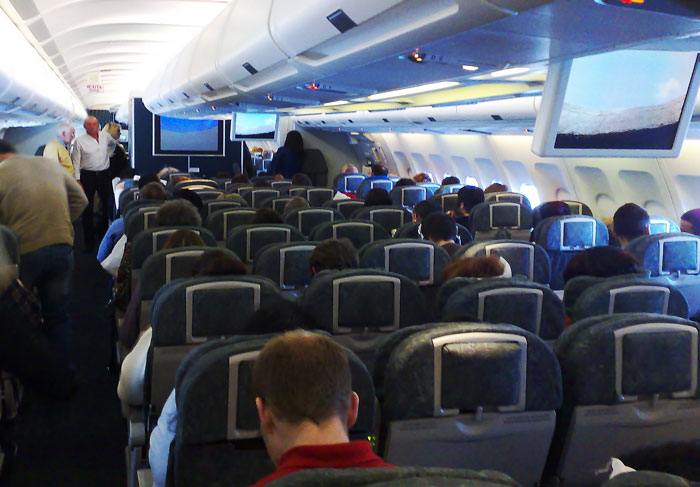 The OP was surprised and decided to clarify the rules. As it turned out, the rule was this – either a reserved seat train or an economy flight. The original poster asked if they could make some kind of exception, but was sternly denied. 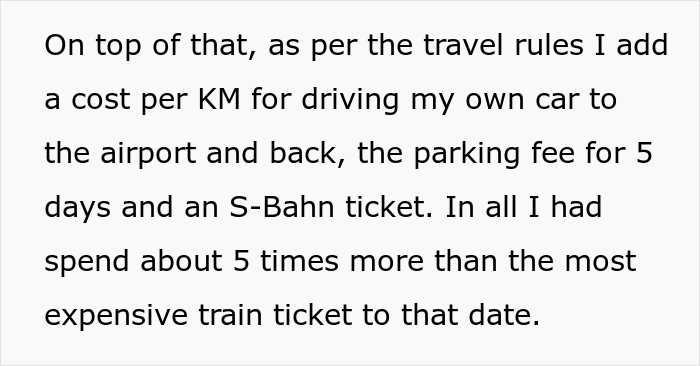 OP’s next trip was on an economy flight, but it cost about 5 times more than first class tickets.

Not a problem, the OP decided, and next time they flew to Frankfurt by plane. The only problem was that flights between Brussels (the capital of the EU) and Frankfurt (one of the banking capitals of Europe) were incredibly expensive. In addition, in full compliance with corporate rules, the OP also included the transport costs per km for their car to and from the airport, as well as travel on the S-Bahn in Frankfurt.

The result was about five times the amount usually spent on first-class train tickets. Needless to say, about a week later, the OP was granted the same exception that had previously been denied so bluntly. 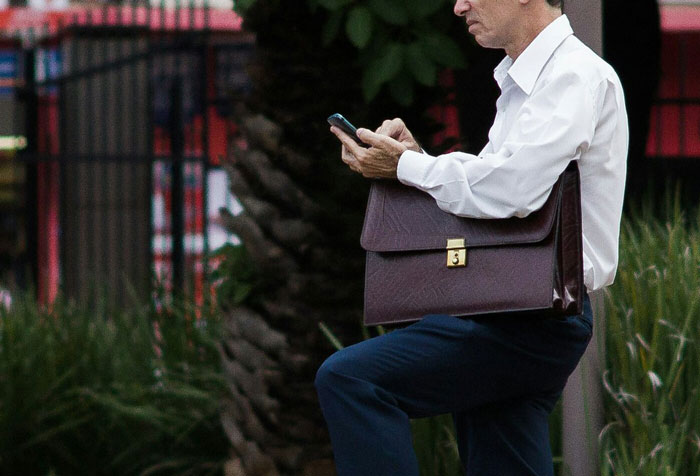 Commenters on Reddit were mostly in awe of the OP’s witty decision.

People in the comments mostly admired the OP’s witty decision, though some pointed out that they could have taken the cheaper tram instead of the S-Bahn in Frankfurt. However, it is possible that they simply once worked in the management of the company themselves and thought just from the point of view of thrift. 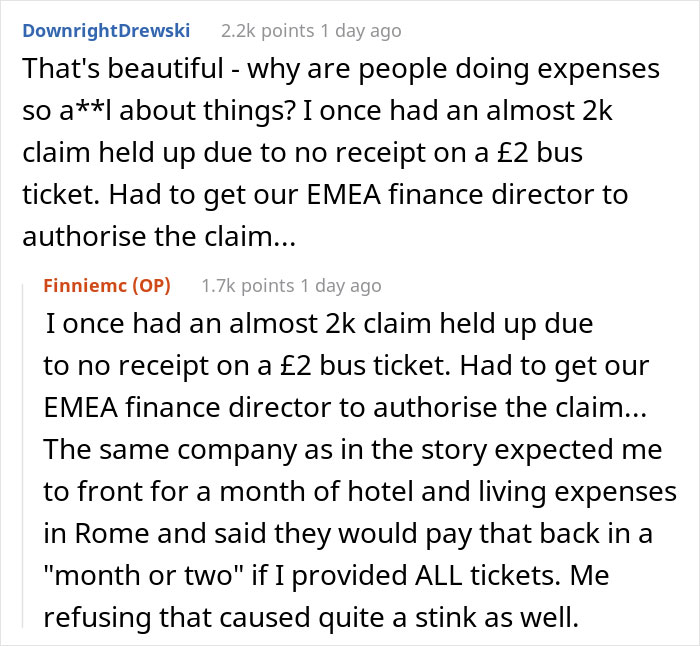 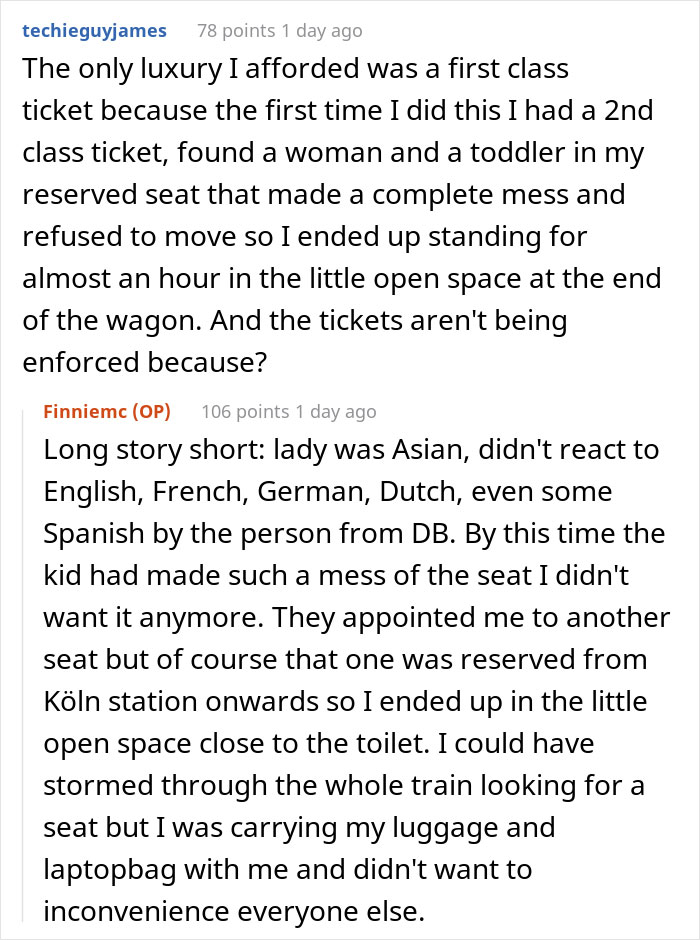 It is interesting that such cases were not isolated, as commentators cited at least three similar situations that happened to themselves or with acquaintances, and in different countries. And most notably, the OP added that since then, a special provision has appeared in the rules of their company about “choosing the cheaper option for the organization.”

By the way, this article also has one “corporate rule” – you must either leave your comment or tell a similar story. Just choose the option that is more convenient for you. 😉