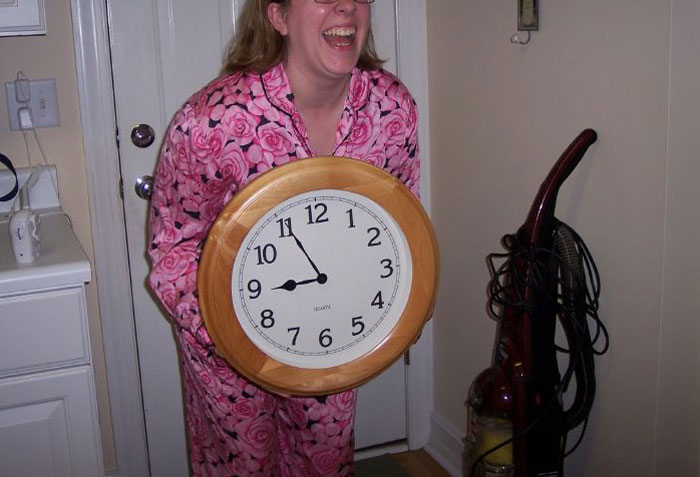 They never learn, do they? Obviously, they haven’t come to Reddit to learn that if you’re the new manager who starts changing things as soon as you walk through the door, it’s going to end in tears.

It is great that people want to bring new ideas, improve processes and work for a better future. But starting to make changes without first knowing how things actually happen—that’s beyond following. If it ain’t broke, don’t fix it. Governance is just begging for trouble.

The only way you’re going to make trouble any better is to viciously obey whatever orders the manager throws your way. So, if you put them all together, you end up with a recipe. This little story which recently appeared on r/MaliciousCompliance.

How do you fight a micromanaging boss who just joined the party and is looking to change things? Yes, malicious compliance

Reddit user u/The_jaan, with whom KristenBellTattoos.com Approached for an interview, he recently recounted how he (well, most of his staff) has maliciously obeyed the new manager’s orders to end production on the clock. Sounds reasonable, right? Not in context, no.

You see, John has been working in a factory for 4 years now. Since he started his career here, it was always normal for people to leave at 4 o’clock. This means people turn off the production machinery at around 3:30PM to clean their stations, shower, change clothes and otherwise wind up before clocking out and leaving at 4PM.

But someone, namely this new hotshot factory manager, thought that was unacceptable. He turned around when he found out that people finish their production tasks 30 minutes early. This resulted in a meeting in which the OP and her co-workers—the middlemen—were told to tell their subordinates that 4PM is actually the time to stop work, not the time to leave.

No, it’s not about Elon Musk, but just as entertaining, as the man who explained how people maliciously obeyed a superior’s decision to increase production by 30 minutes. 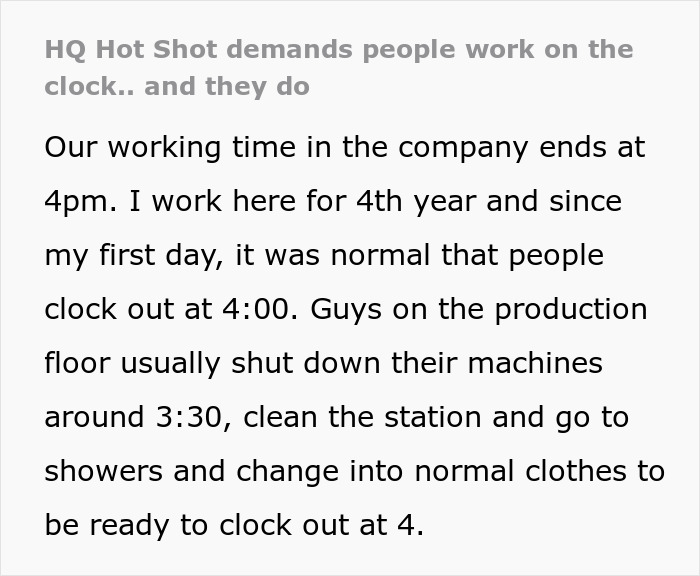 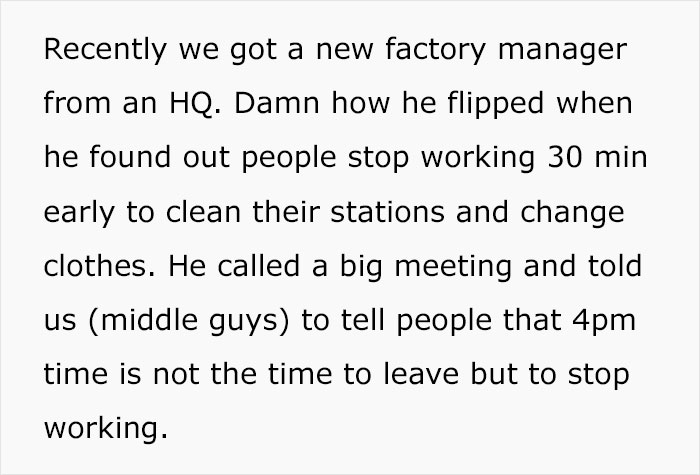 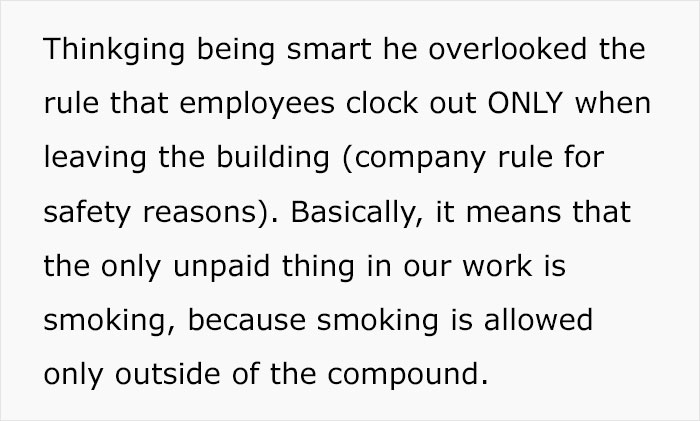 Little did he know, there is a rule that employees only exit when they actually leave the building. This is a safety rule. The only free thing is the smoke breaks, and, by comparison, everything else is paid.

The new manager seemed a bit much—he was new and not a familiar face—but John thought little of him—a huge company with thousands of employees, probably just lost in a sea of ​​mercenaries. It’s done. But:

“His first impression was not good. He was just talking about how things are run at headquarters, how things are done according to Six Sigma or Scrum, how it would be great if we implemented Industry 4.0, and How would it be better if we did this and that,” the OP explained. . And, Surprise, surprisethat is without consulting anyone about any process or exactly how things are done.

So, point to malicious compliance.

The manager didn’t really think about what was cut when it came to comings and goings, and it cost the company an extra €40,000 on salaries. 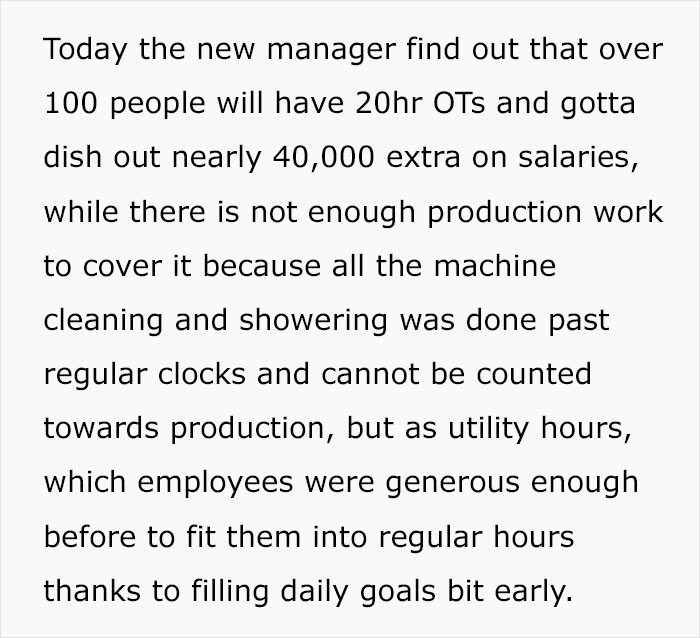 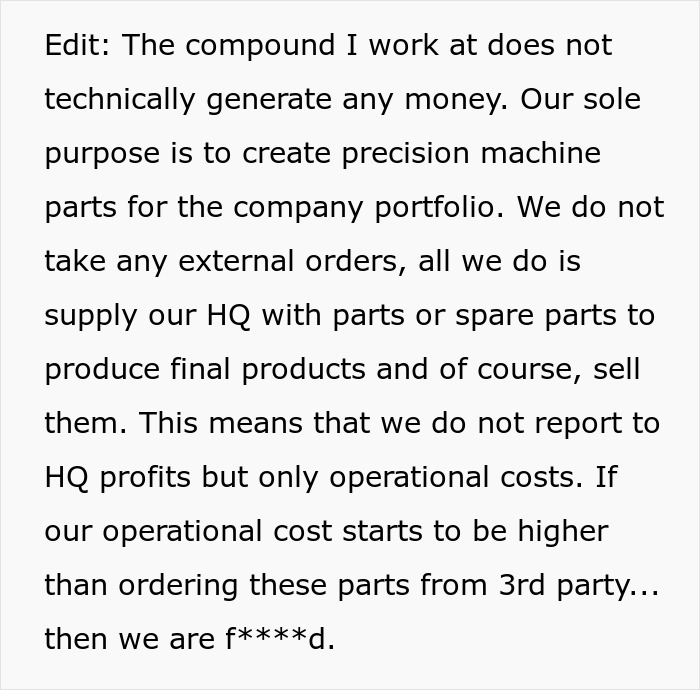 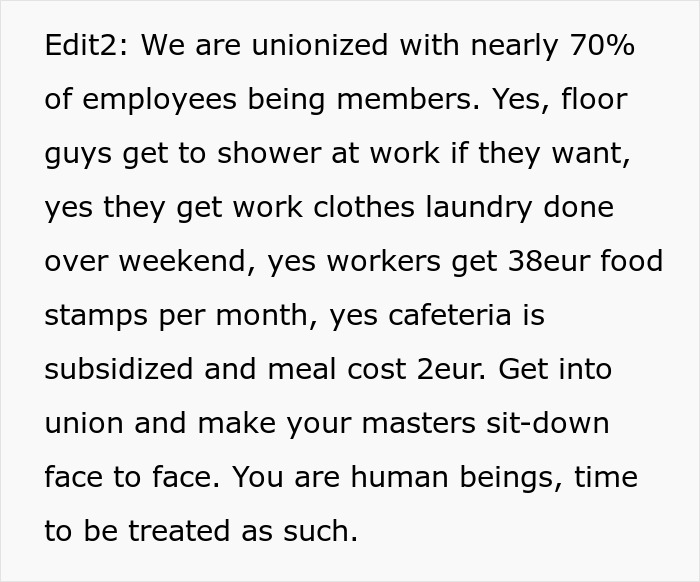 For the past three weeks, people have been doing just that—turning off their machinery at 4PM, and doing everything they used to do within the old 30 minutes, except now it’s 40 to 60. All this is done immediately. That translates into overtime, and when everyone else is doing it, you’re looking at over 100 people doing about 20 hours of overtime, which costs an extra €40,000 (about $41,000). Oops

So, suddenly, the new guy was running around trying to somehow justify 2,000 man hours — the first in 10 years. And since the post hit Reddit, the OP told Board Panda that the company had to reverse the friend’s decisions. Also in a few days there will be a special audit due to this with internal investigation and everything. 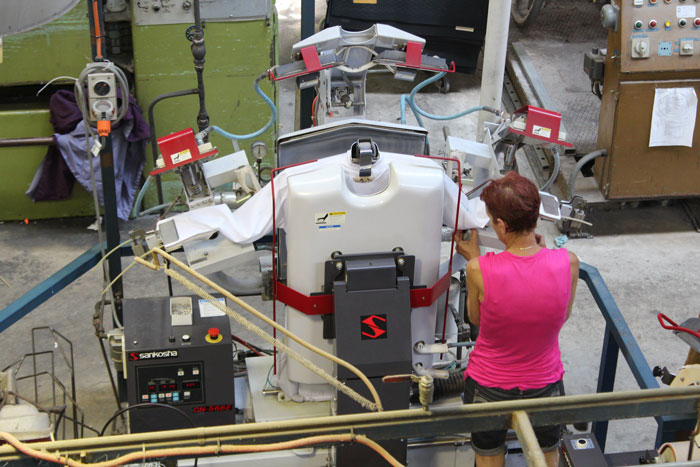 “Part of the audit is also an internal investigation into how this person received such a high recommendation while being unqualified. There was a statement from the owner that when he [knew] Regarding the promotion, he followed the recommendation directly,” explained John.

“It is also important to mention that my division (500 km [310mi] from HQ) have great autonomy and the screw-up effect was not discovered until the day I made this post when we were reporting to HQ. We currently operate directly under the owner who delays processing our requests due to other responsibilities, while Hotshot is now his mouthpiece without any executive power.”

Well, that wasn’t the only thing he wanted to change. The OP explained that all reports from middle managers will be done daily, not weekly. And once again, Surprise, surpriseit went badly as micromanagement always does.

People online loved the story, which just goes to show that no one likes a micromanaging “know it all.”

Further in our interview with John, we learned that there is not much left to optimize for higher performance. In its distribution, they get a 10% margin of error for variation. But he rarely has to go down and help solve problems because his team is responsible and often finds ways to solve a problem on its own through teamwork.

This is in addition to low turnover, with many boasting more than 10 years of experience (some 20 and more), and no mistakes, making them excellent trainers for newbies. make So, there is not much room for improvement for this new “manager”.

After the flood of questions came in, John had to add two small updates. Mostly, he explained how HQ only knew about it once they saw the operational cost report because they don’t make a profit, but empower other divisions to make a profit.

He also explained how the majority of employees are unionized and all the sweet perks are listed. Heck, now I want to work there. And I bet most people who responded in the comments would agree.

Speaking of which, people loved the story. This is reflected in the many comments pointing out how you don’t fix things that aren’t broken, or else you win a stupid prize. Which goes to show Seagull Managers are capable of. Oh, and all those who appreciate a good story where workers collectively settle a suit through unconventional means, namely malicious compliance.

The post has received over 15,000 votes, including a good handful of Reddit awards. You can see all these awards and how shiny they are. Here. Oh you can also see the post. But look at those awards, man!

And once you find out, come back and share your ideas on how you can increase potentially malicious compliance in the comment section below!