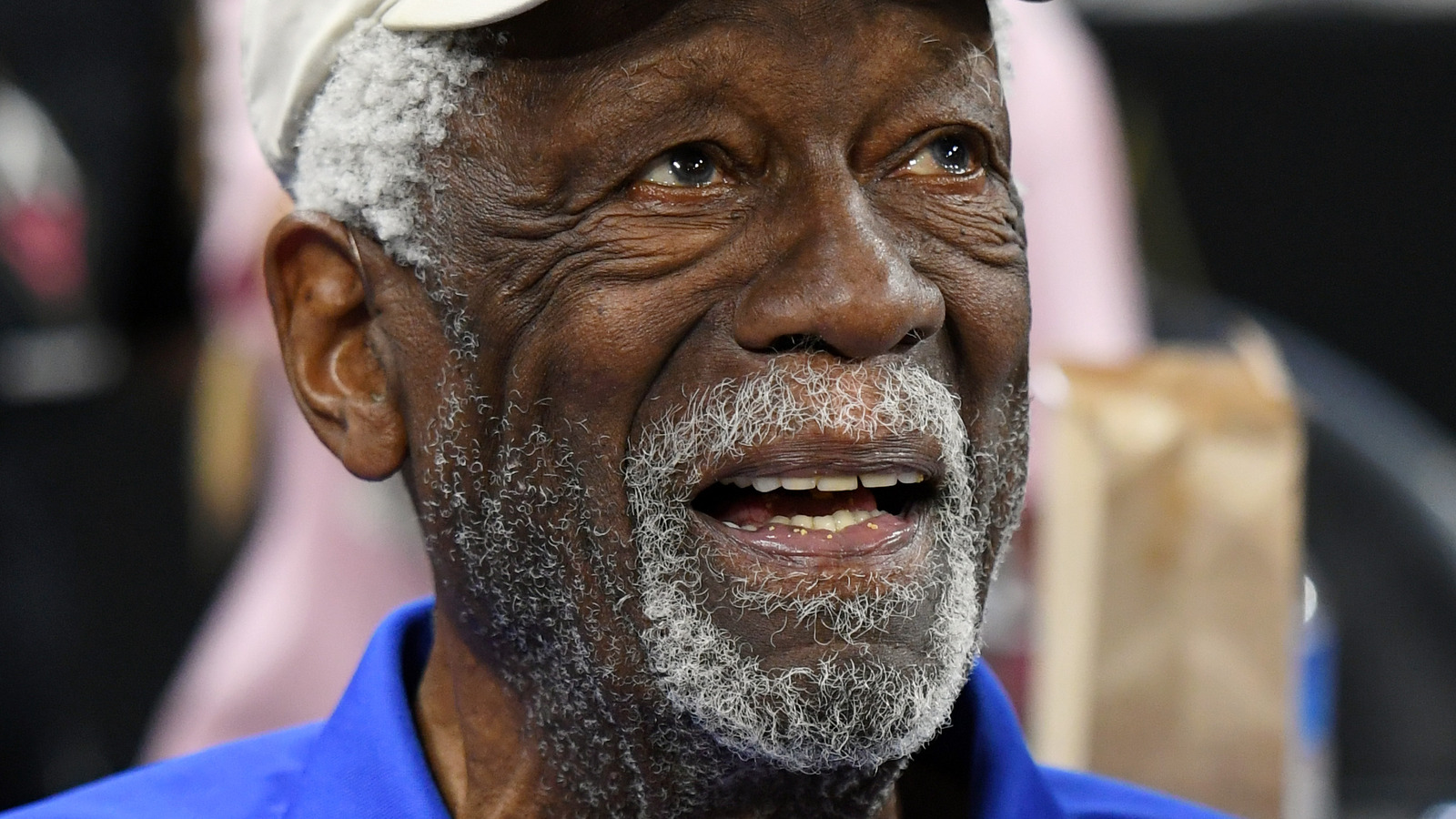 On November 3, 1979, Bill Russell hosted Saturday Night Live, the fifth season of which was then airing (via IMDb). In his opening monologue, he noted that teamwork is the key to success in both athletics and entertainment. “A successful TV show is no different than a successful basketball team,” Russell said. “Everyone should work together to make the best show.”

Russell appears in four scenes throughout the episode, including a parody of the then-popular show The White Shadow, which the SNL writers dubbed the Black Shadow. He then appears as Master Sergeant Evander Williams in a skit where Bill Murray performs as a trashy lounge singer on a USO show. The two icons also share a stage in another skit where Murray plays the clueless talk show host and Russell just plays himself. Russell’s last appearance on SNL was in the show’s final skit as a customer in a men’s clothing store for big, tall men.

Needless to say, it seems clear that Russell will be best remembered for his accomplishments in basketball and his active role in the civil rights movements. However, it should also be noted that Russell’s appearance on SNL marked the first time an NBA player had hosted a variety program. Over the past decades, many famous athletes have followed in his footsteps (through Ringer).