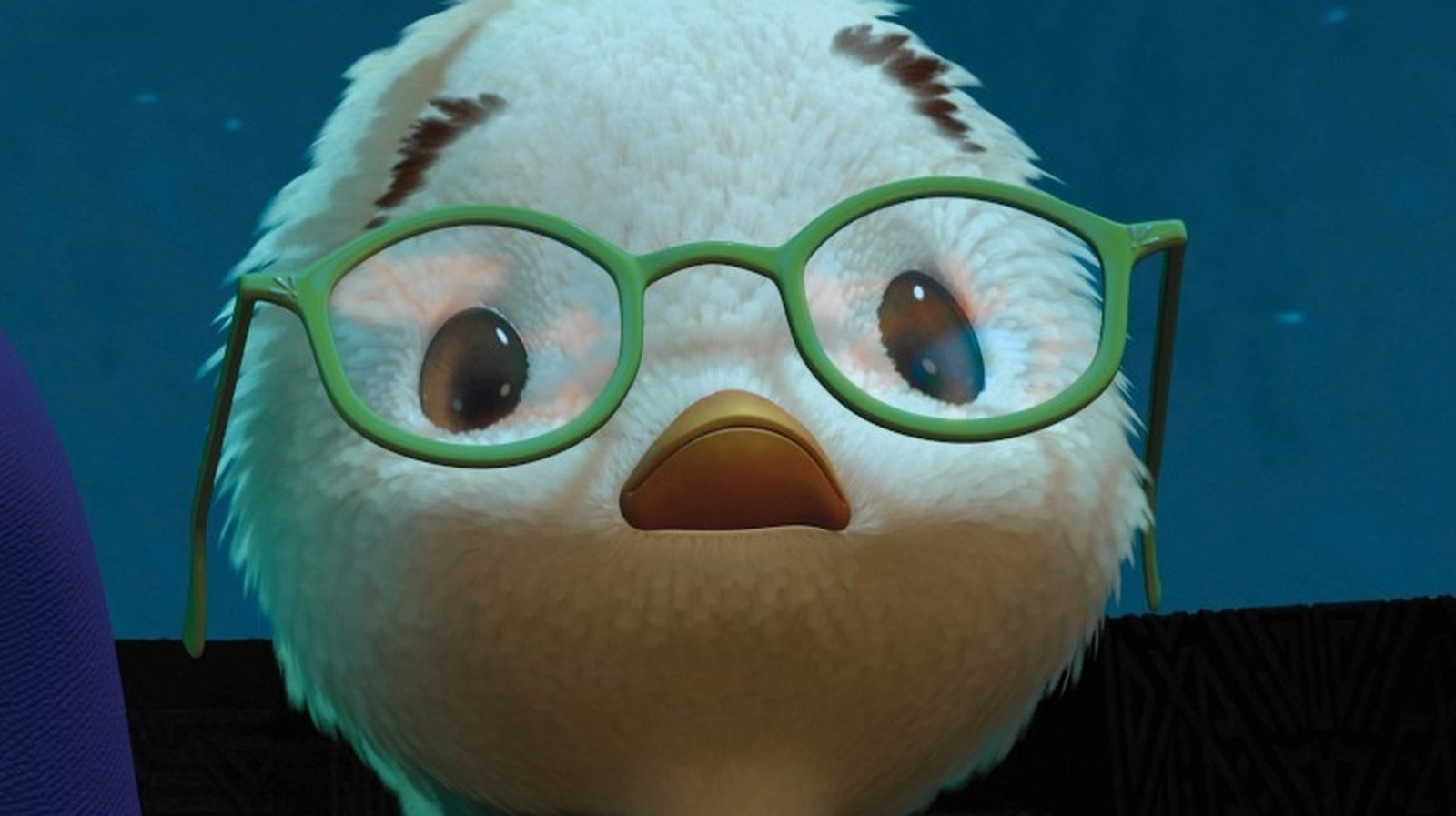 Generally, there is little in common between the horror genre and children’s media. Aside from the popular family scares found on Goosebumps or Are You Afraid of the Dark, there is usually no place for graphic or disturbing visuals and storylines. However, this does not mean that references to cult horror films are forbidden for children’s media – many of them are incomprehensible to young audiences.

Chicken Little, a movie that revolves around an alien invasion, has a couple of horror movie references along with references to other classic films. The first encounter with alien characters evokes a direct comparison with War of the Worlds, which premiered three months earlier. Just like in Steven Spielberg’s adaptation of the original H.G. Wells sci-fi story, the aliens in Little Chicken use tall, domed metal contraptions to move and interact on Earth. While not as tall, the overall shape is nearly identical to the 2005 film. Similarly, Abby Mallard says the line “It’s like ‘War of the Worlds’ over there” during the invasion. War of the Worlds is rated PG-13, which means some older kids might be familiar with these references. But the writers didn’t stop there, they also refer indirectly to Alien, which is rated R, after the kids first discovered the spaceship. Experiencing a panic attack, Runt describes the demise of Fish-in-the-Water after being kidnapped. He suggests that their friend is now acting as a “host for their face-hugging embryos”, a direct reference to the facehugger parasites from the film.