If you’re anything like me, you look forward to the annual Eurovision Song Contest as much as you do Christmas or New Years. For many years, it was an event that everyone talked about: for several months before it, they discussed who would win, and then they discussed the victory and next year’s stage.

This year the winner of the 66th Eurovision was the Kalush Orchestra of Ukraine. Despite the mixed reaction, it cannot be denied that the victory meant a lot to the Ukrainians in the conditions of a merciless war. Their homecoming was greeted by many fans who congratulated the band on their victory. So what’s next for them? Let’s dive in and see.

The Kalush Orchestra of Ukraine won the Eurovision Song Contest 2022 with the song “Stefania”.

The Kalush Orchestra of Ukraine won an incredible victory at Eurovision with the song Stefania. The song is dedicated to the mother of frontman Oleg Psyuk. Performed in Ukrainian, it combined rap with traditional folk music.

Although he was 4th after the national jury’s vote, he rose to first place thanks to a record 439 viewer votes. The winner’s speech ended with a call: “Save Mariupol, save Ukraine and help Azovstal.”

The winners returned home to Ukraine, but not before being warmly welcomed at the Polish border by soldiers and fans alike. 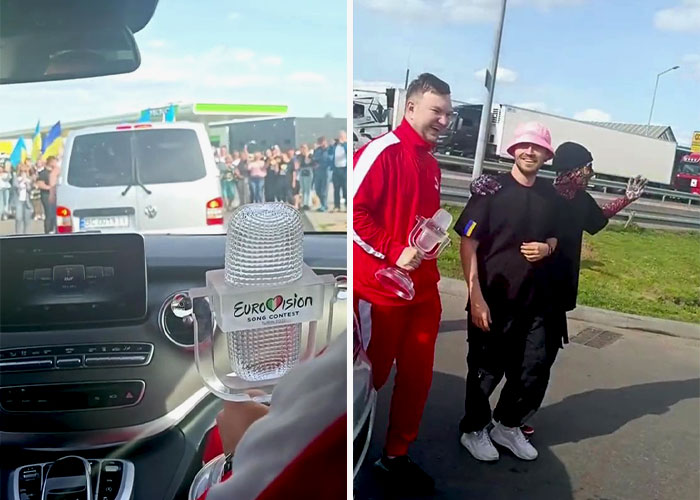 The group returned home on Monday and were met at the Polish border by servicemen and women, as well as a group of fans who expressed their support. Oleg was presented with a bouquet of yellow and blue flowers honoring the Ukrainian flag and reunited with his girlfriend before they sang an impromptu version of Stefania.

“Eurovision is a very important thing, especially this year. But the lives of so many people are much more important, ”Oleg said on border. The group plans to sell the Eurovision trophy to raise money for Ukraine’s military, hoping to raise hundreds of thousands of dollars.

“There are people who are ready to donate. It just motivates them a little more – they can own this trophy. Someone might think that it’s cool to have a statuette of the winner of Eurovision 2022 at home, ”said Oleg.

The assembled crowd sang Stephanie along with dancing and applause around the triumphant moment. 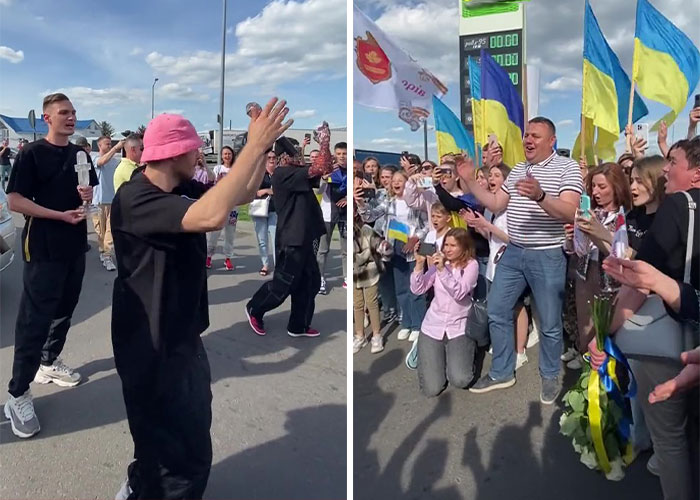 President Volodymyr Zelenskyy congratulated on Saturday evening, saying in Instagram post: “Our courage strikes the world, our music conquers Europe! Ukraine will host Eurovision next year! For the third time in its history. And I believe it won’t be the last. We will do our best to one day host Eurovision participants and guests in Mariupol, Ukraine. Free, peaceful, restored!”

Ukrainians watching on television also cheered for the victory, the song resonating with the war-torn country. So it is not surprising that people were delighted with the victory.

This was told by one of the residents of the city where the group originated. daily mail: “I love my Kalush. My wife and I watched until one in the morning. And we were happy to win. I jumped. I was in seventh heaven.” Pyotr Yugan, 74, went on to say that “I also want us to end the war as quickly as possible, and that would be an even bigger victory.” 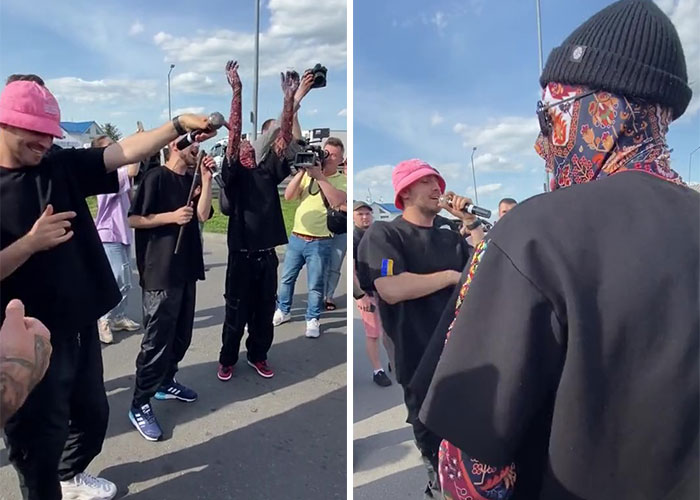 “I jumped. I was in seventh heaven,” said the 74-year-old Ukrainian who saw his country win the competition. 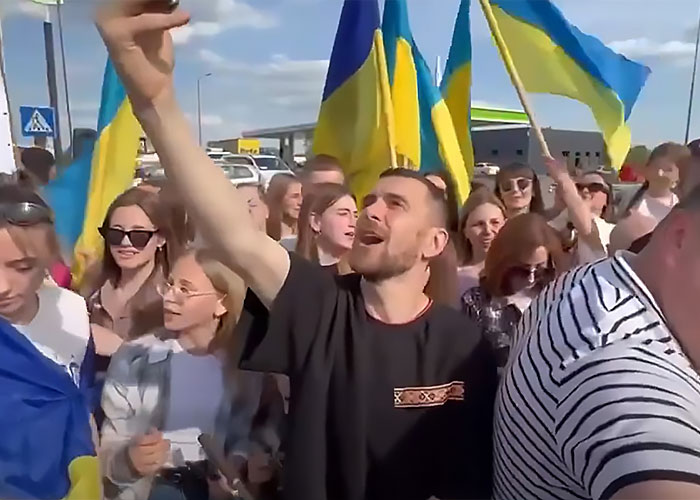 The Kalush orchestra was given special permission to travel to the competition, it had to go by land transport to Poland, and then fly to Turin. One of the group members stayed in Ukraine to fight.

Oleg said that upon returning home, they would take off their stage costumes and don Ukrainian resistance uniforms, joining their group in the fight: “Like all Ukrainians, we are ready to fight for as long as it takes.”

Stephanie’s message reached the hearts of many, as evidenced by a record 439 public votes. 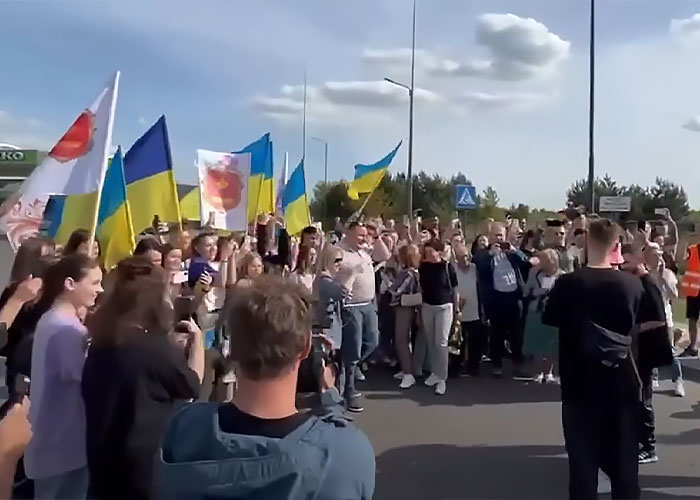 Ukraine was the favorite to win Eurovision this year, but it was not an outright victory. As discussed German Wave (DW), the national jury voted overwhelmingly for Sam Ryder of the United Kingdom and his impressive falsetto rendition of “Space Man”. However, Stephanie’s message reached the hearts of the viewers at home.

“We came here with a sad song and just a message that we, on the contrary, need to draw attention to ourselves. They are trying to destroy our culture right now, and we are here now to show everyone that our culture is alive,” Oleg told DW, explaining why the group decided to enter the competition despite the war. “Our music is lively and very interesting, it has something unique, its own personality and a very beautiful signature,” he added.

The Kalush band will join others on the battlefield. The group will also be selling the statue to raise funds for the war effort. 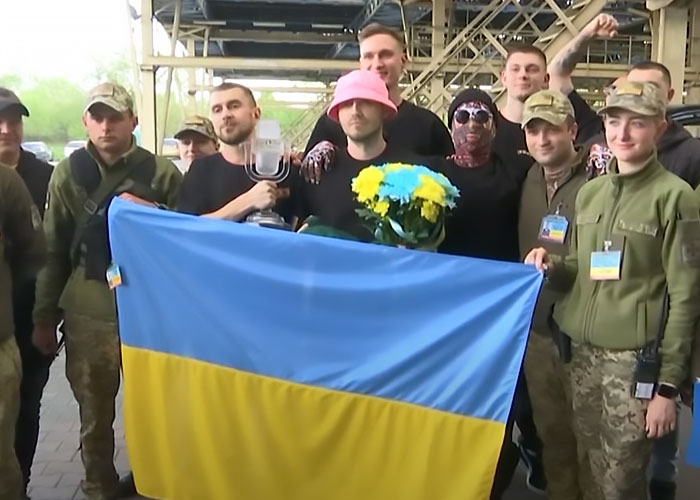 Traditionally, the winner takes over the next year’s competition. However, given the current situation in Ukraine, the EBU may reconsider hosting the event in Kyiv.

It is assumed that the runner-up could host instead, or the host will be chosen from one of the “big five” countries: France, Germany, Italy, Spain and the United Kingdom, who are guaranteed a direct entry to the final due to their financial contribution to the event as a whole. .

Many called the victory a “vote of regret”, blaming the competition for turning into a political rally rather than a song contest, and many artists proudly hold the Ukrainian flag next to their own or carefully hide it in their sets.

However, we must remember the purpose of Eurovision. First held in 1956, it was conceived as a desire to unite European nations through cross-border television broadcasts after World War II. So, whether you agree with the victory or disagree, one thing is certain – Europe will unite with Ukraine in difficult times.

Whether you agree with this year’s winner or not, one thing is clear – Europe is on the side of Ukraine. 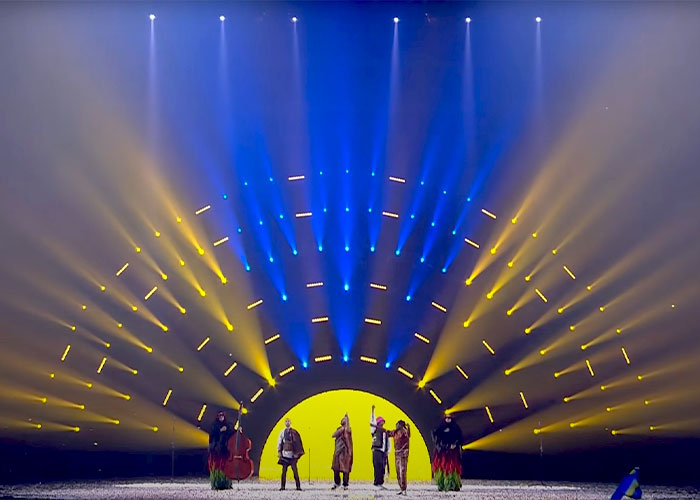 The war is now, at the time of writing, in its 83rd day. According to the UNHRC, more than 6.2 million people have become refugees, and many more have been forced to leave Ukraine and move in search of safety.

Losses and wounded number in the thousands, but we will get closer to the real numbers at the end of the war. If you want to support Ukraine, I will leave a link here; just click on the highlighted text and it will take you there.

You can watch the warm welcome here

Let us know your thoughts in the comments below. Did you like the Ukrainian song? Who was your favorite? Otherwise, I wish you a safe day!

People showed their love and respect for the song, even if it didn’t win them. We also look forward to seeing your respectful opinions.