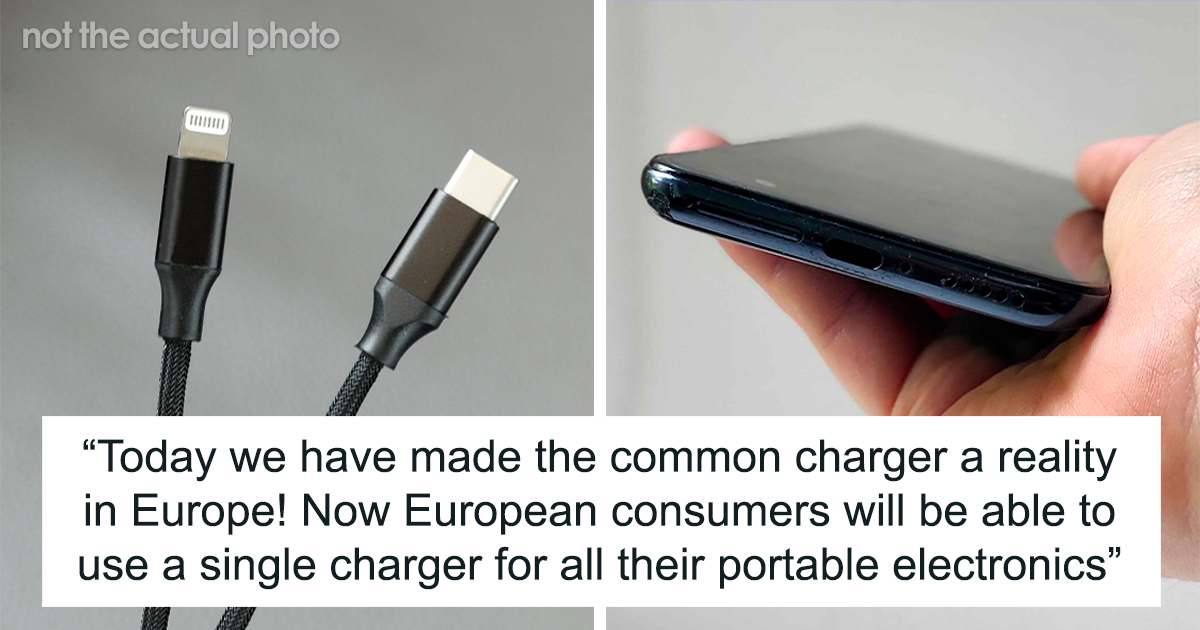 One cable, two cables, three cables, four… I won’t need most of you anymore! A new agreement has been reached that will make USB-C a mandatory charger in the European Union (EU) by 2024.

So, let’s dive into the sea of ​​cables and find out what it is. But before we do, dear pandarandas, please feel free to leave your thoughts on the topic in the comments below, vote for the story itself, and maybe follow the author for more! Okay, let’s jump into it! Take it? Zap? Because it’s electric… but oh well.

European Parliament and Council negotiators have agreed on a deal aimed at making USB-C a mainstream charger in the EU by 2024.

I’m sure many of us have a keepsake box full of the most random cables for this particular thing that you’ve probably already thrown away. But you can’t bring yourself to get rid of any of them just in case you need them.

Baby dragon, the time has finally come to unite them, and it starts today when European Parliament have agreed to a deal that will see USB-C become the mainstream charger in the EU by 2024. This is something that many people have been looking forward to, especially iPhone users.

Their main goal is to reduce customer hassle and reduce e-waste. The change will affect all small electronic devices. 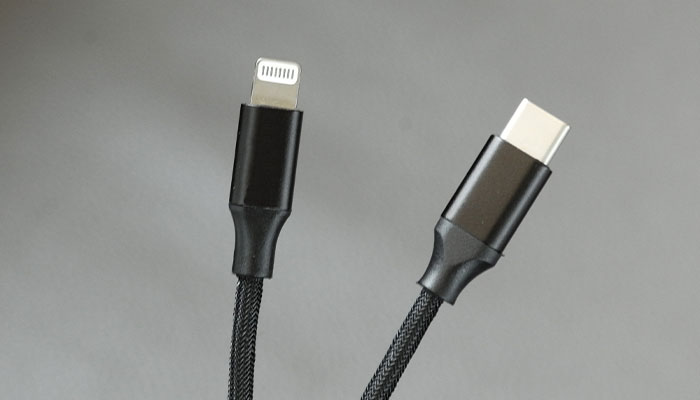 A statement about the new initiative has been circulated in the European Parliament, saying that the main goal is to reduce the hassle for consumers and limit e-waste.

This change will affect all small electronic devices such as smartphone chargers, tablets, e-readers, wireless headsets and laptops. They believe that buyers will be able to choose whether they want to purchase new devices with or without the charger itself.

From headphones to laptops, people will be able to use one charger for all their portable electronics. 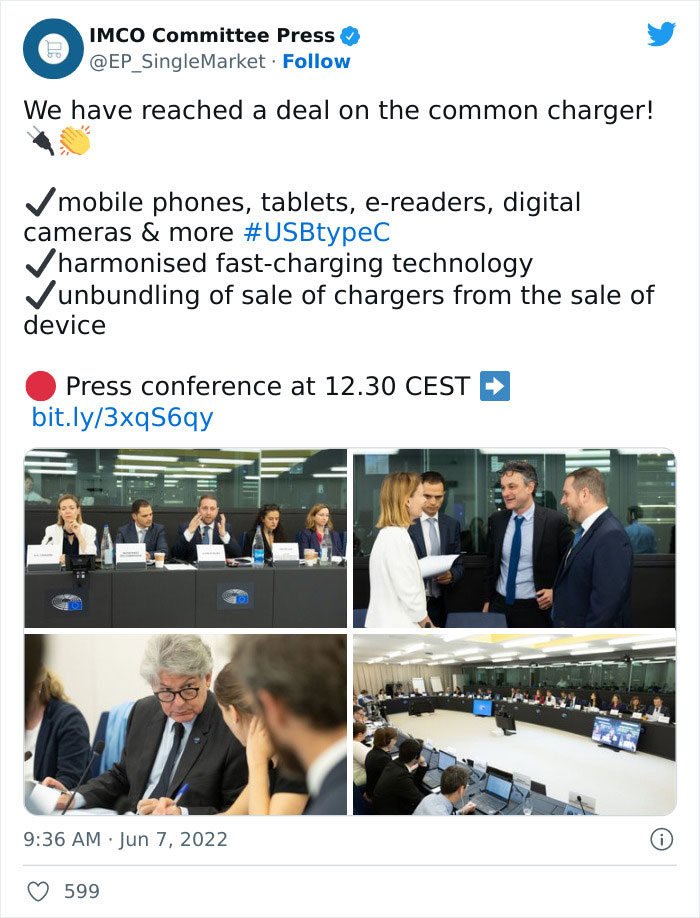 EP Rapporteur Alex Agius Saliba said: “Today we made the shared charger a reality in Europe! European consumers have long been frustrated by the piling up of chargers with every new device. Now they can use one charger for all their portable electronics.”

“We have also added provisions for wireless charging as the next step in the development of charging technology and improved information and labeling for consumers.” Switching to USB-C should allow faster charging speeds, which will also depend on the power of the charger itself.

People will be able to choose whether they want to buy new devices with or without the charger itself. 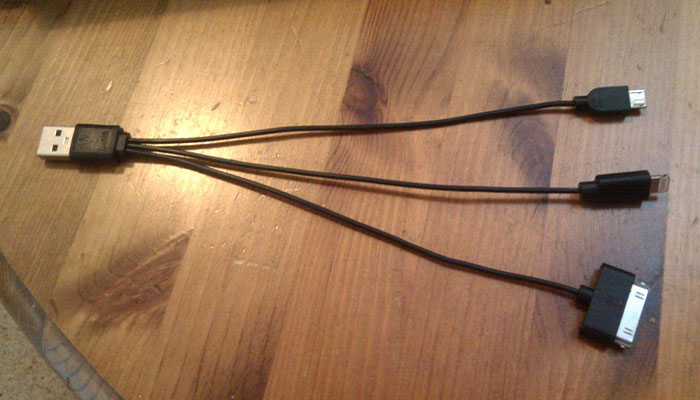 This will potentially be a big switch for all Apple users, given the wide range of cables used in all devices. All new iPads and MacBooks use USB-C, however iPhones still use Lightning, which can cause some issues when it comes to file transfer speeds between devices. It is also the only major brand smartphone without this type of connection.

USB-C ports were introduced on the 12-inch Apple MacBook in 2015 and the iPad Pro in late 2018, while other iPads have been shipping with the port since 2020. It’s not clear why the iPhone doesn’t follow the same pattern, but analysts from Use believe this is due to the loss of revenue from every Lightning cable and accessory that works with the iPhone.

Apple users may be the most affected given the wide range of cables used in devices, but no company should be excluded from the changes. 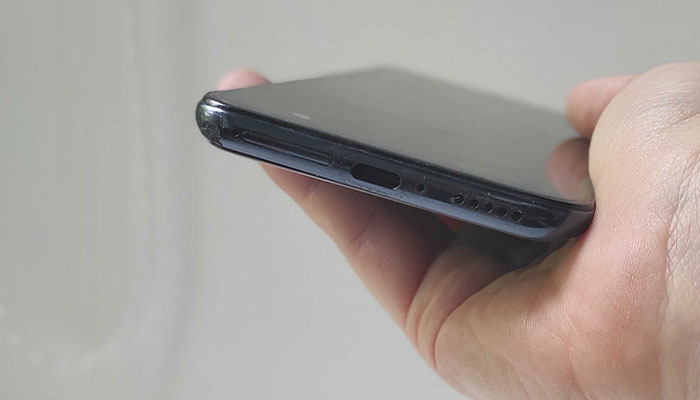 Thierry Breton, EU Internal Market Commissioner, confirmed during a press conference that no company will be excluded from the changes.

According to edge, he stated that “the rule applies to anyone and everyone. It is not taken against anyone. We work for consumers, not for companies, and we must give these companies the rules; clear rules for entering the domestic market”.

Parliament and the Council will have to formally approve the agreement before it is published in the Official Journal of the EU. 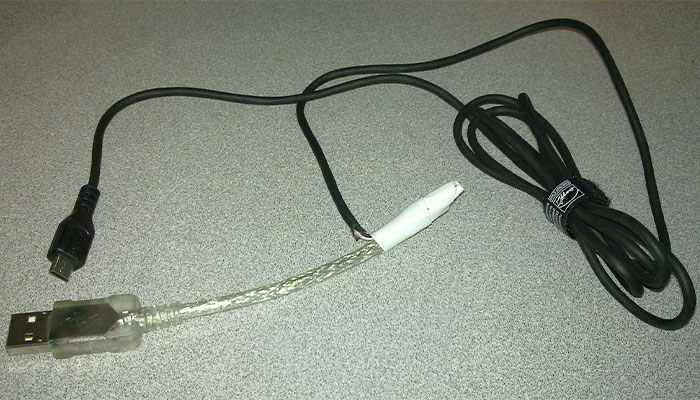 So what’s next? Well, according to a statement from the EU Parliament, “After the summer recess, Parliament and the Council will have to formally approve the agreement before it is published in the Official Journal of the EU. ”

“It will enter into force 20 days after publication, and its provisions will begin to apply after 24 months. The new rules will not apply to products placed on the market prior to the application date.” If all goes according to plan, this change is expected to take place in the fall of 2024, becoming a formality.

If all goes well, the change is expected to go into effect by fall 2024, but we’ll have to wait and see. 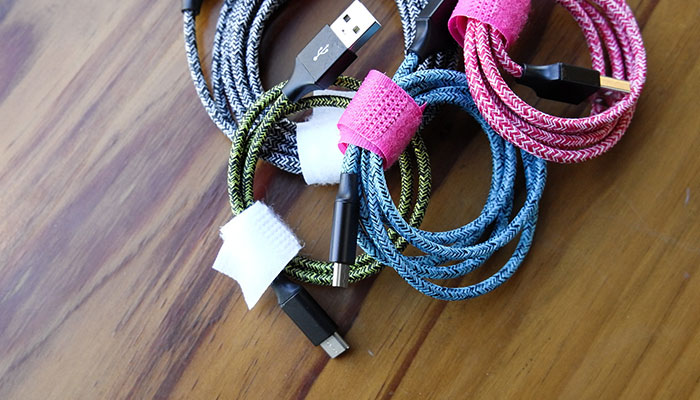 There is some debate as to whether this would be the best step forward, given the potential tons of waste that will be generated when people get rid of the cables they already have, as well as a metaphorical stop sign for further innovation.

And yet, it is difficult not to see the positive aspects. The fewer varieties of cable required, the fewer people need to own it and therefore the fewer resources need to be used. Especially if the cables can be recycled or dismantled for parts rather than just thrown away, this can prove to be very beneficial.

Let us know what you think about it in the comments and I wish you all a fantastic day! Until we meet again!

The announcement was followed by a debate, with some people believing it would increase waste and halt innovation. 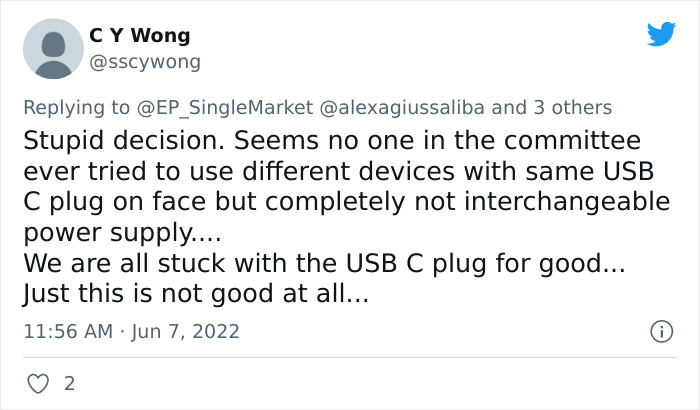 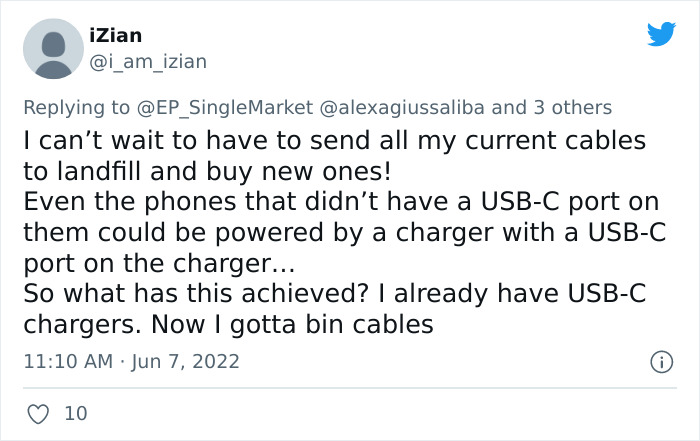 While others see the positives, excited about the long-awaited decision. Let us know what you think of it in the comments! 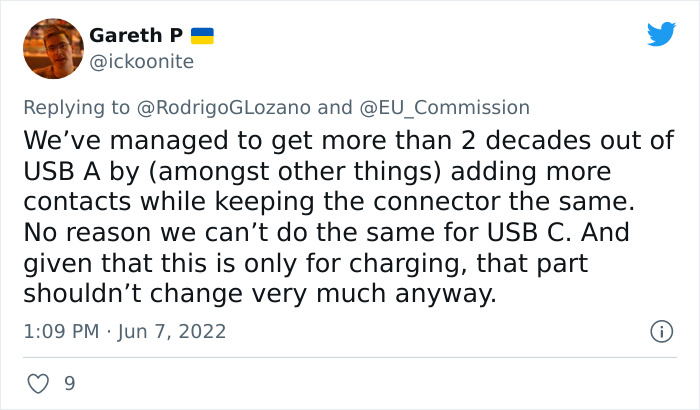 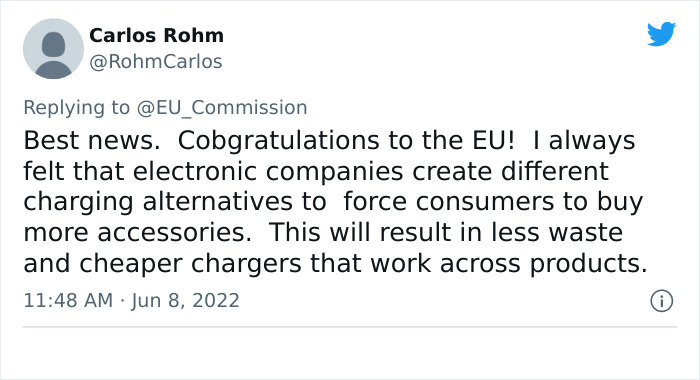 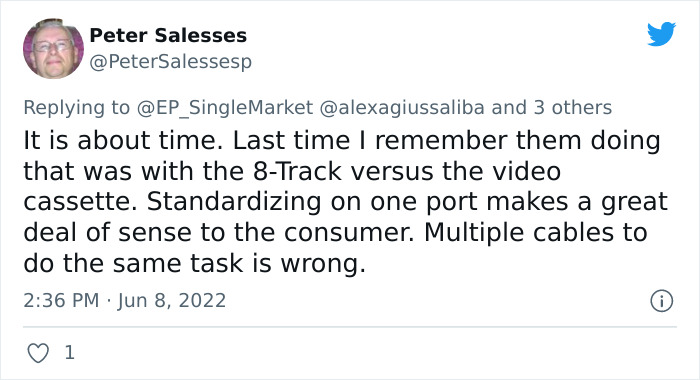 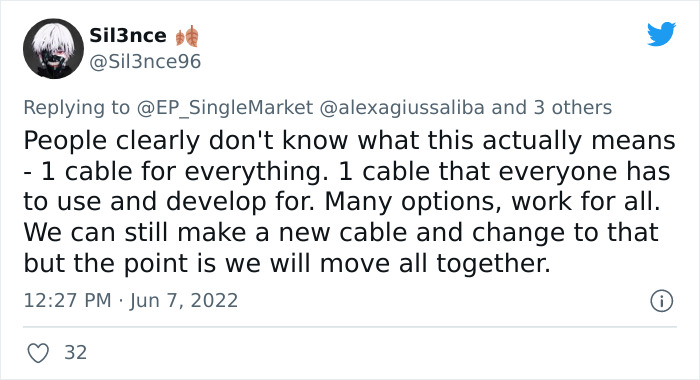 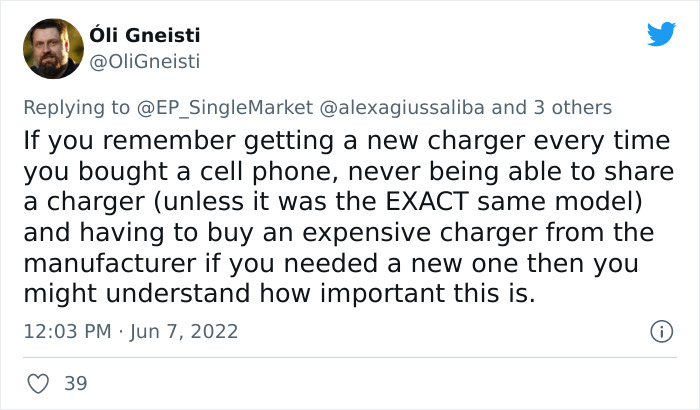 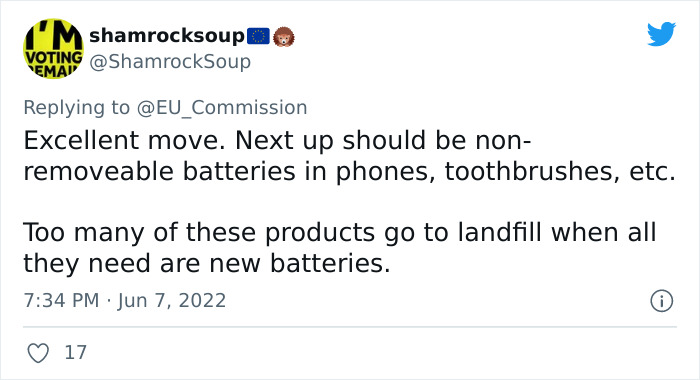