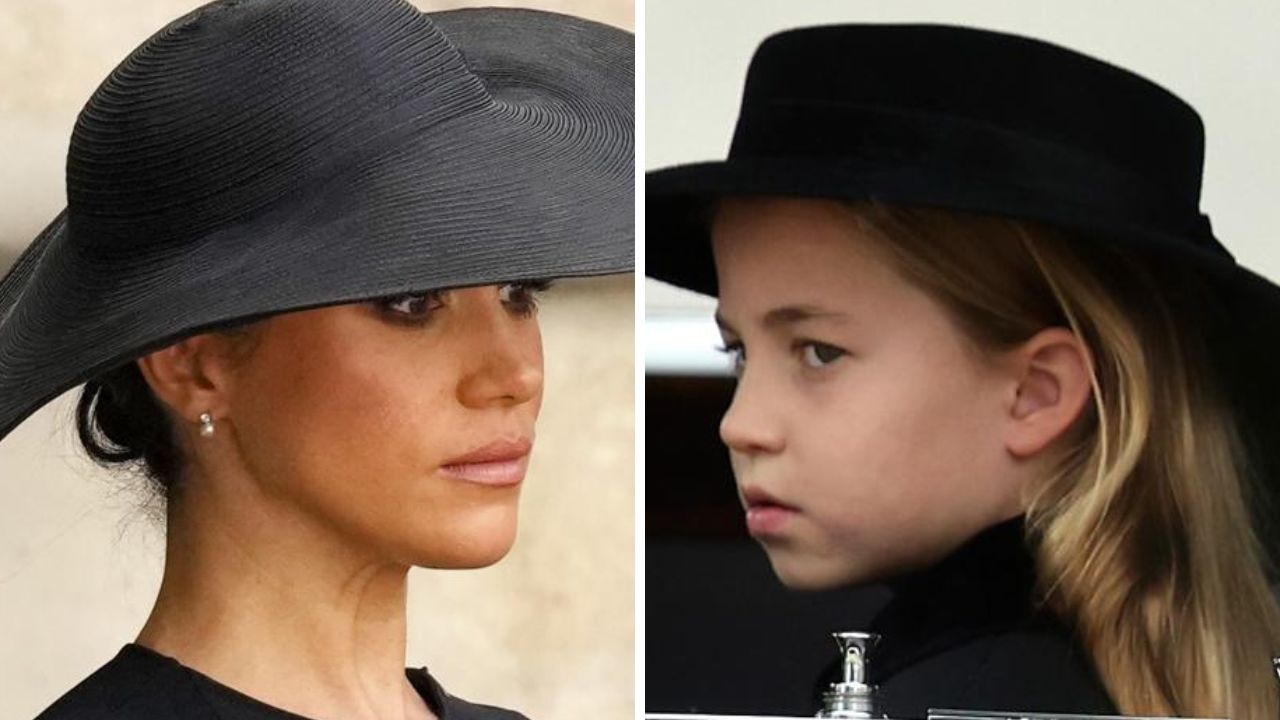 When the Queen was born in 1926, millions of women in the UK were still unable to vote, the radio was the latest fashion and women in trousers were still considered out of the ordinary.

It may sound painfully banal and obvious (it’s been a long 10 days), but the world Her Majesty entered 96 years ago is almost inconceivably different from the one she left behind this month.

Except for moments when it would seem that no one has succeeded in informing the royal family about the advent of the 21st century. (Wait until they hear about the shorts…)

Look at any stream of images you see today (they are inevitable) of young Prince George and Princess Charlotte at their great-grandmother’s funeral, and they could have been taken at any time during the past century.

In the photographs of the second and third in line to the throne, the two children look like Edwardian scum or antique dolls. (Very cute, but still.)

Watch this video of the royal party at Westminster Abbey as Her Majesty’s coffin is being whisked away: the princess and Camilla, the queen consort curtsy like in a textbook, while two children, despite hours of painstaking instruction and training, awkwardly follow suit , a few beats late. .

When I watch this video, I don’t see cute; I see something that makes me clearly uncomfortable.

George and Charlotte may have begun to appear at major royal events with increasing frequency over the past year, such as Prince Philip’s memorial service, platinum jubilee celebrations and for the prince in the royal box at Wimbledon, but none of these events are even remotely on one level with what they expected to experience yesterday.

Even watching the Queen’s funeral was a truly stunning sight. It was the largest state event perhaps in history, with over 4,000 military personnel, up to two million people lined the streets, and over 100 heads of state, and was predicted to have worldwide live television audiences in the billions.

Just imagine what pressure, the severity of the case fell on their too small shoulders.

Is it any wonder, then, that at times during the service, and then the slow procession from Westminster Abbey, past Buckingham Palace and to Wellington Arch, George and Charlotte looked like bewildered eyes like saucers?

There is a certain irony that, being forced to take on quasi-official roles in Westminster Abbey despite barely managing to get a correspondence license, they accidentally proved that Harry and Meghan, the Duke and Duchess of Sussex, were right. in one paragraph.

Ever since the Sussexes withdrew into the California sunset to join the empty ranks of Los Angeles celebrities in 2020, one of the Sussexes’ main grievances with the Firm has been the fact that the monarchy chews and spits out people to achieve the goals of the institution. Never mind the personal suffering, never mind the injuries inflicted or the emotional scars inflicted, all that matters is the survival of the archaic beast.

Harry was forced to walk behind his mother’s coffin as a child; Meghan’s mental health issues during her first pregnancy were not only ignored, but coldly ignored. Didn’t they know? The crown always comes first.

To that end, Görge and Charlotte were not at the abbey to say goodbye to their Gan-Gan, they were there to perform, and they were there to sell an elaborate image of continuity and unity, and to add a dollop of cutesy sugar to counteract the acetic presence of the Sussexes.

To put it bluntly, Her Majesty’s funeral was not only a chance to celebrate an extraordinary woman, life and reign, but par excellence a royal marketing opportunity. How could they pass up the chance to try and turn a few royal skeptics into at least palace curiosists with the help of a pair of adorable kids?

Before the funeral daily mail reported: “Senior palace advisers have asked the Prince and Princess of Wales to consider allowing Prince George to attend the Queen’s State Funeral tomorrow because of the powerful symbolic message that would send.”

One of the insiders told Mail: “The courtiers are keen for Prince George to attend the funeral in some capacity, if only to reassure the nation of the line of succession.”

It doesn’t matter that he is a nine-year-old boy – there is a country that feels a little restless! Quick, find that tiny suit.

I am not criticizing William and Kate here, I am simply pointing out that one cannot hide the fact that royal upbringing requires a reluctant willingness to serve one’s children for the good of the Crown. I’m sure it’s not easy for Wales or whatever they want to put their kids through, but that doesn’t make it any less nauseating.

Also, before anyone argues that George and Charlotte were just part of the process so that they, too, could say goodbye to their great-grandmother, this case falls apart if you look at the images inside St. George’s Chapel taken during the death service.

There, front row, are Princess Anne’s grandchildren Mia, 8, and Lena Tindall, 4, and Peter Phillips’ children Savannah, 11, and Isla, 10. the right place for George and Charlotte to get involved.

None of the young Welsh have reached double figures, and yet the monarchy is already making demands on them, already expecting them to sacrifice themselves for the highest royal good.

Duty and service have been the guiding stars of Her Majesty’s reign, and will continue to be so for George and Charlotte, whether they like it or not.